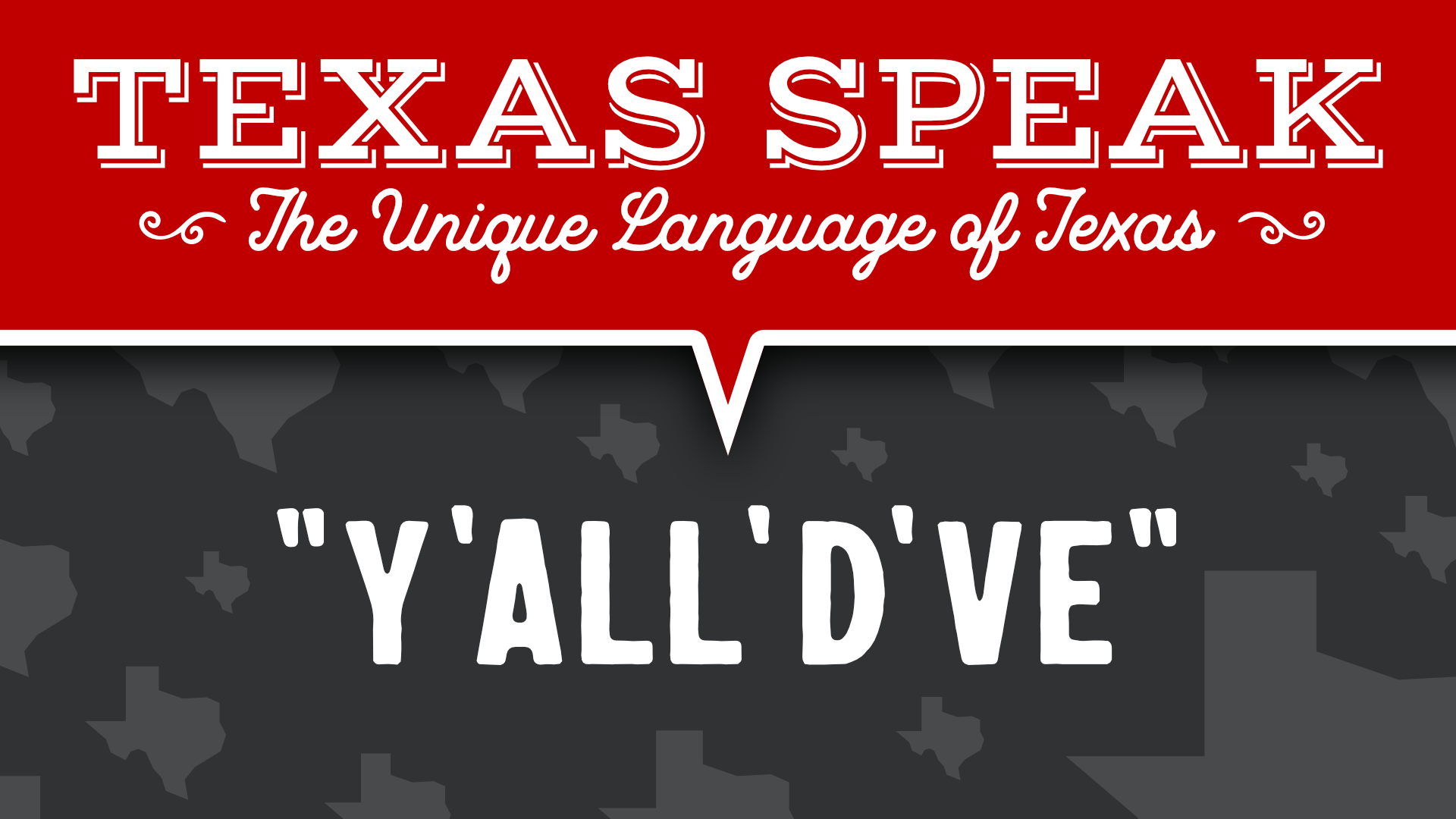 Texas has its own culture, and to some degree has its own language.  There are words we use that just don’t see common use anywhere else in the world.  One such gem is the multiple contraction “y’all’d’ve.”

“Y’all” is a fairly widespread Southern contraction of “you all”, and is one of the primary ways a Texan will indicate that “you” refers to a plurality.  You are simply you as an individual.  Y’all are all of you put together.  That part even the northern imports understand.  “All y’all” is a fairly common use as well.

But Texans have to outdo even ourselves. There’s no sense in saying all those extra words and letters so precisely, and so you may occasionally hear the mind-boggling “y’all’d’ve”.  Aside from being a legitimate attempt to get the most apostrophes into one single word, it’s a great Texan way to make one word out of four.  “You all would have” is just too much of a mouthful.

So how do y’all use the Texan y’all’d’ve?

Y’all’d’ve all been better off if Texas were still its own country.

Y’all’d’ve known better than to touch the electric fence if you’d’ve listened to me.

Y’all’d’ve not needed an interpretation of “y’all’d’ve” if you were from here, but now you’re here, so welcome to the country. Pull up a chair and sit a spell, and let’s have some sweet tea.

The Texian Partisan celebrates Texas culture, including our distinctive language.  Noah Smithwick is a 6th generation Texan from the hill country.