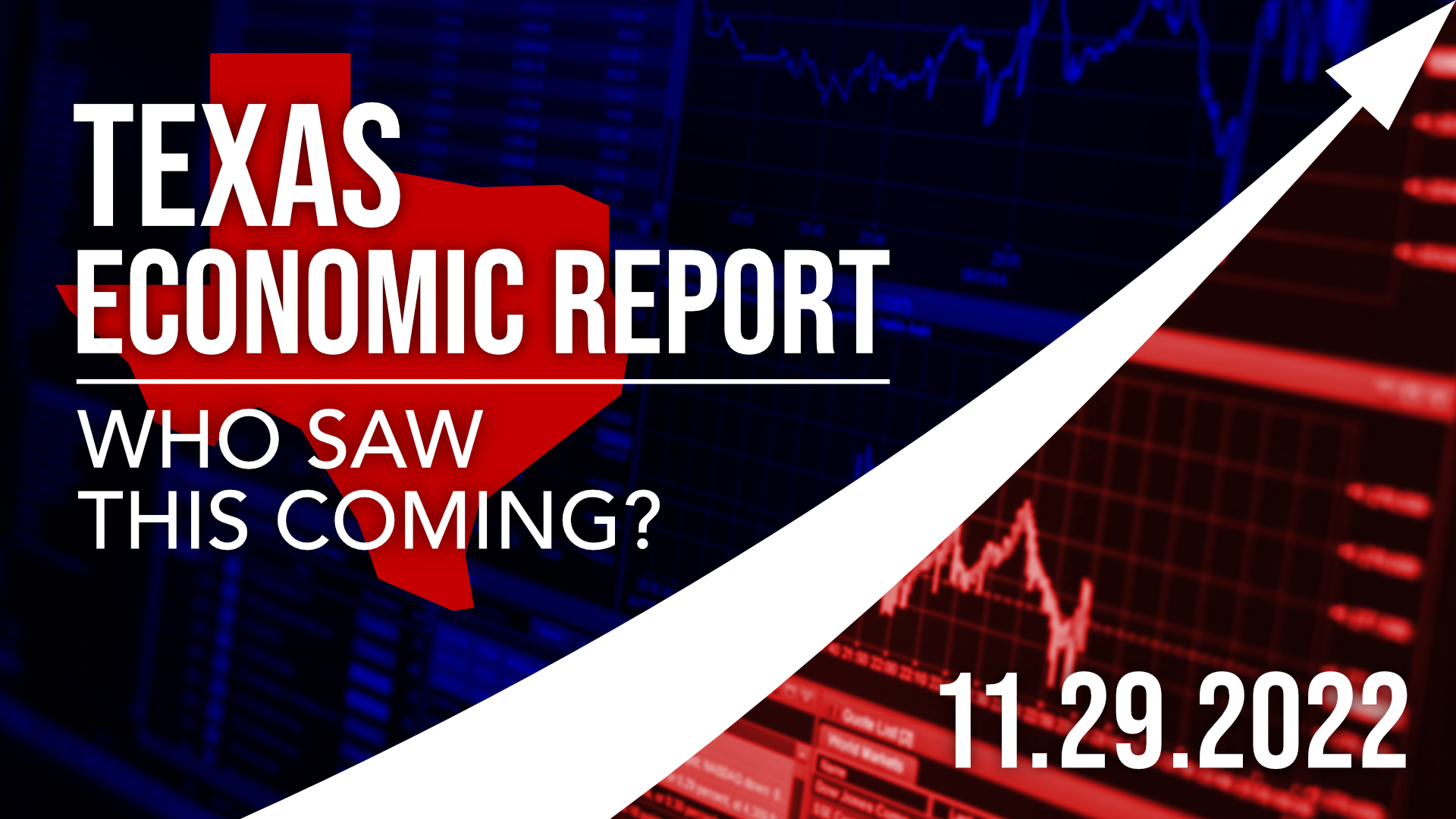 Rarely does the economic news fall in such a way to create a narrative consistent with what I have been warning about for years. This was just such a week of economic news. Read on, dear friends . . .

Why did inflation surge to a 40-year high? Here are 4 causes of the worst monetary-policy mistake in years: “The Federal Reserve has made two major policy blunders in the last 25 years. . . . The first was being unaware that the foundation of the U.S. banking system had been eroded away by complex mortgage securities that carried high credit ratings but turned out to be toxic during a broad housing downturn. . . . More recently, a misreading of the strength of the labor market and the persistence of price shocks sparked by the pandemic led to the highest inflation rate in 40 years and the final chapter of this saga is still to be written.”

NOTE: Let me be clear: the pandemic did NOT spark price shocks. Shutting the economy down sparked the first price shock, throwing “free” money at the problem created a second price shock, and bad domestic and foreign energy policies created a third price shock.

Texas is running out of pipeline at the worst possible time: “Texas has a natural gas problem. . . . But the problem in Texas is . . . they don’t have . . . enough volume in the available pipelines to get all of that gas to where it needs to be. . . . The Institute for Energy Research released a new report this week suggesting that if pipeline capacity isn’t improved with more pipelines being approved across a wider region, they will not be able to meet the anticipated levels of demand this winter.”

Code Red, Code Red! Diesel Company Warns Historic Shortages Are On The Horizon: “A diesel logistics company put out a red alert for at least seven states in the southern United States regarding potential shortages of diesel supplies coming to those areas very soon. . . . The company . . . released an “Alert Level 4” for the states of North Carolina, Tennessee, Virginia, Maryland, Alabama, South Carolina, and Georgia. These are the areas where they are seeing the biggest potential threat to normal levels of supply of fuel products very soon.”

Master Of Destruction: Biden’s EPA Creates A Major Roadblock For Energy Production: “As fuel prices surge and a nationwide diesel shortage makes headlines, the Biden Administration continues to attack the oil industry. . . . The Environmental Protection Agency announced on Thursday that a huge idled refinery in the U.S. Virgin Islands will not be allowed to open. It will remain closed until the owners acquire a new Clean Air Act permit.”

What is the end result bad energy policy on the economy . . .

Bidenomics: 41% of small businesses can’t pay rent this month, report warns: “More than 40% of U.S. small business owners say they couldn’t pay rent on time or in full for the month of November, the highest this year.”

United States Warned to Brace for Blackouts, Harsh Winter: “[A] new report from the North American Electric Reliability Council on the nation’s power supply over the coming winter months says there’s a lot to be worried about, including potential fuel shortages and blackouts in a quarter of the U.S.”

World ‘plunging towards societal collapse’ as era of cheap money ends: “The global economy is on the path to hyperinflation and risks societal collapse if soaring prices are not brought under control, one of the world’s biggest hedge funds has warned. . . . The . . . letter to clients said . . . central banks have been ‘dishonest’ in deflecting blame for the price surge from their prolonged use of ultra-loose monetary policy. . . . The sudden end to cheap money has ‘made possible a set of outcomes that would be at or beyond the boundaries of the entire post-WWII period.'”

Harvard economist Kenneth Rogoff says beating US inflation might require a 6% interest rate – and a severe recession is looming: “Conquering red-hot inflation could require lifting US interest rates above 6%, and a severe recession is looming, Kenneth Rogoff has warned. . . . The Harvard University economist shared his bleak assessment after the Federal Reserve raised its benchmark interest rate by 75 basis points to a range of 3.75% to 4% on Wednesday. . . . He predicted higher borrowing costs would eventually curb monthly job gains and increase unemployment. He also noted that strong labor-market data hasn’t translated into economic growth or productivity gains.”

Brits warned to brace for U.K.’s longest-ever recession: “Britain’s central bank warned on Thursday that the U.K. is facing its longest-ever recession, and it predicted the country’s unemployment rate could double by 2025. The Bank of England’s announcement came as it raised the base interest rate from 2.25% to 3%, giving it the most significant hike in 33 years amid dire economic forecasts.”

Top economist Mohamed El-Erian says we’re not just headed for another recession, but a ‘profound economic and financial shift’: “[O]ne major economist who has seen warning signs mounting for many months says this potential recession is unlike what we’re used to. . . . He referenced economic theory that a recession occurs when a business cycle reaches its natural endpoint and before the next cycle really takes flight, but he said this time . . . he sees the world experiencing major changes. . . He highlighted three trends that suggest a transformation in the global economy is under way. . . . The first transformational trend, El-Erian says, is the shift from insufficient demand to insufficient supply. . . . The first shift was driven by the effects of the pandemic, beginning with the entire system coming to a halt and stimulus from the government . . causing ‘demand surges well ahead of supply.'”

In this article:economic report, featured, inflation