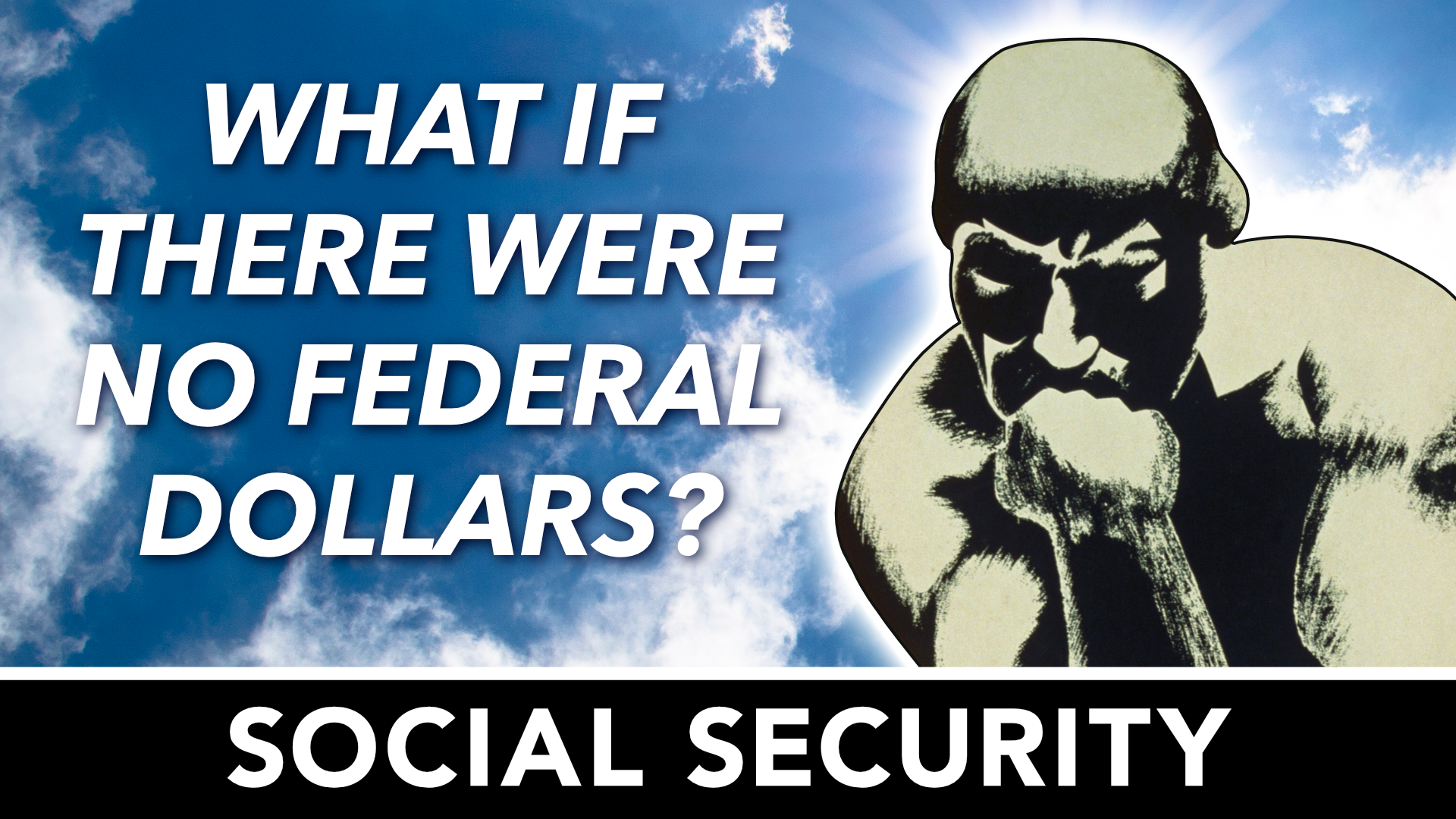 Social Security is one of the issues Texans are most concerned about when it comes to the nuts and bolts of untangling ourselves from the United States.  Fortunately there are some relevant precedents and some reasons for optimism.  As part of the Partisan’s “No Federal Dollars” series, let’s unpack the Texas Nationalist Movement’s resources on post-Texit Social Security.

The following comes from Daniel Miller’s book, Texit: Why and How Texas Will Leave the Union.

The Social Security issue is among the thorniest and the most complex. Before looking at how Texas should handle this issue in the negotiation and transition phase, it is important to make an honest assessment of the Social Security system as it is now in the United States.

While Social Security retirement benefits are perceived as an earned benefit, in actuality the benefits paid are at the discretion of the federal government. It amounts to a government-sponsored, government-mandated Ponzi scheme that relies on an increasing number of workers who pay into the system in order to pay out the benefits promised by the self-serving political class.

The faith in the government’s ability to meet its promises is eroding daily. A 2015 survey by Pew Research Center found that 41 percent of Americans think there will be no Social Security benefits for them when they retire. Another third believe they will receive significantly reduced levels of benefits.

When contemplating Social Security and Texit, it is important to keep in mind that the real possibility exists that Social Security retirement will disappear sooner rather than later. It is also important to think about current and future Texans who are forced to pay into a retirement system that could leave them destitute in their old age.

In a post-referendum Texit, Texas will need to think about Texans first and will have to advocate for them. While we can look for common ground in other areas of negotiation and seek opportunities for a win-win solution, when it comes to Social Security, Texas must take a “no surrender” approach.

Any Texan who has paid into the Social Security system and is currently receiving benefits should continue to receive them. This is non-negotiable. This was an obligation of the federal government to those who paid into the system and should, therefore, be met without question, hesitation, or reservation. This should be no problem for the federal government since it is possible for Social Security recipients to move to a foreign country and still collect their benefits. Additionally, those who have paid in should be able to preserve their accrued benefits for exactly the same reason.

Where the future relationship between Texas and the United States is concerned, this is more important than it might seem on its face. Post-Texit, there will be businesses that have feet in both Texas and the United States. Those businesses will want to seamlessly transfer workers from one place to the other without potentially subjecting them to dual Social Security taxation, the situation that occurs when a worker from one country works in another country and is required to pay Social Security taxes to both countries on the same earnings.

This is accomplished by the execution of what are known as international totalization agreements. Totalization agreements allow workers to combine the years they have worked in two different countries in order to be eligible for retirement benefits in one or both countries. The retirement benefits paid by each country are prorated based on the number of years worked there.

Steven Weiser, a tax lawyer with a practice focusing on international tax matters, explained how these totalization agreements work.

It is important to mention that if the United States fails to negotiate in good faith on this issue or if they fail to honor their obligations to hard-working Texans who have paid into their system, Texas will always take care of its most vulnerable citizens. The total amount of federal money that comes back to Texas annually for federal pension benefits is approximately $74 billion. This is far short of the $120-$160 billion annually that we overpay into the federal system that will now stay here in Texas. In short, if they choose the immoral route, we’ve got it covered.

Fortunately Texas is already leading the way with concrete examples of what a Social Security replacement could look like. Three counties in Texas have shown the public that they can opt-out of Social Security by setting up their own system for personal retirement accounts. This decision has allowed these counties to avoid any financial concerns and has even provided their retirees with a higher amount of retirement income.

Employees of Brazoria, Matagorda, and Galveston County have experienced a growth in retirement savings annually. Under their model, both employee and employer contributions are handled by a financial planner. The agency “First Financial Benefits Inc.” of Houston currently manages their retirement accounts and has done so since the system’s inception in 1981.

All of the contributions are collected, similar to bank deposits, and financial institutions begin bidding on the money. These same institutions guarantee that interest rates will not go down to a certain level, and may even go higher if everything goes smoothly in the market.

Under this model, accounts are able to earn between 3.75% and 5.75% each year, averaging at about 5% overall. This rate was even higher during the 1990s when it reached up to 7%. Ultimately, employees make more money when the market is up but will still earn something even when it goes down.

The “Texas Model” in these three counties has consistently outperformed the federal system with better returns and greater long-term stability.  Guaranteed retirement benefits from a private partnership are enticing for us in Texas, especially since studies continue to predict the depletion of Social Security funds in the near future.

In summary, it’ll all work out when it comes to Social Security.  Most likely the US will honor its obligations to Texans the same way it does for citizens who live in other countries around the world. If the US chooses the moral low road and breaks its commitment, Texas itself is already piloting model programs that could “replace” Social Security benefits and keep retired independent Texans’ futures secure.

In this article:featured, Social Security, Texit