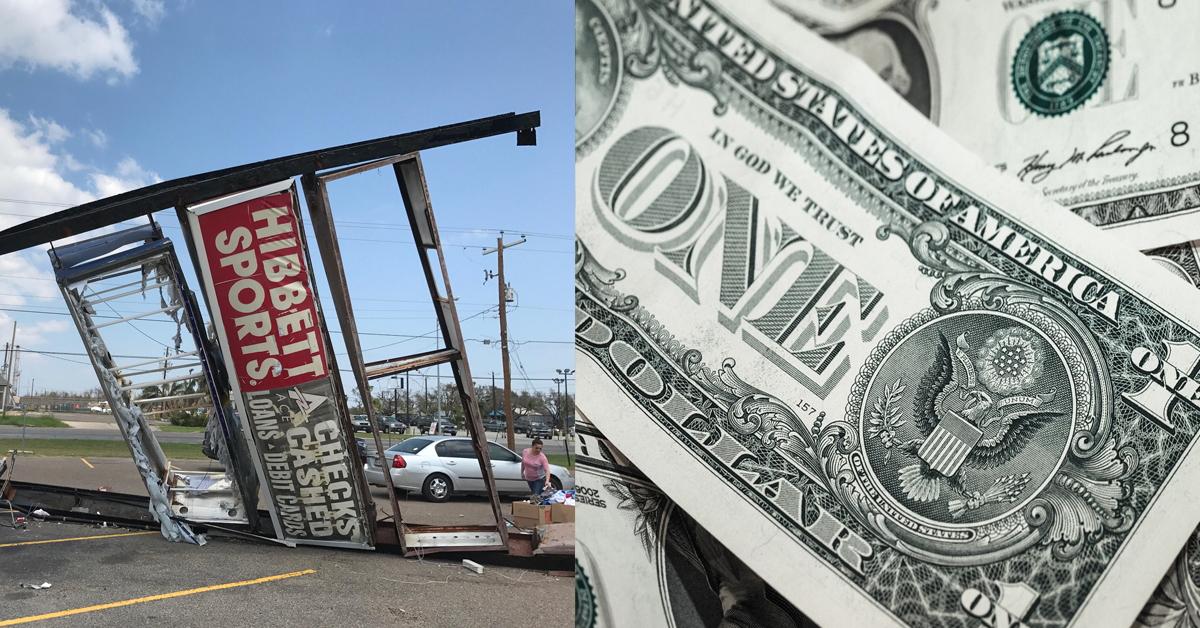 In 2012, the Obama Administration requested $60.4B for costs associated with the response and recovery from Hurricane Sandy. Congress approved $51B on January, 2013. Immediately after Harvey struck, Trump stated “you’re going to see very rapid action from Congress.” “We’re going to get your funding.” And yet, in October, Governor Greg Abbott requested $61B for Harvey and the very same Donald Trump is now arguing down the cost, asking a mere $44B for a storm that was, by all accounts, far more damaging than Sandy.

In the case of Texas, the White House now argues that Texas should foot a large percentage of the bill. “We feel strongly that they should step up and play a role and work with the federal government in this process,” said Press Secretary Sarah Huckabee Sanders. Abbott was emphatic, “What was offered up by Mick Mulvaney is completely inadequate for the needs of the state of Texas…” At this point, Texas has already poured over a billion dollars into Harvey recovery and will most likely use most, if not all, of our $10B Rainy Day Fund.

I don’t recall Obama arguing during the 2012 election cycle that the states affected by Sandy should foot a large percentage of the bill.

Let’s stop there and consider this concept wherein Washington D.C., which has systematically eradicated the concept of federalism over the last 150 years, has the audacity to argue that the costs of a natural disaster should be absorbed by a single state. Monstrous, ultra-expensive agencies like FEMA have usurped so much power that they can literally seize property at will, with no justification or special order from the President. Washington has also single-mindedly taken responsibility for revenue collection. Let’s face it, the states’ budgets are absolutely insignificant compared to the federal budget. Austin’s budget in 2016 was a mere $209B whereas Washington D.C.’s budget was $3.9T!

We’ve got to ask ourselves: if Texas is on the hook for up to 20% of disaster costs, why not just take back our tax money, own up to 100%, skip the FEMA confiscation and actually be masters of our own destiny?