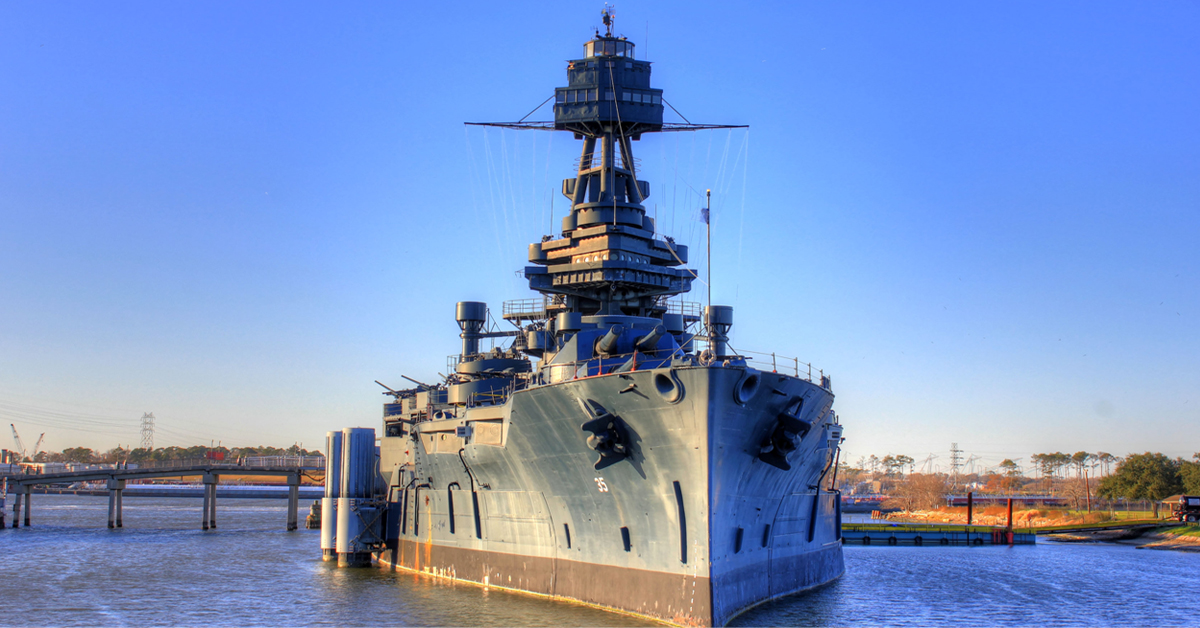 The famed battleship USS Texas was listing badly last week and was closed most of last week due a a series of leaks which overwhelmed the on-board pumps and caused the ship to list up to 15%. Texas Parks and Wildlife department announced that the ship was to re-open on the 16th, having been closed since the 12th.

This incident was only the latest in a continuous string of hull leaks that have plagued the park in recent years. Indeed, since at least 2012, the park has been closed numerous times because of such failures. The 103 year old steel-hulled Texas has been continuously immersed in salt-water since she was launched in 1914.

The USS Texas is the only ship of its kind to have served in two World Wars, and last surviving dreadnought battleship. The Texas participated in both the European and Pacific theaters during World War II, and brought pacific troops home at the close of the war. In 1946, the ship was awarded to Texas as the first battleship museum, and has been open for tours in La Porte since 1948.

In 2007, a state bond raised $25 million to put the Texas into a dry berth. However, soaring cost estimates put the ultimate $75 million project well beyond the available funds, and the plan for a dry berth was scrapped in 2012. The funds were ultimately used for the increasingly regular repairs to keep the ship open for visitors.

Ultimately, major repairs and a new strategy will be required if the ship is to survive for future generations. Stephanie Croatt with Texas Parks and Wildlife summed up the situation: “‘At this point, the only way to save the ship is to get her out of the water. We need to dry berth Battleship Texas at this point in time. The big problem is water. Plain and simple. We’ve got more water than the pumps can handle.'”

In this article:featured, leak, uss texas