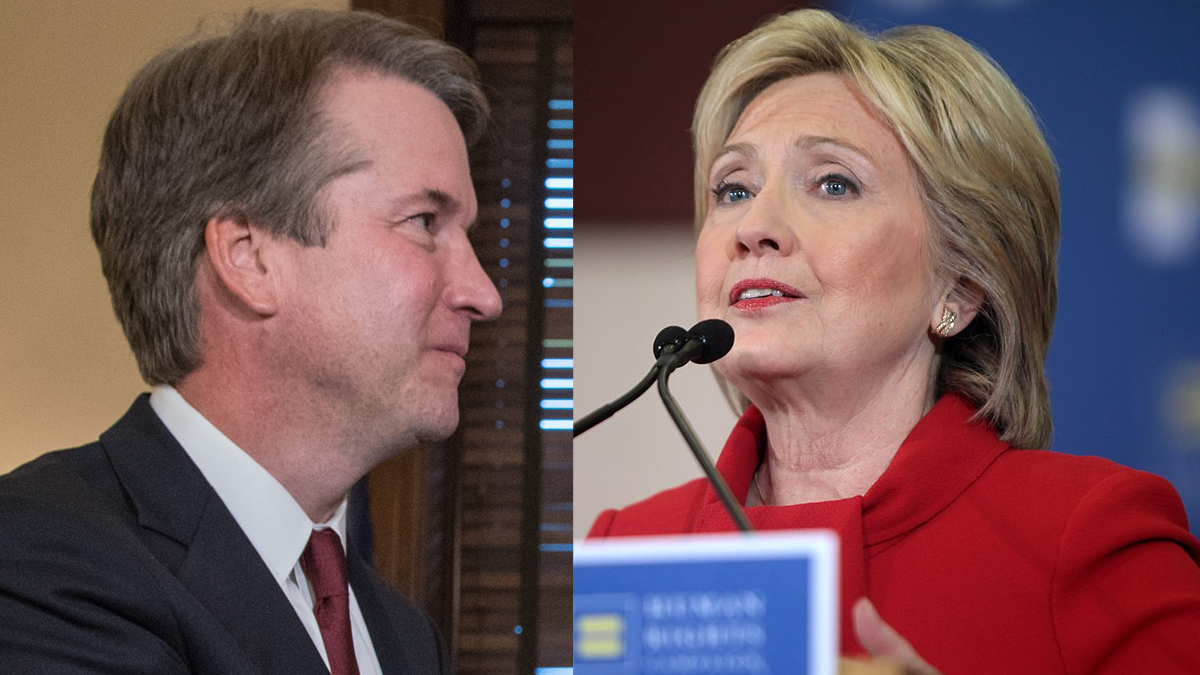 Hillary Clinton is back in the news with the latest in her never-ending quest to regain power by reinventing herself along political trends. And what trend is she trying to get in front of now? Political incivility.

Even casual observers of U.S. political life have noticed that the climate has grown progressively divisive and incendiary. The Kavanaugh hearings, where a Supreme Court nominee had unsubstantiated claims of sexual abuse leveled at him at the last minute in a cynical attempt to hold or destroy his nomination, is only the latest example of this trend. And it seems that the side that has overwhelmingly embraced such tactics is the left.

Every year presents new examples where normal standards of civility are tossed out, both as a tactic for reacquiring power and as emotional catharsis for dealing with its loss. Whether it’s political underhandedness (Kavanagh hearing), mob violence and intimidation (Antifa terror and recent flash-mob attacks on GOP figures patronizing restaurants), or attempts at violence and murder (attack on Senator Rand Paul and the shooting attack on a congressional GOP baseball practice), increasingly the left is embracing the assertion that otherwise political differences are actually examples of the other side’s literal evil, requiring a fitting response. The Democrat party and its allies have become the coast-to-coast distributor of the ends justify the means, and Hillary Clinton understands this.

In an interview with CNN, former Secretary Clinton had this to say:

You cannot be civil with a political party that wants to destroy what you stand for, what you care about. That’s why I believe, if we are fortunate enough to win back the House and or the Senate, that’s when civility can start again. But until then, the only thing that the Republicans seem to recognize and respect is strength.

Hillary book-ended this quote with assertions that the GOP is the one acting uncivilly, and the Democrats should reciprocate until they can get back into power and resume social niceties. And while this point is mostly dubious, that doesn’t mean there won’t be a GOP reaction eventually. Justice Kavanaugh predicted the tactics used against him would result in the Union “reaping the whirlwind,” a biblical allusion to a people’s sinful actions eventually coming back to them in judgement. And if devious political tactics become the norm, and the mob violence allowed to go un-punished, it won’t be long before a similar reaction, whether politically endorsed or not.

If this is the course set for the Union, two sides warring it out for domination, no sense of civility or fair-play, no sense of common unifying principles nor deference to the rule of law, then the Union is truly dead. Its time for each state to carefully consider whether a system of alternating subjugation and domination is truly the best way to run a political union. Instead, states like Texas should consider if we would be better off outside the Union, returning to a fully-sovereign republic, rather than remaining in the U.S. where we will be forced to endure extra-legal political impositions we find odious and the tactics of those that believe the ends justify the means.