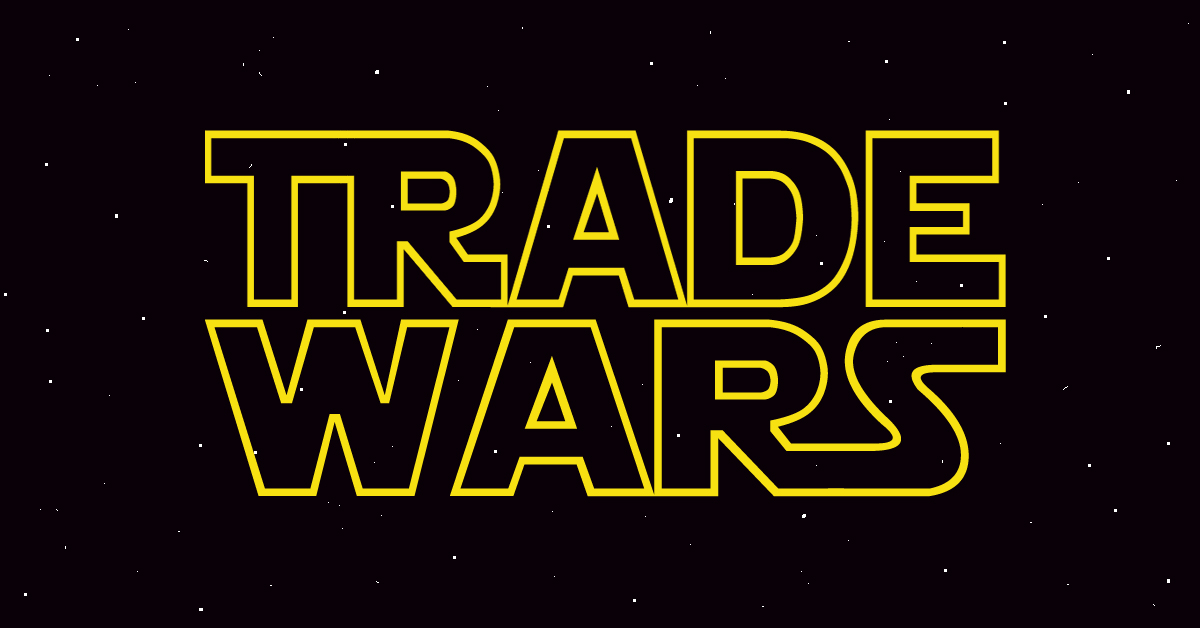 This summer, headed to a community near you, Trade Wars: The Protectionist Menace! No, it’s not the latest sequel in a tired sci-fi film franchise, but rather the trade policy of the federal government. It seems as though President Trump wasn’t bluffing after all, as the world embraces for a trade war with the U.S. In addition to China offering counter tariffs to Trump’s tariffs on steel and aluminum, Canada, Mexico, and the E.U. are getting in on a game where Texas consumers will be among the losers.

Since before the 2016 election, Trump has made it known that he’s terribly upset about the trade deficit the U.S. has with many countries. It’s a pity he couldn’t be as concerned with the budget deficit, but I digress. What that means is that some countries import less goods than they export to the U.S., likely with duties that are put on U.S. goods entering some of these countries. Sure, it would be nice if there was better parity for trade, but solving that is the tricky part. If you go with the bluff scenario, threatening tariffs may be useful in bringing concerned parties to the bargaining table. However, if that bluff is called, then it is the people of the involved countries that feel the brunt of it.

As anybody who’s familiar with U.S. history, or at least with Ben Steins Smoot–Hawley lecture from Ferris Bueller’s Day Off, as a revenue generator for the government, tariffs don’t work. It was thought that the Smoot tariffs would pull us out of the Great Depression, but they did not. In fact, the tariffs are recognized as a major contributing factor in “needlessly prolonging the economic disaster.” The reason for this is simple: tariffs amount to a tax on the consumer.

Putting tariffs on foreign companies result in that extra cost being added to the price of the good, and that extra cost is then passed along to us. If we are unwilling or unable to pay for these goods, then the government gets nothing out of the deal. Furthermore, American businesses that need foreign goods or parts may go out of business if not able to find or afford an American equivalent. That means more people out of work and even less tax revenues from the lost economic activity. Also, compounding these issues is the fact that one tariff tends to encourage a retaliatory tariff, doing as much damage to the economies of both countries as bombs being dropped from a B-1 would do to our cities. If the involved parties don’t de-escalate, that up-swing economy you hear so much about, you can just forget about that.

It’s doubtful that Trump will back-down before the involved powers set their tariffs into effect, as the belief in tariffs seems to be one of his few consistent positions. This means that we can look forward to depressed economic activity very soon. However, is it really necessary for Texas to feel the pain with the other 49 of these United States? If the U.S. wants to get involved in firing economic salvos at its allies and competitors, let them, but surely Texas can do better than that. If Texas finally reclaimed its misspent sovereignty from Washington, setting its own trade policy, we could keep a better focus on the economic needs of Texans. However, we had better decide quickly if we want to go it alone or remain tethered to a federal government that seldom looks after Texas’ best interests… for begun this trade war has.