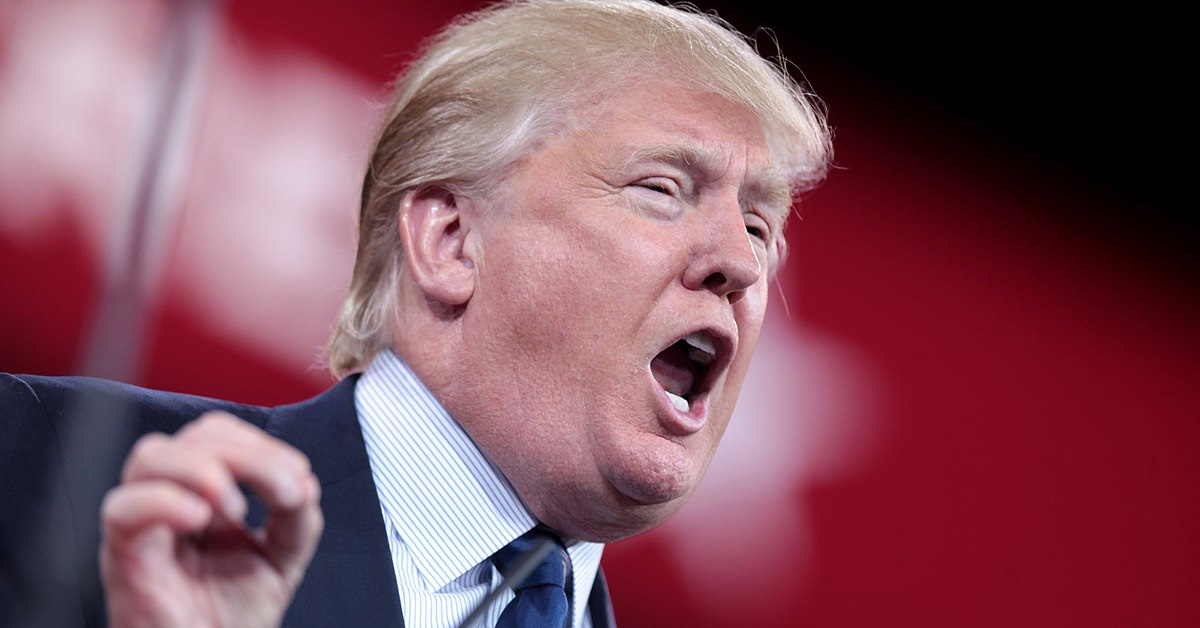 Yesterday, President Trump put out a tweet. I know, right? What else is new? He does that all the time, and they’re often over the top! Well, what makes this tweet noteworthy is its topic: the national debt. This is a subject that Trump seldom discusses, but when he does, it makes you wonder if you should start burying coins in the backyard.

Trump said, “Funny to hear the Democrats talking about the National Debt when President Obama doubled it in only 8 years!” Ok. He’s got a point here. Under George W. Bush, we were all treated to sermons about how deficit spending was “unpatriotic” from none other than Senator Obama. Bush and the GOP did increase the debt to upwards of $9 trillion. However, when Obama became the next President, did he cut spending and put us on a path towards fiscal solvency? No. When he got into office, he and his allies in Congress doubled the debt from what it was before, to say nothing of ignoring the looming $80+ trillion obligation to unfunded mandates, a bill we can’t possibly pay. Now that the Democrats are back on the curb with little power to call shots for which they can be held to account, they’ve gone back to complaining about our massive debt! We all know that this isn’t some kind of moral epiphany about deficit spending (and this time they mean it!), rather this is just the struck-out team taking their turn in the field, the progression in a pattern of political gamesmanship. The debt, to them, is a political weapon to gain-back power. They know full well that they’ll increase it once they’ve replaced the GOP.

Then, what’s the problem with Trump’s tweet? Well, for starters, during the Obama years, the GOP loved to talk about the danger to America posed by the National Debt, and rightly so! However, they’ve been fully in charge of federal government for about a year now! So, if the debt’s so important to the GOP, why haven’t they done anything about it?

I suppose you can blame it on RINOs (as I’m sure many will) who want to please their left-of-center constituency. Indeed, a few left-leaning GOP senators have been able to hold up Republican agenda items, due to their slim majority. But tell me, have the Republicans even tried to pass meaningful spending reform? What prominent Republican has proposed a solution to this problem that will (if left to continue) likely collapse the economy? None. The fact of the matter is, even with the GOP in charge, we’re still deficit spending northwards of half a trillion! You’d think that such a crisis would compel the President to take a leadership role, declare this an emergency and then reason, cajole, or otherwise troll Congress into taking care of it! However, what we get is crickets. They aren’t even lying to us, just ignoring the problem. If only the President took the debt as seriously as he takes the NFL protests, taking shots at Elizabeth Warren, or demanding a thank you from a TV personality for getting his kid out of a Chinese prison, then maybe we’d see some serious efforts on tackling the debt! Unfortunately, he doesn’t.

For anybody paying attention, it should be obvious that Washington is going continue to treat the national debt like the shark in Jaws: ignore it until it swims up and bites us on the tuchus. The Democrats, for all their complaining, have already proven they’ve no intention of cutting spending, but the Republicans have also proven undependable. This because both party’s political power is based on promising the voters other people’s money, or even money that doesn’t exist. To ask them to make real cuts in spending, not just cuts in projected increases, well, you might as well ask them to cut their own throats! And while the President might think it’s unfair to have criticism on the debt levelled against him, even he has not treated the situation with the urgency it demands. It’s not enough to say “MAGA, MAGA, MAGA!” If you truly want to make America great again, you must make the tough decisions and take the political hit, if necessary. Power, and merely holding on to it, is worthless if you don’t use it. And a choice between a managed decline for the Union and the more rapid decline of the Democrats is no choice at all. If we’re going to go off the same cliff, who cares which party’s driving the car?

At this point, if anyone thinks Washington will ever reverse our enormous debt, then I have a bridge to sell you in Brooklyn. If Texans wants to protect their economy, to rescue the value of our citizen’s money from dropping below garbage the night after the U.S. defaults on its debt, then I’m afraid we’ll have to do it ourselves, by ourselves. Texit.