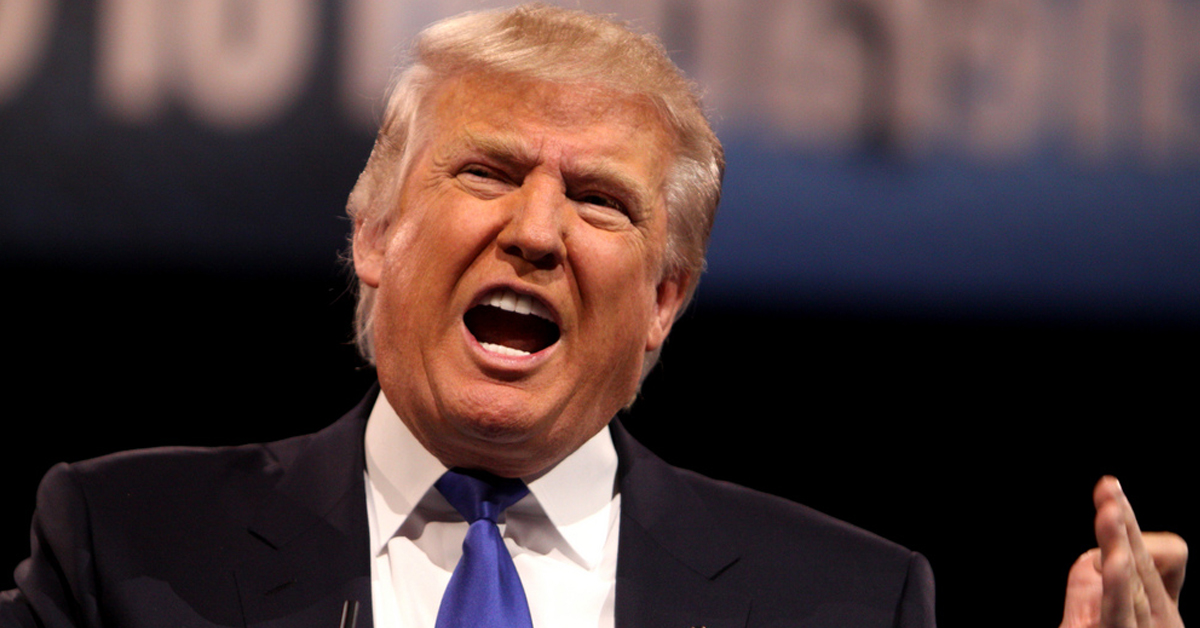 If you thought last week was upsetting with all the Trump administration walk-backs on many important promises, it seems that Trump may have only been getting warmed-up. This week, The Wall Street Journal was told by a European official that the U.S. will “‘not be renegotiating the Paris Accord'”

The Paris Accord involves new global requirements on each of the signatory countries to cut carbon emissions, in accordance with the beliefs of anthropogenic global-warming proponents. Previously, the Trump administration said they would withdraw from Paris because the treaty was “‘unfair‘” to the U.S., creating an un-level playing field for the businesses of some countries over others. In what could be a reversal of this opinion, according to the Journal, a new proposal was revealed by White House senior adviser Everett Eissenstat at a Saturday meeting.

Although this news was greeted with typical denial by the White House, soon after, Secretary of State Rex Tillerson confirmed that it was at least under consideration. When asked by the host of Face the Nation whether we might stay with Paris under certain conditions, Tillerson said:

I think, under the right conditions. The President’s said he’s open to finding those conditions where we can remain engaged with others on what we all agree is a challenging issue.

Granted, it’s not an absolute yes, but it certainly isn’t “Absolutely not,” which is a more appropriate response when asked if you will reverse policy that is very much celebrated by Trump’s base. Nonetheless, a pattern of left-wing overtures and subsequent disavowals is starting to emerge with the Trump administration.

The most recent example of this pattern happened last week, when Donald Trump was reported to have worked out a deal with congressional Democrats to give amnesty to the so-called dreamers, without getting any sort of deal for funding his promised border-wall. Such a deal would be an apparent betrayal of a years-worth of campaign promises. And even though there is much supporting evidence to suggest this is true, including Trump’s own tweets that make arguments little different than Barack Obama, this was met with fierce denial by the White House after its leaking drew sharp criticism from some of Trump’s biggest supporters, with Breitbart labeling the President “Amnesty Don,” and Ann Coulter, the author of In Trump We Trust, suggesting he should be impeached. 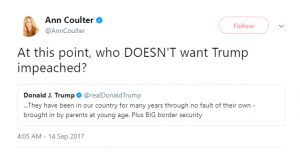 Those supporters that are emotionally connected to the person of Donald Trump are likely to believe what President says in the moment, no matter the veracity of reports indicating the opposite nor Trump’s previous statements to the contrary. However, we would all do well to consider this: Donald Trump was elected as the guy who would finally deliver on conservative change, when other supposed RINOs could not. Since his election, he has had zero major legislative accomplishments, and has also changed his mind on many of his promises to his base for one reason or another. Did he tear up the Iran agreement? Nope. Has Hillary or any former Obama administration official faced criminal charges for their alleged crimes? Nope. Has he repealed Obamacare? Nope. Has he funded the creation of a border wall? Nope. Has he stopped Obama’s illegal amnesty? Nope. In fact, even now, he seeks to legalize DACA rather than eliminate it. The list goes on and on. 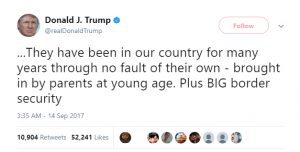 Though some of Trump’s promise-breaking may be because he initially over-promised on certain things, and others because he preferred to delegate rather than lead, but much of this seems to be either the President’s change of heart or merely the reality of Trump’s beliefs casting aside the façade of what he pretended to believe. If we blame anyone other than Trump himself, saying that the weak-willed GOP leadership made him do it, then we have to acknowledge that Trump is not nearly the tough-guy we took him for. Ultimately, the buck stops with Trump, and thus far he has failed to deliver on the winning that he promised we would get sick of, for winning all the time. Far from being the POTUS of git’r done, as we were sold during the campaign, it seems that Trump is the Pope of Nope.