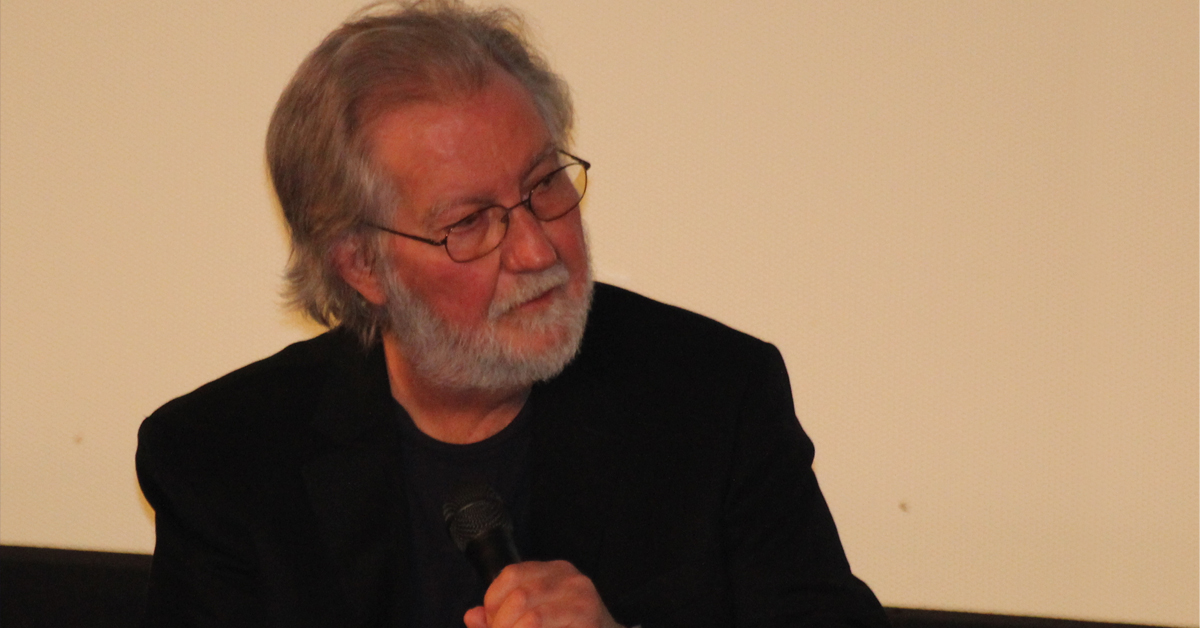 With all the necessary focus on the impact Hurricane Harvey has had on East Texas, here’s a bit of sad news that escaped our mentioning and richly deserves noting. Texas native and renown film director, Tobe Hooper, died at the age of 74 of natural causes in Sherman Oaks, California. His passing took place on the 26th of August, an obit that he shares with another horror-alum from silent cinema, the uncanny Lon Chaney Sr.

Hooper began his career as part of a new and independent group of film-artists in the 70’s and 80’s, among such peers as John Carpenter and Wes Craven, who reestablished the genre of the horror film. Hooper and these other cinematic up-and-comers crafted macabre tales that took more cues from Alfred Hitchcock than Bela Lugosi, leaning less towards the supernatural and focusing instead on the horrors that might prowl just around the corner.

Hooper was able to trade on the success of his early independent work in the Austin area to establish quite the career for himself in Hollywood. He worked concurrently on both film and television projects for over 30 years, including the Stephen Spielberg collaborations Taken and Poltergeist, the latter which remains one of my personal favorites from Hooper, and just in general. Poltergeist was a great piece of story-telling with a very human heart, and it’s undoubtedly as effective a thriller now as when came out in 1982. But whatever the genre or topic he chose to engage, Hooper was a consummate craftsman.

While other tributes may focus more on his well-known works, I couldn’t let slip the opportunity to discuss one of his greatest films projects, the TV miniseries Salem’s Lot, based on the eponymous Stephen King novel. A few years ago I reviewed the film for another site, and in it I stated that “… in a world where the legacy of horror is held by the purveyors of teen vampires and torture cinema, Salem’s Lot is that rarest of cinematic commodities: a quality horror movie that is truly and enduringly scary. After all these years and seeing this movie many times, it still gets to me.” There is little else I can add to that toast. Please, check this film out!

Yet, no remembrance of Tobe Hooper would be complete without a mention of his seminal work, The Texas Chainsaw Massacre. This is really the movie that, more so than any other, redefined horror for a generation and put Hooper on the map as a cinematic force to be reckoned with. Without it and its primary antagonist, Leather-face, you probably wouldn’t have other such colorful villains as Michael Myers, Jason Voorhees, and Freddy Krueger.

As a fitting tribute to Hooper’s skill as a film-maker, it’s good to mention that although there is nearly 100 years of movies set here, The Texas Chainsaw Massacre is arguably THE film most identified with the Lone Star State (for better or worse) than any other. And while this assertion might be a source of offense for some, that through this film Texas is collectively thought to be an isolated and dangerous place filled with exotic terrors waiting mere miles down a dusty road, it isn't for me. Though Texas may have received an unearned bad rep in the American zeitgeist because of TCM (unearned, for it draws on the life of Wisconsin serial-killer Ed Gein to fuel its horrific narrative rather than any actual Texan), I don’t think it’s necessarily a bad thing if the rest of Union is just a bit wary of Texans. If such notions lurk in U.S. public’s subconscious about Texas, then maybe they’ll be a little more inclined to leave us alone.