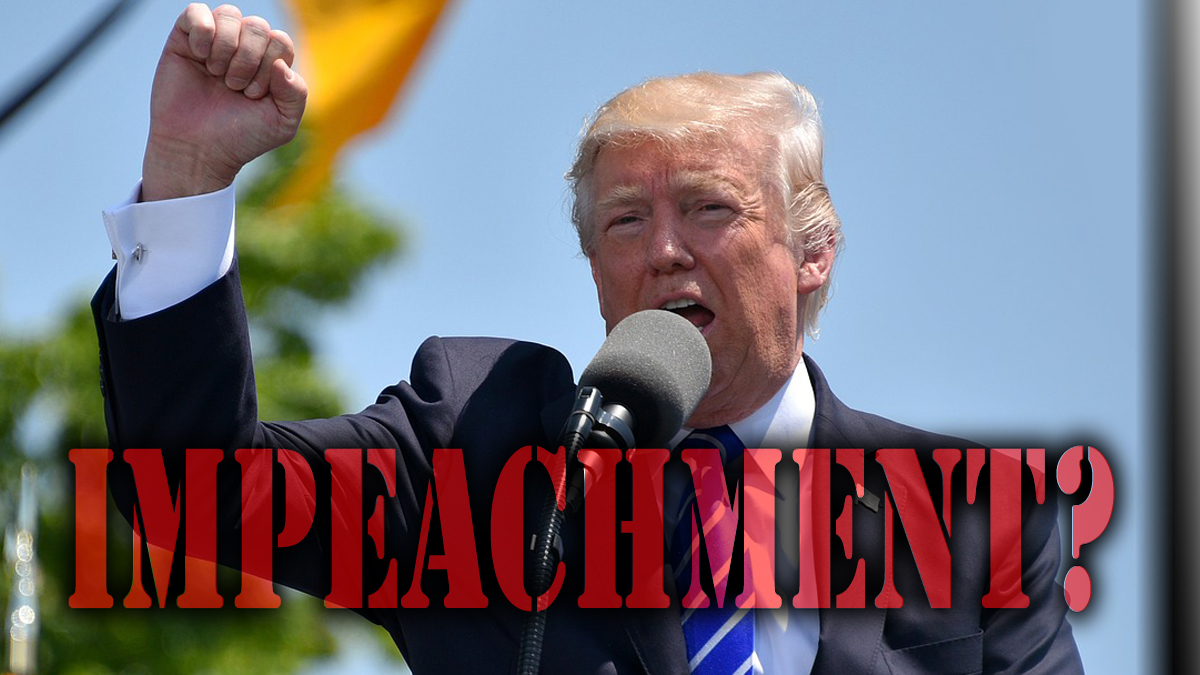 If you thought that the Democrats had given up on their objective to undo the 2016 election in the wake of the so-called nothing-burger that the Russia investigation has turned out to be, guess again!  Recently, a federal judge gave the go ahead to 200 congressional Democrats to pursue a lawsuit alleging that President Trump violated the “emoluments” clause in the U.S. Constitution, laying the groundwork for the impeachment of President Trump.

The emoluments clause is a part of Article I, Section 9, Clause 8 of the Constitution forbidding titles of nobility. Part of that has to do with receiving gifts from a foreign state. It reads as follows:

No Title of Nobility shall be granted by the United States: And no Person holding any Office of Profit or Trust under them, shall, without the Consent of the Congress, accept of any present, Emolument, Office, or Title, of any kind whatever, from any King, Prince or foreign State.

What the lawsuit claims is that by conducting business in foreign countries while President, receiving ”trademarks for his companies, payments for hotel rooms and event-space rentals by representatives of Saudi Arabia and Kuwait, and proceeds from Chinese or Emirati-linked government purchases of office space in Trump Tower,” Trump was getting the equivalent of an emolument. It is believed that the lawsuit is being brought to fulfill the “other high crimes and misdemeanors” qualification in the Constitution for a future impeachment and removal of Trump from office scenario.

While this case seems a bit of a reach, it is not beyond the realm of constitutional feasibility. Trump had previously been warned to either turn his business interests over to his family or put them in a blind trust to avoid this issue and similar scenarios. Though Trump at one point agreed to something like this, for whatever reason, he failed to do so. But more importantly, its key to understand that the impeachment process is more political than legal, and the somewhat ambiguous phrasing of “high crimes and misdemeanors” means general “fiduciary violations,” not necessarily an explicit crime. Therefore, impeachment under such a category has a lower threshold of proof, requiring the congress to merely believe the qualification have been met.

There’s a maxim from Ralph Waldo Emerson, “When you strike at a king, you must kill him.” What this means is simply that when you go after a powerful person, you better take him out or else he’ll take you down. Now, if the Democrats retake at least the House of Representatives in November, they could impeach Trump the next day. However, they’d be unlikely to remove him without the Senate or without a charge that at least sounds substantial. To this end, congressional Democrats are bringing this lawsuit, to make it sound like they have a constitutionally defensible position for doing what they had already intended on doing, giving their actions a veneer or legitimacy. Short of this, they are unlikely to act for fear of either Trump repercussions or the ire of the voters who might see such an act as a coup d’etat.

The question for Texans to ponder is if Trump is removed with less than legitimate grounds, do we just say “Oh, well! We’ll get ‘em next time!” or do we finally give up on the pipe-dream of federal reform and return to independence? Hopefully, such an act will wake Texans to the reality that the swamp will never be drained. The cancerous body politic of the federal government is too far gone to be saved, even for someone like Trump. If we want the reality of what we’re promised in the Constitution, we’ll have to claim it for ourselves.