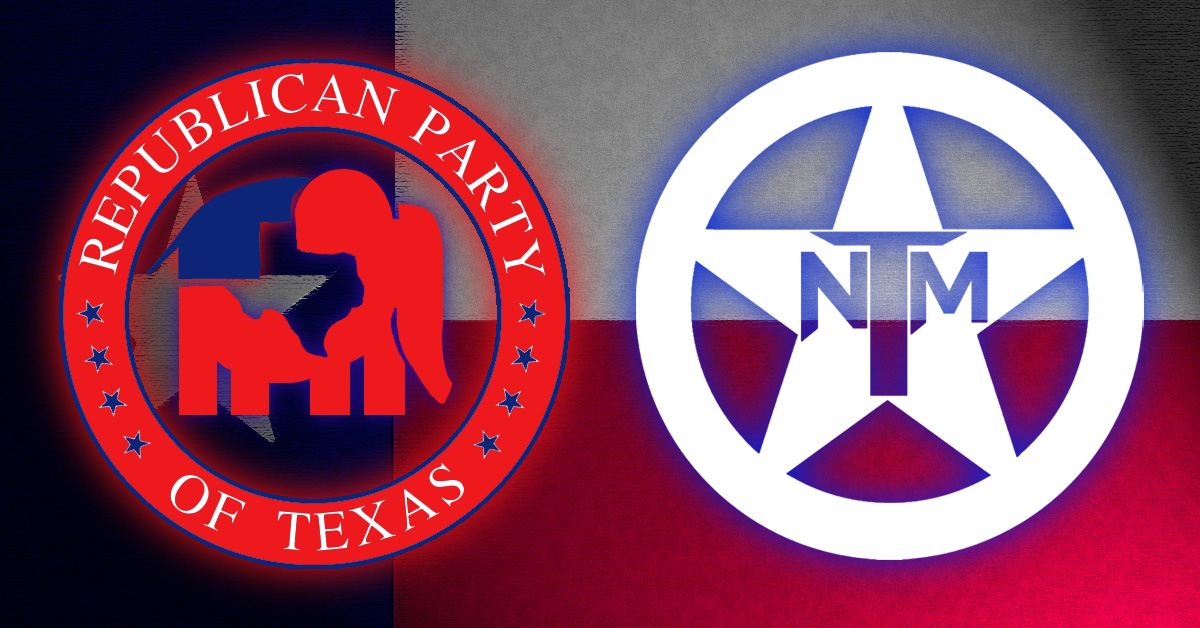 June 14th, the first day of the Republican Party of Texas Convention, one of the biggest gatherings of its kind in the world, is fast approaching. To it, political interest groups from all over Texas will be gathering to try to garner support for the causes they believe in. Among these disparate interest-groups will be one whose cause is arguably the most important and without which other legitimate political goals are likely impossible. That group is the Texas Nationalist Movement, and their cause is the political, economic, and cultural independence of Texas. Over the next two articles, we will be looking at TNM’s goals within the RPT and their convention, both focusing on past triumphs as well future plans. 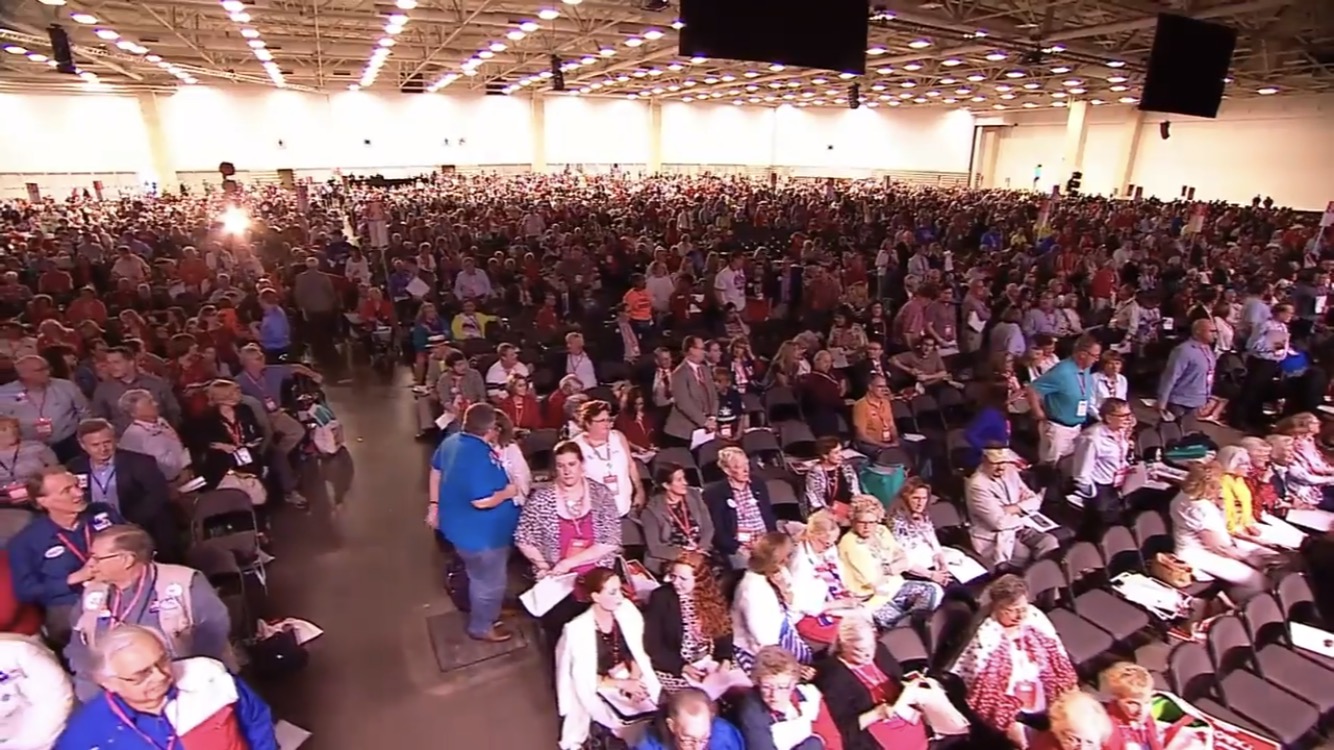 TNM has a strong connection to the Republican party in Texas, sharing many of their members and supporters with the GOP. This is largely because the values of TNM, such as support for the ideals of limited government and individual liberty and fiscal discipline, are in part also espoused by the Republican Party. As it says on the RPT website, “[The Republican Party of Texas is] committed to advancing limited government, lower taxes, less spending and individual liberty.” And as the Republican Party is the largest political party in Texas, with the GOP controlling the government for the state of Texas, those advocacy groups that want a realistic shot at advancing their views must do so within the RPT. With this in mind, and (I might add) while fighting uphill against a GOP leadership that didn’t want to have to deal with topics like independence during a presidential election year, the TNM did a bit more than attempt to influence the RPT.

Data from Reuters/IPSOS poll two years previous had already suggested that 54% of Texas Republicans favor Texas becoming an independent nation once more, and so the support for placing a plank in the RPT platform about a referendum on Texas independence was already there. It was just a matter of harnessing that support. To that end, TNM and their allies began working within local GOP. At many Texas Republican county/SD conventions in March, they passed over two dozen similar resolutions calling for a referendum of the people of Texas on the continued association of the Lone Star State with the United States. The next step was to get the resolution adopted into the RPT platform at the 2016 convention. 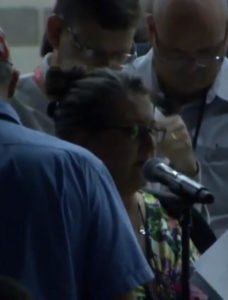 Much to the consternation of opponents of Texas independence, those like then party chairman Tom Mechler and the staff of Governor Abbott, the proposal passed by a two-thirds majority of the Temporary Platform Committee. Not to be outdone, Puppet-Master Mechler successfully lobbied for the replacement of certain members on that committee just before they would become the Permanent Platform Committee, a move unprecedented for RPT in at least a generation. This had the effect Mechler and co. had hoped it would, with the proposal being the only one singled-out and stricken from the platform (albeit by only two votes). It was clear that the RPT leadership underestimated the chances of TNM and the support that independence had in their own party. Now, they would do everything within their power (and outside it) to prevent the will of the majority from prevailing. However, if the Texas GOP establishment thought that was the end of it, they were sorely mistaken.

As the convention came together to approve and debate the new platform, and before cameras that reached out across Texas and the Union, Regina Cowan, chair of the Dewitt County Republican Party, made a motion to reintroduce language on independence to the plank on state sovereignty that had previously been removed by the Permanent Committee. The language read as follows:

This triggered a debate on the matter, with some members being allowed to argue for the motion and others against it, and still others offered parliamentary motions on various topics. The highlights are as follows.

The nay-crowd’s arguments were reductive and emotional, not addressing the grievances that has brought many Texans to conclude that separation is the only remedy. Their pleas were entirely limited to warnings that we’ll be a laughing stock, appeals to the pipe-dream of restoring a Union that doesn’t want to be restored, or naked jingoism for the super-state, such as: “I’m an American first!” And (of course), what debate on the merits of COTUS 10a would be complete without the tired argument that the Civil War settled nullification and secession because… reasons. 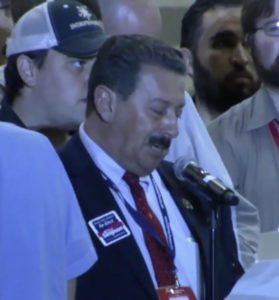 On the for-side, Harris county’s Alan Vera made his case for the language’s adoption, citing past and ongoing abuses of the U.S. federal government: 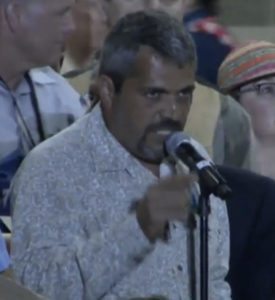 He ended with a flourish of, “When the motion is called, please don’t just vote ‘Aye,’ vote ‘Hell, aye!’ for our children, our grandchildren, for Texas!” Also, arguing for the proposal were: Kimberly York (SD 31), who urged it as the only way to end the current loss of Liberty; Jim Baxa (SD 28), who pointed out that the American Revolution was fought over far less than what Washington inflicts on Texas now; Roger Cowan (SD 18), who proclaimed “I am TEXAN first and an American second!” to cheers from the crowd, while promoting independence’s broad appeal across parties and to 41% Texas minorities; and Nathan Smith (SD 25 and Executive Director of TNM), who spoke to popularity of independence in the SRC. He also added: 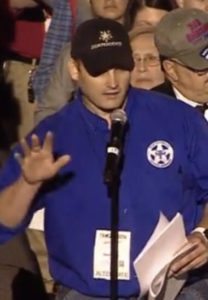 We’ve listened to the governor and countless testimony from the Article Five people say[ing] that the federal government is out of its bounds. You don’t have to support independence, but it is [now] the time that we give Texans the right to at least vote on this as defined in Article 1, Section 2 of our constitution that says that “All political power is inherent in the people,” and the people “have at all times the inalienable right to alter, reform or abolish their government in such manner as they may think expedient.” I think it’s time for Texans, and ONLY Texans, to decide what’s best for Texas! 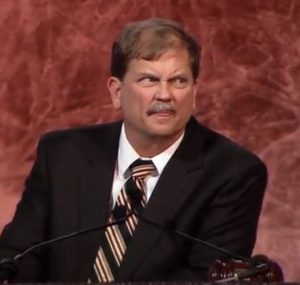 Eventually, a motion was made to divide the language, separating it into one part that dealt with independence and the other that didn’t. The first half (ending with “nullified” passed into the platform. Then, prior to that first vote, something odd occurred, something that seemed too serendipitous for the opponents of independence to be mere happenstance. Citing difficulty in following the language, in a point of personal privilege, a request was made and approved to keep the language of the amendment on camera and projected on the screen at the convention (rather than on the delegates voting). This meant that there would be no visual record of the standing vote. The voice vote was taken… it was too close. Mechler then went to division, where the body would stand to vote. The yeas stood, and immediately started cheering, obviously thinking that they had won, and indeed this was the opinion many there. Then the nays stood, and as if a done deal, Mechler declared the matter defeated.

Though the inclusion of independence in the RPT platform didn’t ultimately carry the day, the floor debate at the 2016 RPT convention was nonetheless a victory for Texas independence in a few ways. First, consider the fact that the RPT convention was made up of Texans from every county in the state, a representative sample, a slice of Texas. If this too close to call vote had been a referendum on independence, with more careful rules for tallies, it’s possible we wouldn’t be talking about the theory of independence, but its reality! Secondly, ponder this: for about 45 minutes, delegates debated the merits on whether Texas should leave the Union, in the largest political party in one of the largest states in the United States… The movement that the elites had previously dismissed and scorned was now front and center before the world. Independence for Texas had not been achieved, but it certainly had arrived.

Next time, we’ll discuss the future of TNM at the RPT convention.