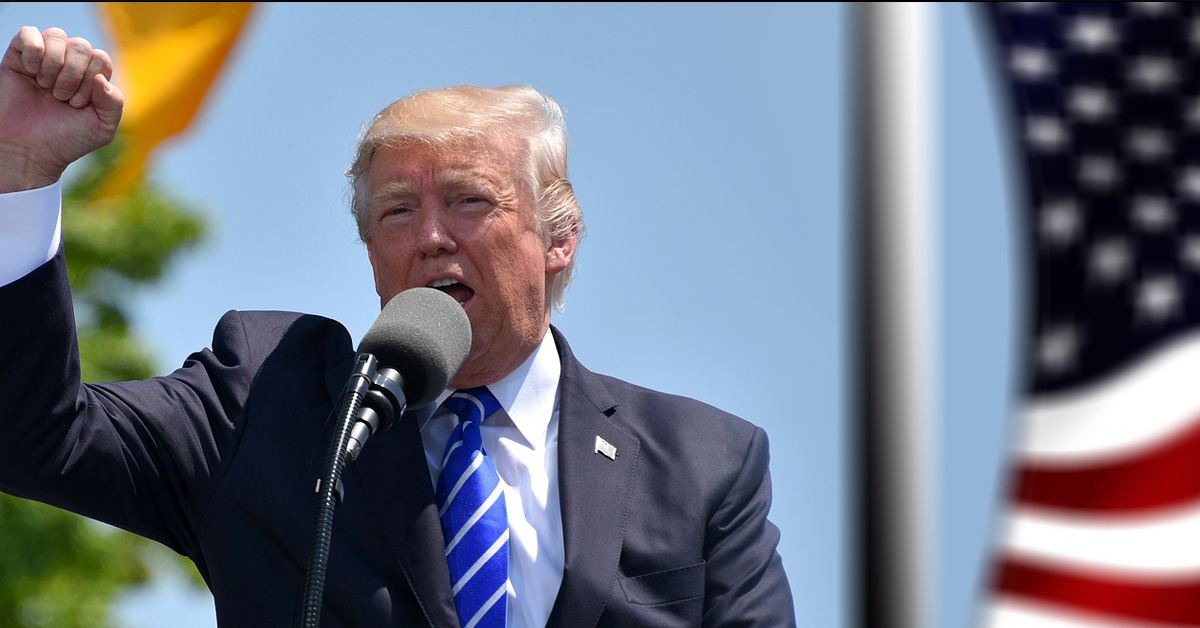 Now in January of 2018, we are approaching one full year of Donald Trump being President of the Union. 2017 was a strange and surprisingly quick year, but in a few ways, this first year of President Trump has defied many negative expectations.

To be frank, I was and still am not a big Trump fan. I find him boorish, unprincipled, willing to say whatever he needs for political advantage with comments so open to interpretation as to be devoid of objective meaning. In other words, he’s just like any other successful politician… just with a bit of P.T. Barnum thrown in for good measure.

Trump gave me every reason to not believe him, as he often simultaneously takes contradictory positions on many issues. His personal life was a train-wreck; his penchant for treating every situation like a sales-pitch often made him a walking faux-pas; his loose relationship with the truth constantly made you wonder if he was lying to you or the other side; and all those comparisons of him to King Cyrus, put forth by supporters as a Trump campaign sales-pitch, left me more nauseated than comfortable with him holding reins of power. However, in the midst of all these traits so uncharacteristic of the image we have of an American president, President Trump has actually accomplished a few positive things, more than we could have hoped for under Hillary.

From Gorsuch on down, Trump seems to be picking pretty good candidates to serve as justices in federal courts. Although he should be working to reform the judicial system back to the original scope the founders intended for it, possibly working with congress to eliminate some of these inferior federal courts, it’s better than nothing.

Donald Trump has begun making a dent in the hundreds of thousands of pages of federal regulations. The implementation and effects of such reform have yet to be felt, but it’s nice to see a little relief in this area. I even didn’t mind his show-business style presentation of his plans, with him cutting a giant red ribbon as a stand in for the proverbial red-tape.

The only real legislative accomplishment of this administration, the tax reform bill is far cry from Republican promises in this area. At least it did away with the individual mandate of Obamacare (a double-edged sword, although). Also, it almost halved the corporate tax rate, which should bring more positive economic activity to the U.S. and help make up for the tortured economic recovery of the last eight years.

Trump has been able to accomplish very little in this area, for all his campaign talk. Not one inch of his promised wall has been built, and thus far he’s been unwilling to insist (with the power of the veto-pen) that it be funded. Also, his executive attempts towards implementing his campaign promises here have been stopped or stymied in the courts, though under dubious constitutional authority. However, just his being president has had a retardant effect on illegal immigration, with border crossings being down by as much as 40% in March.

Probably Trump’s biggest asset is the fact that he’s seen as not hating America. After eight years of Obama playing the role of supreme critic of all things American, having a chief executive willing to wrap himself in the symbols of America and defend its interests abroad has probably been the source of most of the admiration he gets from his supporters. Even his eccentricities have an upside. I appreciate the way his irreverence and personal foibles have helped to destroy demigod image of the POTUS. The more we can look at the president as a being every bit a flawed being as we are, effectively killing the presidential cult, the better it is for principle and Liberty.

Bailing Water Has Increased, but the Ship is Still Sinking

While I can easily admit these are all good things, it is still not enough. The Union faces serious issues to its very existence, ones that no one has begun to address. Each year, we still spend close to half a trillion more than we have, increasing our already mammoth debt, hastening the demise of our economy. Very little has been done to permanently curtail the unconstitutional powers exercised by all branches of government. Nothing has been done to resurrect real federalism and restore the states and the people back to their rightful place as the fourth branch of the general government. Washington continues to grow in size and power; the vassalage of the states continues. Not to say that the blame for not solving these issues lies exclusively on the shoulders of Donald Trump. In all honesty, I think the American Union is so irrevocably set on a destructive course that it’s beyond the saving efforts of any one president. However, at the end of the day, Trump is still a somewhat progressive American nationalist who believes in a powerful central government and a powerful executive, un-moored from the expressed limitations of the constitution. In addition to replacing the millions of bureaucrats that will do their best to resist reform, in order to save the Union, you will need several continuous administrations with constitutional zealots for POTUS, with a super-majority of the same in congress and the courts. All of them would have to possess the steeled-resolve necessary to make the needed reforms and massive spending cuts; that’s never going to happen. That kind of political will doesn’t exist in the Union. So, the expectation that Trump will or even could significantly change things for the better would be a mistaken one.

Adding to the woes of those who would like to see the reform of Washington is the fact that, for Trump, this may be as good as it gets. Even with 52 votes in the senate and a majority in Congress, the GOP only passed one major piece of legislation. With the Alabama special senate election reducing their number, the possibility of another senate loss with the exit of John McCain, and the likelihood of the Democrats retaking one or both houses of Congress later this year, the probability of any further positive legislation coming out of the Washington is nil. And as Obama is finding out now, the one undeniable limitation of executive action is its impermanency. That sort of corrective will not last. Additionally, Trump has shown himself to be quite capable of pivoting to right or left, depending on which side gives him more love. If a re-empowered left doesn’t move forward with their plans to destroy the Trump presidency, they may work with him to the detriment of all who want to limit the federal government’s scope.

At best, the Trump presidency’s chief accomplishment has been to slow the rat of D.C. decay, but it won’t last. Trump has been pumping the breaks, but we’re still headed for the cliff. And those that would step on the gas are going to come back, as surely as night follows even the brightest day. When that happens, it will take very little time for them to make up for their meager losses, and then some.

Now is the time to start planning for a future without Trump. If Texas is smart, we’ll take advantage of this temporary respite from full-force government expansion to announce our peaceful withdrawal from the Union and our resumption of full sovereignty. Conditions for doing so will likely never be better, and independence is the quickest and most sure way to unleash Texas’ economic potential and effectively solve our many issues with Washington, not just slow their progression. We must demand Liberty now, and not settle for its image forever on the horizon, always out of reach. Besides, I’d rather leave the Union while it has a president that is somewhat friendly to Texas than one that will likely be hostile to us and any future Texas/U.S. relationship.