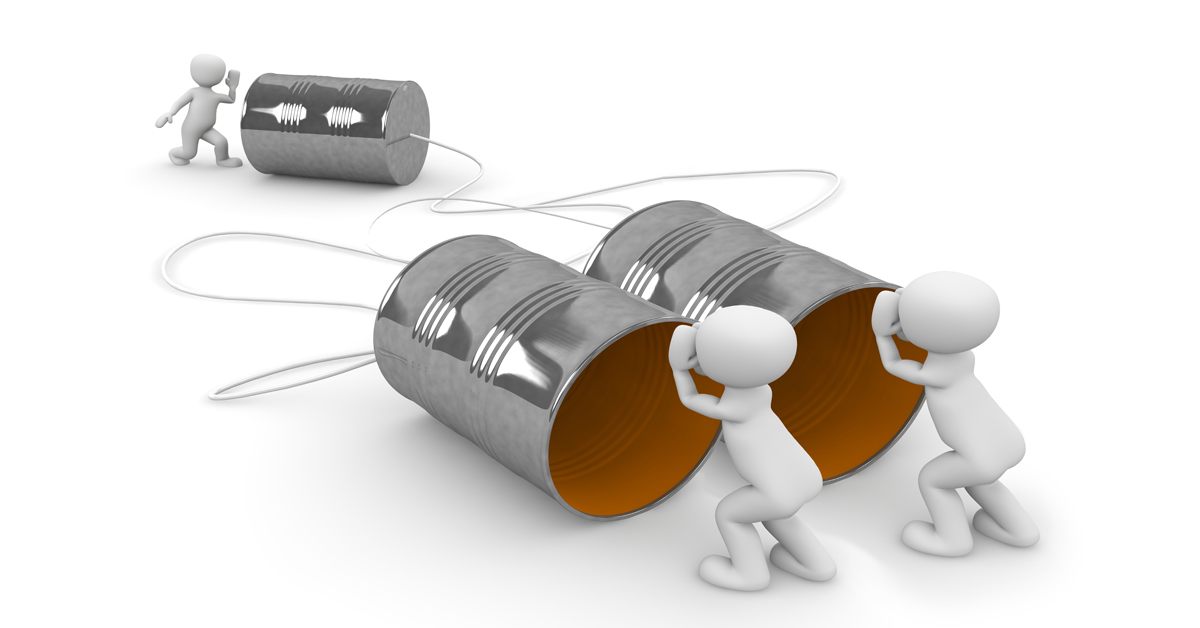 Last week, President Donald Trump hosted a bi-partisan meeting on DACA and illegal immigration related issues. Unfortunately, that summit and other recent reports have led anyone paying attention to question the motives of all participants involved and diminish any hope they might’ve held for actually dealing with this issue through Washington. And once again, Texans, and others closest to the problem, will be the one’s to suffer most from yet another federal failure.

The main topic has to do with DACA, Deferred Action for Childhood Arrivals, a program that the Trump administration ended a few months ago only to suspend its termination pending a congressional solution. This is what passes for bold action in Washington, these days. DACA recipients, by far the fresh face of illegal immigration (by virtue of their presence being no fault of their own), stand to be deported if President Obama’s executive action (illegal itself) is not legitimized through Congress.

The Democrats position on DACA is clear as crystal: they are all for it. This is not only because of the beneficent optics of the thing in the media and among their base, but because, on immigration issues in general, they’ve effectively become the party of open borders. And, why do Democrats tend to favor amnesty and a generally soft-touch regarding illegal immigration? It’s because they believe they will politically benefit from it. The calculus is this: since illegal immigrants tend to come from parts of the world that have a culture of strong-man governments, socialism, or general poverty; they’re believed more favorably disposed to the Democrat’s government-as-all things-to-all-people political philosophy than not. And so, in any kind of amnesty scenario, Democrats stand to enjoy a windfall of votes. While there are some illegals that want to leave ALL of the awfulness of their former nation behind, there is still sound reason to believe this wager is a smart one. If the Democrats get what they want on DACA or in some general amnesty, they will swell their voter base. If they refuse to compromise and get nothing, they get to campaign on the assumption that the GOP hates immigrants and otherwise keep this issue alive to fuel future campaigns. Either way, Democrats have little to gain in compromising with the Republicans on this matter, being a clear win-win for them. For Republicans, it’s a very different prospect. 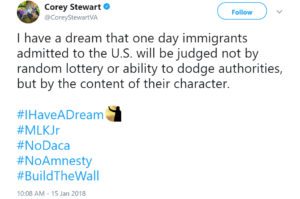 Republicans really seem to hate immigration issues, as they tend to be a political minefield for them. They desperately fear the unfair stigma of racial bigotry, a slur copiously hurled at them (like so much parade-route candy) for even the mildest suggestion that people should enter the U.S. legally. Additionally, but to a lesser extent, Republicans fear their own base that demands to see some traction on this issue. An un-enviable conundrum, I think they’d prefer that it just went away. However, since it won’t, the GOP has staked out wildly inconsistent positions on the matter in an attempt to navigate in the political waters of this modern Scylla and Charybdis. Republicans want a wall to deter unauthorized entry in the south, to end chain migration and the visa lottery, and to prevent any kind of amnesty for those that have come to the U.S. illegally… unless of course they don’t. It is an inescapable fact that for every Ted Cruz, who has been pretty consistent in espousing a conservative position on this matter, there is a John McCain or a Lindsey Grahamnesty Graham, who proudly side with Democrats on any number of their immigration priorities. Consider this MLK Day tweet from the “conservative” GOP U.S. Senate candidate from Virginia, Corey Stuart. In it, he virtue-signals on immigration like the biggest of social justice warrior Democrats! It’s fair to say that the GOP has sent a lot of mixed signals on this particular issue, a stark contrast to campaign commercials they often run.

Probably one of the oddest offenders in this area is the president: Mr. BUILD-THE-WALL, himself. Trump is no stranger to mixed signals, and during his bi-partisan immigration meeting, the President’s cognitive dissonance was on full display. When the Democratic senator from California, Diane Feinstein, suggested the legislating of DACA with no strings attached, Trump immediately agreed, and had to be reminded by Rep Kevin McCarthy (an oft-accused RINO, of all people) that if he wanted to see border security become a reality, agreeing to DACA upfront with Democrats was a really… really… bad idea!

Trump also went on to espouse other gems, both at the aforementioned forum and elsewhere: that we don’t need a contiguous border wall, a radical departure to his campaign promises; that his DACA compromise would be a “bill of love,” a phrase similar to the campaign utterance of Jeb Bush for which Trump previously roasted the low-energy candidate as evidence of his softness on illegal immigration; and most egregious of all, Trump said that he would sign whatever the Congress came up with, as if he really had no strong beliefs on the topic at all!

“I think my positions are going to be what the people in this room come up with,” Trump said. “If they come to me with things I’m not in love with, I’m going to do it. Because I respect them.”

For those who believe in the 4-D chess theory of Trump governance, you’ll likely say that this more of Trump playing the fool to get his political adversaries to lower their guard, allowing him sneak-by what he REALLY wants (project favored political ends here). However, a more likely explanation is that Trump lacks political conviction in general, is bored with actual governance, and eschewing of responsibility. Either way, if Trump and the Republicans give away DACA without getting the authorization for the border wall now, you can forget about it happening later in Trump’s term, probably ever. Democrats are poised to take back the Congress in the 2018 midterms, and they aren’t likely to fund a border wall then. And with such a new political makeup, Trump may carry through with past threats to work with the Democrats (if they’ll have him), and that likely won’t include a border wall.

However, the GOP must be aware that failure to deliver a wall, especially with giving away the only bargaining chip they have, might be catastrophic for their already dismally projected midterms and for Trump’s second term. Trump has a very loyal base, but all loyalty has a breaking point. If Trump caves on DACA and fails to get a border wall, expect to see enough of his base abandon him that it will be impossible for him to be reelected, especially on his already slim numbers. We’ll just have to see if the GOP decide that betraying their base is less politically risky than giving them what they promised.

For Texans witnessing the circus in D.C., maybe it’s time to list immigration as one of the sovereign responsibilities that would be better served in Texan hands. An independent Texas is likely to come up with a better and, perhaps, more outside-the-box idea for handling the problem of illegal immigration than the non-solutions we tend to get from the general government on this and practically every other important issue.