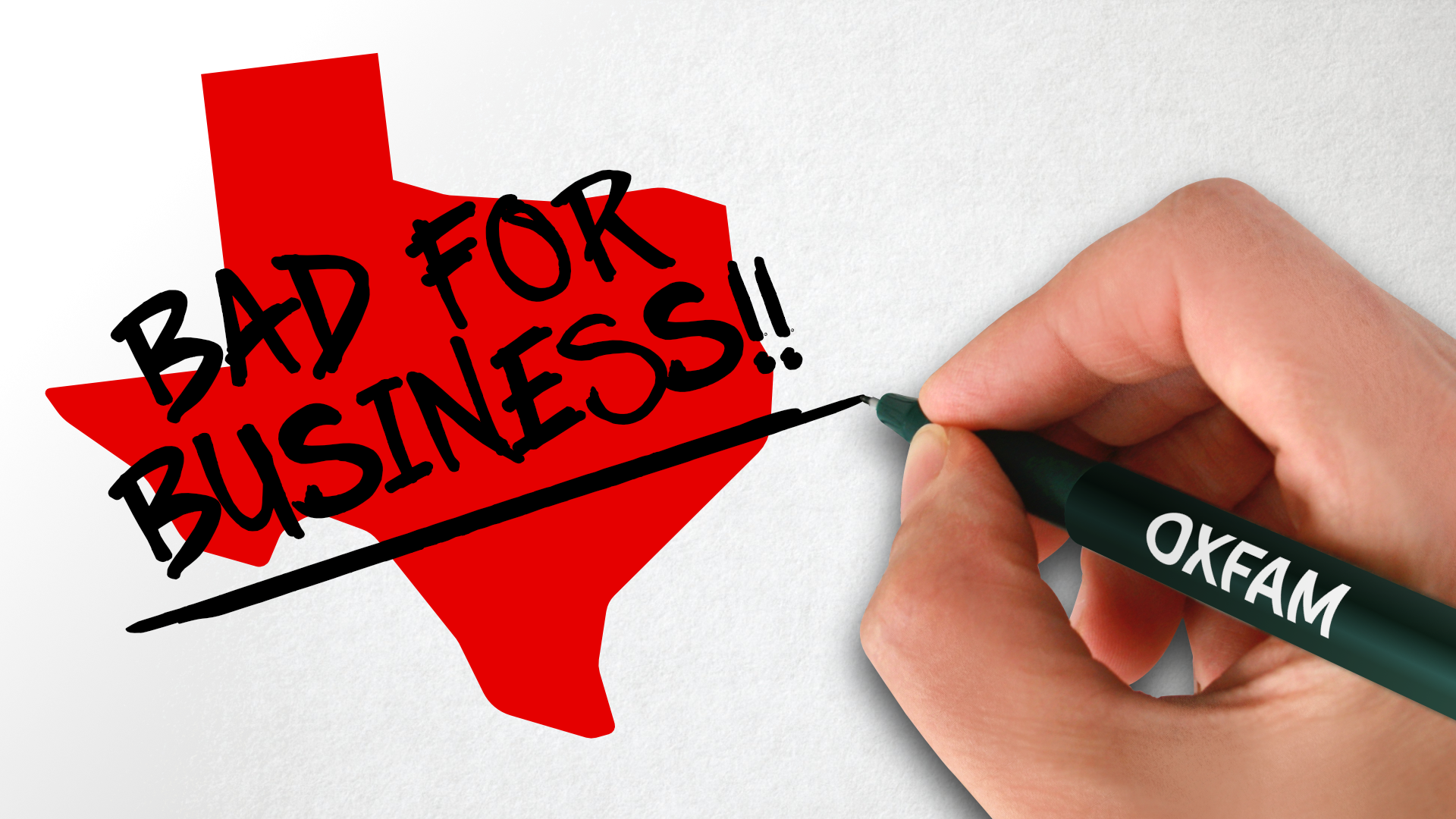 Read this article, Noah Smithwick said.  Write up a piece for the Texian Partisan, he said.  It’ll be fun, he said.  For a libertarian economics guy, it should be a piece of cake, he said.  Then I read it. Satellites in low orbit could have heard me scream.  My editor might have even heard me, were it not for things like the curvature of the earth and the abundance of noise abating dirt and scrub brush surrounding my hometown.

After the aforementioned primal scream, my first thought was, “What should we do to intentionally get lower down on that list?”  The news that “Texas ranks 48th” came from KERA, the NPR/PBS station that broadcasts in the Dallas area.  “Publicly funded” aka taxpayer funded media is making the case that Texas is not a good place to be.

This is essentially what Texans are up against: a publicly funded effort to frame us as outliers, a ridicule campaign of our basic values.

According to Rebekah Morr at KERA, we as Texans score exceedingly low on measures of worker protections (from what?), rights to organize (why?), and fair wages (fair to whom?).  This is just the sort of thing that Texit is about.  At its core, everything about this article is emblematic of the problem.  There is an assumption by folks like Morr and her ilk that manipulating the scale toward “equality”  is the job of the government.  Folks who agree with me on Texas secession would be more prone to agree that being frugal (especially at this time) is the job of government, and charity and equality are the duty of The People.

It’s not a difficult concept.  There always will be poverty, but the nature and perspective of poverty changes based upon how it is measured.  Someone in poverty in Texas may have air conditioning, a cellular telephone, and a television.  Someone in poverty in Uganda or Mongolia or Bolivia does not have those luxuries.  Yet the Rebekah Morrs of the world use the same rhetorical desperation and sense of urgency to talk about our victim of Texas-style poverty as we might when describing our sponsored child in El Salvador who truly has little in the way of anything we might consider on our list of basics.

How we get that right is important, too.  The shortest distance between where we are (neo-Marxist thought taught as truth in Texas universities) and where we want to be (perhaps toss in a little Milton Friedman and a healthy dose of Thomas Sowell in Texas high schools and colleges) is to free ourselves from a wide range of US federal programs and mandates.

We must teach charity and equality as personal responsibility.

The easiest way to reform that hot mess is secession.  Why negotiate when you can nullify?  Why reform when you can obviate?  Why change what you can cancel out?  Why try to agree with officials from California and New York when you can…not do that?

It’s true that Texas has a statutory minimum wage that is unimpressive.  Really, though, for those of us in the real world, we already understand that what is written on pieces of paper by government types really doesn’t comport with the reality of what we learn over time to refer to as the Real World.  You and I already know that the actual universal minimum wage is zero.  You don’t have to have a wage.  That’s right.  I said it.  The real minimum wage is zero.  I don’t have to pay you.  You don’t have to work.  But if I want your work, I have to pay.  And if you want me to pay you, you have to do my work – how I want, when I want, where I want.  Don’t like it?  Kick rocks.  Ever tried to get a craftsman to work for minimum wage?  Ever asked a contractor?  What gets done on Day One at an entry level position at an entry level, this-is-how-you-adult job is not the be all and end all of economics.

The good folks at OxFam would have you believe that we score very, very low in the right to organize and collectively bargain.  Not true.  We simply handle it differently than the places with all the intractable crime and all the endemic corruption.  We use a different brand of negotiating around these here parts.  It’s called a “right of individual bargaining.”  Instead of my fellow writers and I all collectively bargaining with our editor here at the Texian Partisan for better wages and working conditions, we go about it a bit differently.  I speak directly with my editor, and my editor speaks straight with me.  I get paid what the budget permits, and if I go any higher, it busts the budget.  Seeing as how I am obviously indispensable to the operation, I could walk in and make some demands and tie his hands, forcing concessions and whatnot.  I could even add a list of some of the other writers to the mix as a sort of Schindler’s List of protected employees, and insist that the suboptimal performers be taken care of because the high performers said so – the equivalent of a mafia made guy idea.

My editor would then probably tell me to kick rocks – as he should.  There’s your right to organize.  We talked about it, went upstairs, and got our answer, for good or for ill.  We simply do not have the benefit of government intervention or an overpriced union boss funded by the amortization of mandatory union dues.  We also get to skip the part where our dues get donated to only one political party, and that we have no say in who receives those donations.  We don’t have to worry about union corruption and scandal.  Vinnie and Carmine don’t add you to the foundation of that new downtown high rise if you went the wrong way on card check day.  I digress.

Texas’ “low” rank in this study would have you believe that we require a robust list of worker protections and government agencies that become fully invested in forcing business into compliance with those measures.  The data, in this writer’s humble opinion, say otherwise.  Businesses are moving to Texas by the hundreds, and workers are moving here by the tens of thousands.  No one out here in the Real World is decrying the lack of worker protections.

One simply cannot ignore that when we are permitted to do what we do best, locally we wind up with the highest wages in the nation, 1% unemployment, and all the other accompanying good news.  One also cannot ignore that when the US as a whole tried to copy us, we ended up with 1% inflation and 5% black unemployment.  Those are really good numbers in some critical metrics.  Those are the sorts of things you want to reproduce.

Those were the good old days.  And they could become the good new days, if we could but humbly ask for you to join the ranks of the Texas Nationalist Movement.  We serve but the one purpose of getting to the vote that says we can finally get out the map and the pair of scissors.

“Our mission is to secure and protect the political, cultural and economic independence of the nation of Texas and to restore and protect a constitutional Republic and the inherent rights of the people of Texas.”