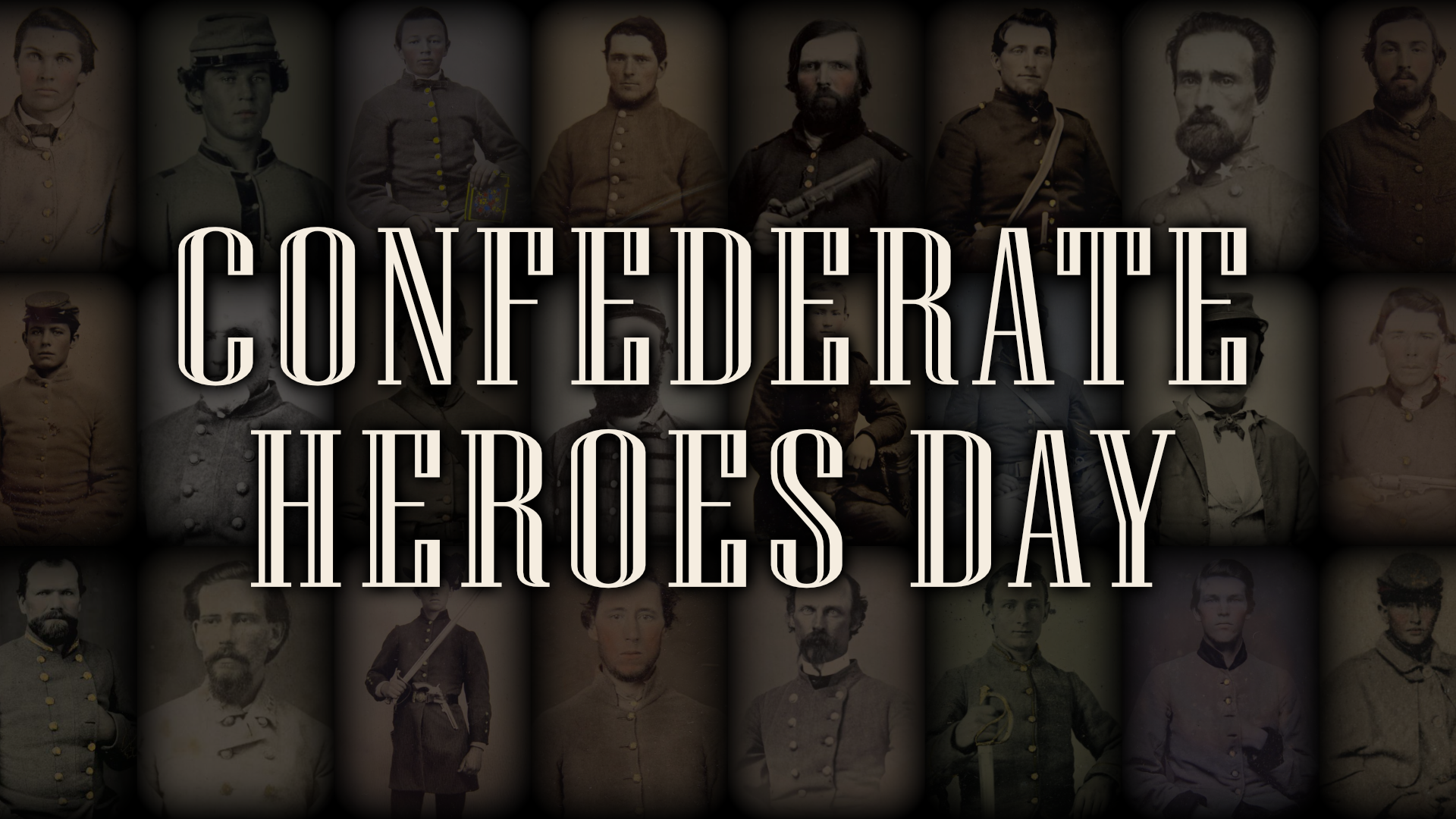 I have a friend who is employed by the state of Texas.  Every year this same week, he jokes about getting paid holidays for Martin Luther King Day and Confederate Heroes day, saying “I don’t even have to pick a side!”  My friend’s joke is lame, but he’s right.  Texans can celebrate both days in good conscience.

Dr. King by all accounts advanced the cause of racial justice, and is rightly honored for his work.  There have also been allegations of sexual misconduct by Dr. King.  Do moral failures in one area erase progress in another?  Apparently not for Dr. King, who is remembered more for his work than for his transgressions.

Only a fool would deny that slavery was an important issue in the Civil War.  It is mentioned in the various states’ secession documents as a primary cause.  No modern person would say that slavery was “good” or even “acceptable” by today’s standards.  In hindsight, the American system of slavery and our subsequent extermination of Native Americans will forever remain a moral stain on our culture. But Noah Smithwick hasn’t gone “woke” either, so hang on.

Underneath the issue of slavery were other substantive issues that the Civil War did not resolve.  Within the state secession documents you also find references to political differences between North and South, the failure of Northern states to enforce federal laws, and even failure to secure the border. Modern history has thrown the baby out with the bath water, dismissing all arguments because of the slavery connection.  It’s as if Dr. King’s work were somehow ignored because of his philandering.

Consider how you would react if groups of states conspired to enforce their values on a substantial minority of other states.  The Northern states were somewhat united in their opposition to slavery and worked together against it.  The Southern states depended on slavery for their economy.  Now, if someone from “up yonder” wanted to destroy your economy without any way offered to recover, how might you react?  The impulse to withdraw from those who would do away with your way of life is a valid human response.

Consider the choice presented to leaders and citizens alike: fight “for your country” or draw arms directly against your neighbors and family. When faced with this impossible choice, some chose the principles of country. Others chose loyalty to individuals over loyalty to “principles.” Neither option is perfect. In one, you fight for a cause that is tainted. In another, you fight against your loved ones. Each side may rightly call the other side “traitors,” as the terrible choice forces betrayal on both groups.

If we learned anything from 1776, it should have been remembered in 1861. The right of a people to dissolve political bonds and reform or abolish their government is immutable. Now that we’ve moved well beyond both of those scenarios, some truths remain self-evident.  One such truth is that all men are created equal.  Another is that there are times when political circumstances compel separation.  Texas finds itself in the same position as the Colonies of 1776, dominated by a government who is against our primary principles and interests. We also find ourselves in the same position as we were in 1861, with our culture and livelihood threatened by our inclusion in a union with states with very different values.

With the issue of slavery long out of the picture, the sectional differences within the United States remain unresolved.  The politics of urban vs. rural are no less challenging than the 1860’s North vs. South.  I can promise you that no farmer in Nebraska gives a damn what somebody in New York City or LA thinks about farming.  I can promise you that nobody in Texas, a state which runs a balanced budget, gets all excited about Federal spending led by the urban areas that dominate the “blue” states.  Political polarization is undeniable, and separation must remain a viable option.

When Texan patriots step up and say, “we want out!” our voice should be heard.  Whether we’re talking about social issues, general governance, or fiscal responsibility, it is clear that the Federal government does not represent Texas’ interests.

With regard to climate change, the Federal government actively works to suppress, disincentivise, and control the fossil fuel industry that is central to the Texas economy.  The replacements they offer are expensive, unreliable, and unsustainable without substantial government subsidies.  The message from the Federal government is the same as it was in 1861, “Your way of life is against our principles, so we’re going to take it away.”

Now consider how you may respond if “the other side” came to your house to forcibly take away your livelihood.  The Southern citizens were justified in defending themselves, their homeland, and their way of life.  They fought honorably for their cause, even if the cause itself was tainted by slavery.  If Ukraine defending itself from a Russian invasion is honorable, then so is the South defending itself from a Northern invasion.

The truest Confederate heroes were not the generals or the politicians, but the forgotten and nameless individuals who took up arms in defense of their families, their livelihoods, and their states. In the same way, you can celebrate the nameless Selma marchers or bus boycotters as much as you celebrate the overall work of Dr. King and others. Heroism and respect are not due only to the leaders, but to the people who fought the battles for principle, not for recognition.

Many who oppose the cause of Texas independence say that the issue of secession was “settled” by the Civil War, and cemented by Texas vs. White. While we’re on the topic of Confederate heroes, let’s address that argument.

A union maintained by force is not a true union.  Were I to beat my wife to make her stay, and then threaten to beat her more if she tried to leave again, that would clearly be illegal and immoral. To say that the military defeat of the South and the threat of future war both require that states may never again attempt to leave is the exact same argument.  Maintaining a union by force is illegal and immoral.

Thanks to missteps by Meta in the ongoing lawsuit between Facebook and the Texas Nationalist Movement, we will soon get to re-litigate the bad precedent of Texas vs. White.  If given a fair trial, the issue of legality of secession will soon be settled in favor of the states over the Union.

So on Confederate Heroes day, we don’t celebrate slavery any more than we celebrate philandering on MLK day.  We celebrate the love of homeland, the bravery to defend our way of life, and the lives of those who died to preserve what they sincerely believed was best for their families.

I look forward to the day when both dreams are realized, when both racial justice and self-determination are fully expressed.  We’ve given credit to Dr. King, but modern society continues to discredit the states rights and sectional arguments of the Civil War that retain their validity independent of any discussion of slavery.  Those who are intellectually honest can hold both positions at the same time, that both social justice and states rights heroes should be honored.