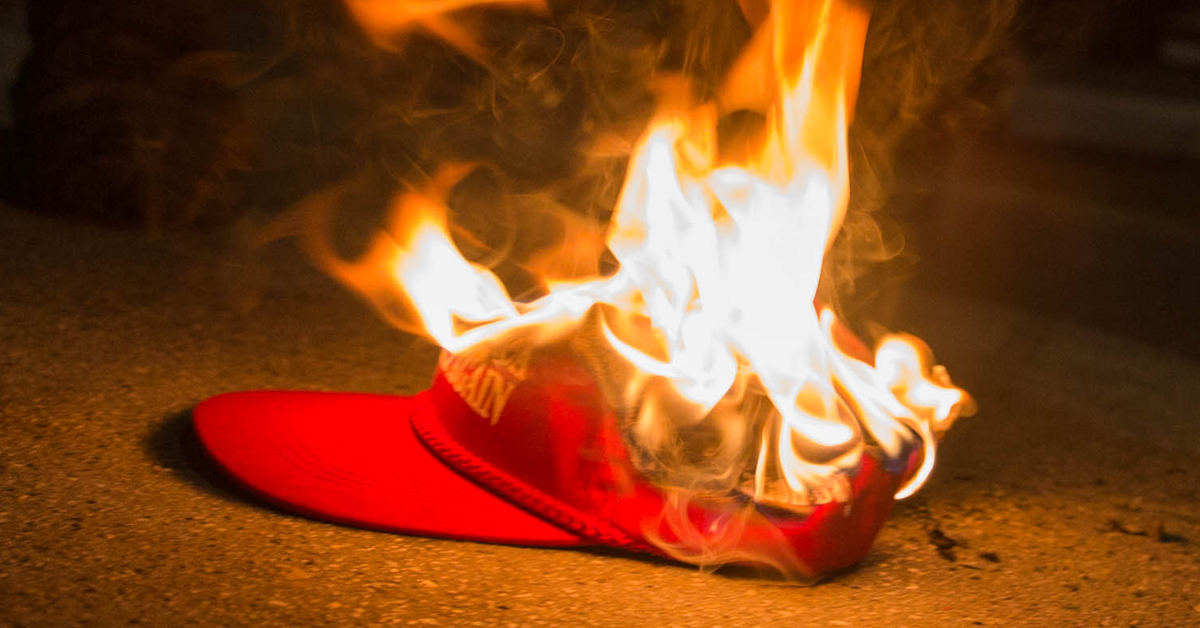 Looks like a DACA deal is in the works between Trump and the Congress that’s got some Trump supporters calling the President Amnesty Don and burning their MAGA hats. Now, Texas’ hope that Trump would’ve been the ONE to solve this major issue, where others didn’t, seems a distant memory.

Over the past two years, Donald Trump has taken perhaps every position possible on DACA. These stances have ranged from the more hard-lined solutions to preemptive surrender on the issue. For instance, in 2016 Trump declared emphatically that:

“We will immediately terminate President Obama’s two illegal executive amnesties, in which he defied federal law and the constitution to give amnesty to approximately 5 million illegal immigrants…no one will be immune or exempt from enforcement – and ICE and Border Patrol officers will be allowed to do their jobs.”

And yet for the past year, Trump has essentially kept DACA in place, at least with regard to “DREAMers,” effectively doing exactly what he promised he wouldn’t. In fact, in the aftermath of the most recent deal wherein the administration essentially offered up the codification of Obama’s policy (and more) in exchange for border security funding,  Trump (the man touted for his supposed skills of negotiation) undermined even that compromised offer by adding on Thursday that he’s “willing to shift more.” Seriously? It’s bad enough to show weakness in your first offer instead of shooting for higher than you think you can get. It’s far worse to follow that up with, “If you don’t like that, I can go weaker still!” What do you think the Presidents’s pro-immigration reform allies will get from such negotiations? Nothing! And that’s exactly what they seem on track to receive.

The details of the current would-be agreement are these: In exchange for 25 billion dollars in border security and an end to chain migration, Trump will allow 1.8 million illegal immigrants (an expansion of Obama’s original DACA program numbers) legal status with a path to citizenship. One issue that is immediately recognizable is that the money’s not specifically allocated for the border wall. You could justify a small amnesty if you got the wall in the bargain, because without a deterrent to future illegal crossings, there’s little point to deportation. However, much like the theft of the social security fund, this border fund could just as easily disappear under a not-to-distant-future congress, if the wall isn’t built in haste.

Also in doubt is the proposed end of chain migration (allowing the immigration of an immigrant’s extended family). Under the deal, it will discontinue, but only after the current waiting list is used-up, which, under current estimates, could take as much as “10 to 20 years,” giving congress plenty of time to reverse this and make it as if it never happened. And in the meantime, immigration status quo to continues, with current immigrants bringing over their grandmas, uncles, cousins, etc. If this deal passes (a very big IF), unless the final version is amended to prompt immediate action, or at least smaller time-tables, this remains an unfulfilled promise, hope of a solution deferred to be exploited another day.

Though many Trump supporters are responding in anger to the President’s plan, others not so much, keeping their simple faith that Trump moves in mysterious ways. When will the hardcore Trump supporters realize that they’ve been sold down river, that Trump: the non-politician has turned out to be more conventional a politician than many were expecting. Far more troubling than one or two or three severely compromised policies is the prospect that this supposed savior of the right is more likely a man without conviction, a reed twisting in the wind with no real goal in mind. Unless you are still one of these failures and compromises are part of a grand strategy, that Donald Trump is playing 4-D chess, and this is just one of another brilliant moves that will simultaneously bring us a real wall, end Obamacare, and get us out of the Iran deal, you are likely to be very troubled as more sand slips through the hourglass of his time as president.

This is not to suggest that any of Donald Trump’s stated positions represent policy that would necessarily be in the best interest of Texas. Texans may have different and more effective solutions than simple mass deportation (especially for DREAMers), but at least they’d be Texas solutions. I do strongly believe that if Texas were in control of its own border; it would been long ago secured it, that we would have found and implemented a better way of deterring illegal immigration, and we would have effected better assimilation into Texan society. I also strongly suspect that an independent Texas would have outstanding relations with Latin America, certainly better than what the U.S. currently has. In fact, I can envision a future in which Texas would be a crucial bridge between Latin America and North America, setting a positive example for the entire hemisphere.

The most important questions for Texans are: where do we stand on immigration, and are the policies (or lack thereof) coming out of Washington in our best interest? If the solutions of D.C. are antithetical to the policies Texas would set for for herself, then what sense does it make staying with Washington? Texas’ laws and policies are best made by Texans, and no amount of empty promises from any politician, even Trump, will change that.