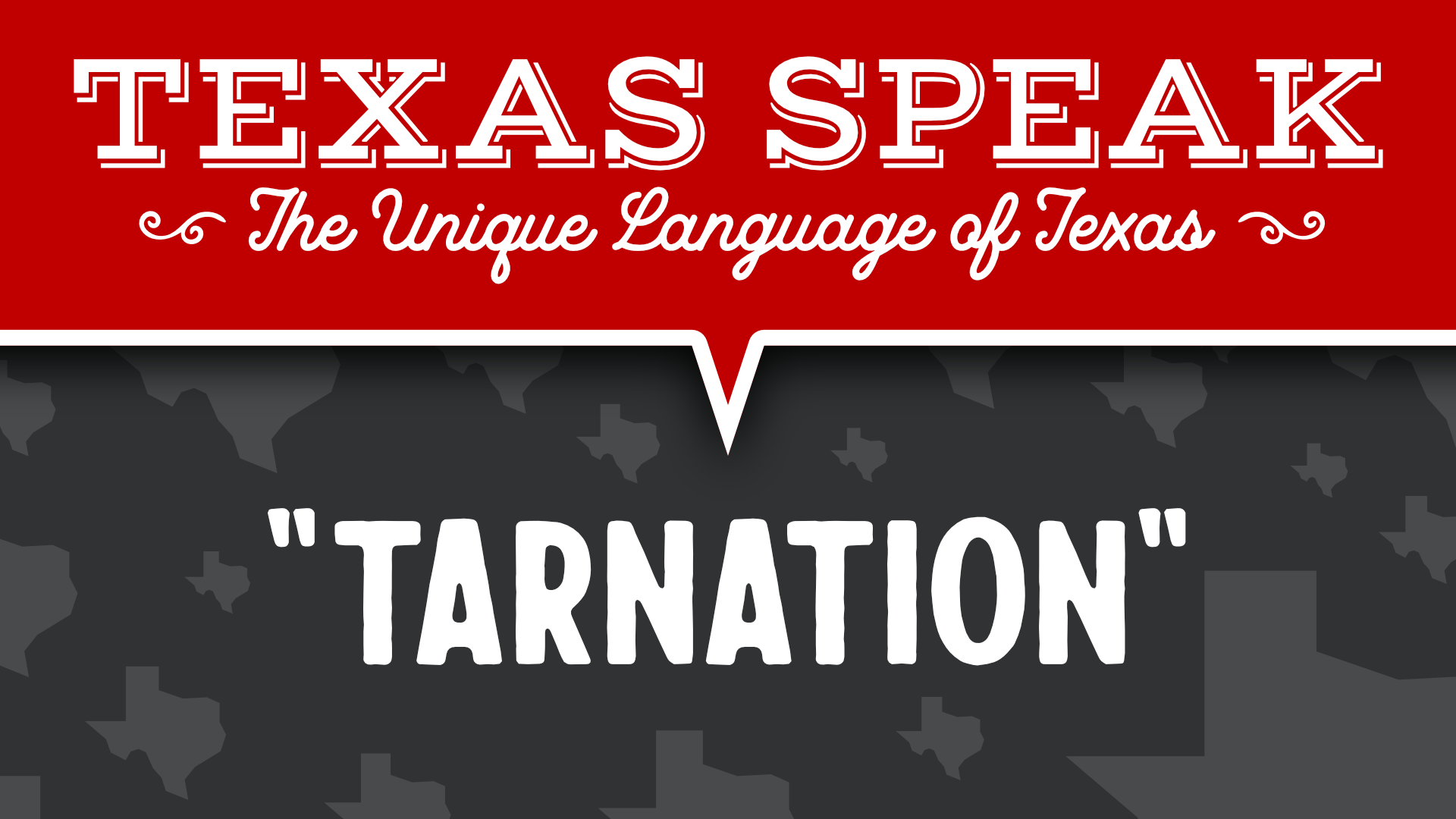 There are plenty of Texans who will cut loose with a string of four-letter words once in a while.  At the same time, we tend to try to be polite in mixed company.  This need for an expletive with the pretense of politeness has bred many great bywords, like “tarnation!”

Texas retains some of its frontier flavor even to this day.  People who came to Texas in the 1800’s were often rough and tough, with enough boldness to step out and take a risk on a wild and unknown land.  I know of one settler from Blanco County who swore so much that his nickname was J. B. “God damn” Wenmohs. This made him slightly less popular among the early Methodists, particularly his wife.

Crusty old settlers aside, the Texas culture evolved to the point where it wasn’t polite for men to curse in the presence of women, nor was it polite for women to curse at all.  But, we all know sometimes the best word for a situation isn’t really a polite one, and so there are bywords, sound-alike or nonsense words that do the job nearly as well.

Linguists call these gems “minced oaths,” because many of the earliest words began as religious exclamations.  Some of them evolved to the point that nobody thinks twice, like Sam Hill as a byword for “hell” or even the more popular “dang” or “dad gum” as bywords for damn.  We know what they mean, but they’ve lost the “sting” of a bad word.

You might recognize a “son of a biscuit” when you meet one, or perhaps a “mother trucker”, but what in the jeepers is “tarnation?”  Tarnation came along in the early 1800’s as a byword for “damnation,” which at the time was a run-of-the-mill religious-based swear word.

This Google Ngram shows the use of “tarnation” in print.  While it was most popular 1840-1860, it seems to be making a comeback.  It was a favorite phrase of Yosimite Sam, and also is used in a meme featuring a Shiba Inu dog in a cowboy hat.  Here are a few ways to use it in a sentence.

“Tarnation!  What the heck are they doing up there in Washington D.C. Thats a bunch of horse hockey!”

“What in tarnation is going on upstairs with those kids?  Sounds like a herd of dad gum elephants!”

“Tarnation, it’s taxation without representation!  What in the H-E-double hockeysticks were they thinking!?

For the ultimate comical minced oath review, check out Tim Hawkins for “Christian Cusswords We Can Use.”

The Texian Partisan celebrates Texas culture, including our distinctive language.  Noah Smithwick is a 6th generation Texan from the hill country.

In this article:linguistics, tarnation, Texas