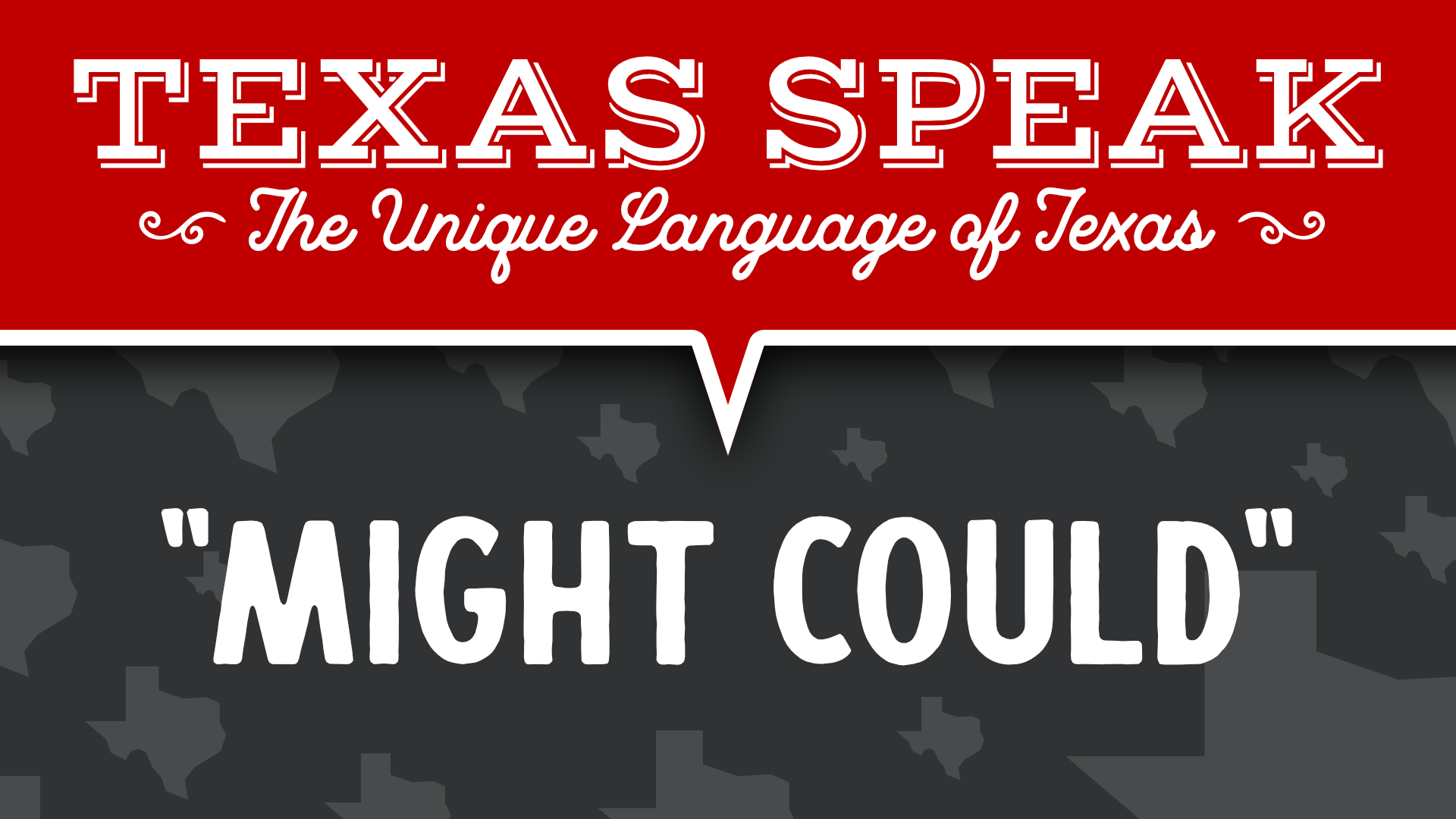 In Texas, we may poke fun at “yous guys” or even the northern “eh?” at the end of a question.  Truth be told, they poke equal fun at us for something that we all understand just fine: the stacked modal “might could.”

“Modal verbs” are words used in combination with other verbs, and are used to change the verb’s meaning to something different from simple fact. Modals express possibility, ability, prediction, permission, and necessity.  We may go to the store, but we may not.  We ought to be good, but we won’t.  We might win the lottery, but the odds are against us. These words are great on their own, but are also somewhat interchangeable in certain contexts. “May,” “might,” and “could” can all be used to say that something is possible, as in “The story may/might/could be true” or “The painting may/might/could be very old.” You can use any of the three in contexts like these.

Enter the Texas and Southern phrase “might could.”  What does that even mean?  As a native Texan, my first encounter with the idea that this phrase is anything other than normal came in my mid 30’s in an interaction with a lady from Minnesota.  “Might could” nearly melted her brain when it came out of my mouth, even though we both knew good and well that we were both plenty well educated.

Putting two modals together, particularly “might could” implies a level of uncertainty to the proposal.  Not only is it uncertain (it might not happen), it is also conditional.  It could happen, if something else happened.  It carries the sense of “probably be able to.”  There’s an element of probability as opposed to certainty, and there’s an element of marginal capability as opposed to certain completion.

The stacking of modals is considered a “regional use,” particularly in the Southern US, rather than a “grammatical error” where the words are simply used incorrectly.  It is also more common in spoken language than in written forms, because even (or especially) in the South we are trained to write more formally than we speak.

Readers might could understand a little better with some good examples.  (I laughed a little because my “grammar check” function suggested that “might” is sufficient here.)

And so, it’s a linguistic train wreck to say “Yous guys might could win the ice hockey tournament, eh?”  Even in Texas, we might could understand.

In this article:might could, texas speak