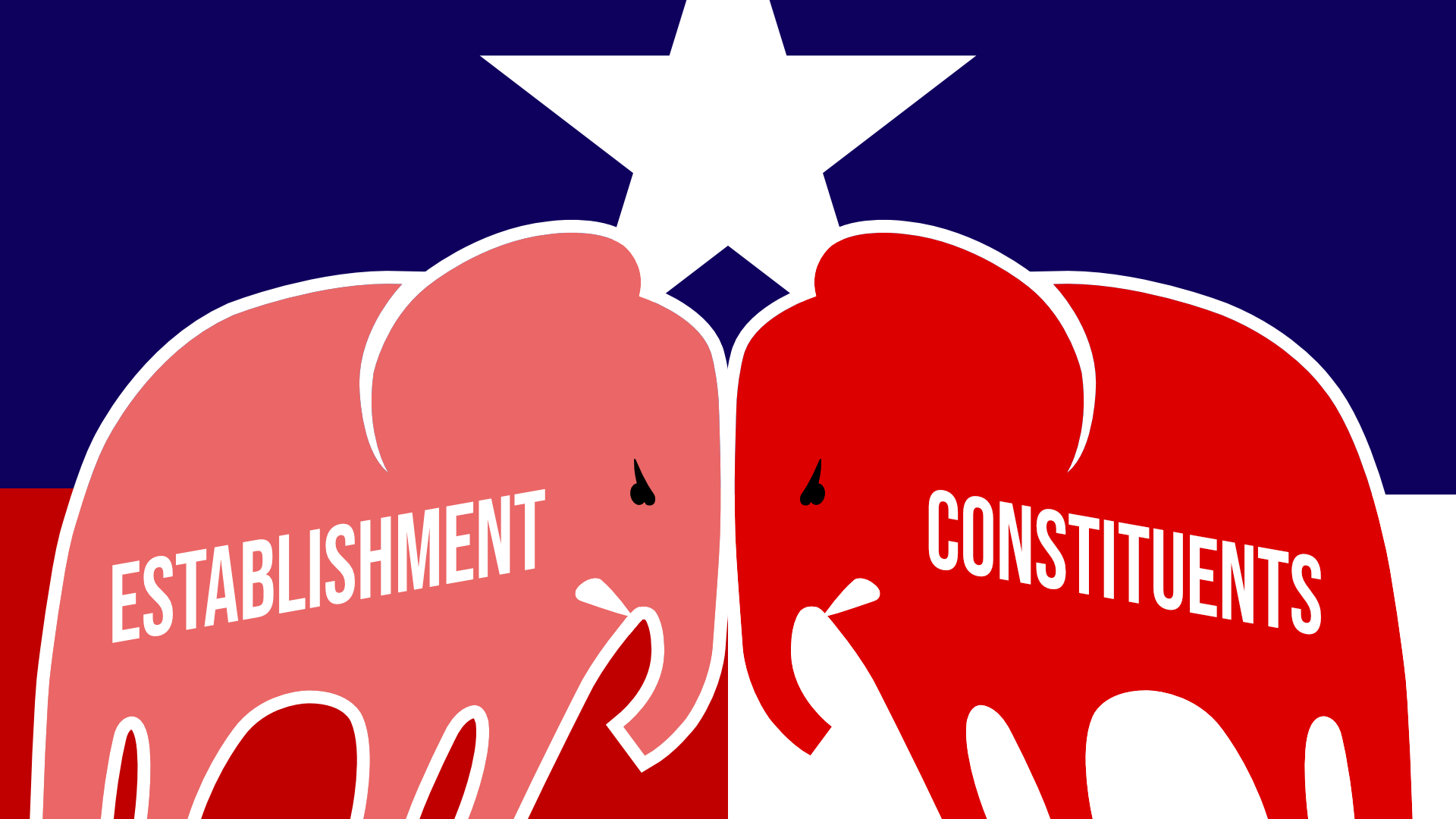 If you’re on Twitter, you may have noticed some snarky comments back and forth between Representative Jeff Leach and Republican Party of Texas chair Matt Rinaldi over the issue of a Republican majority appointing Democrats as committee chairs.  Texas nationalists don’t care, but we have a dog in the same hunt.  Will the Republicans follow the party platform?

The Republican Party of Texas platform plank #233 makes the “outlandish” suggestion that perhaps if Republicans were in charge, they’d put conservatives in charge of the various legislative committees.  As if that weren’t enough, the RPT put the issue of Democrat chairs on the primary ballot as an advisory question, and 81% of Texas Republican primary voters, over 1.5 million people,  said that they were in favor of only Republican committee chairs in a Republican majority legislature.

Today on Twitter, a tweet-storm erupted between Representative Jeff Leach, a buddy-buddy of Dade Phelan and Dustin Burrows, and Matt Rinaldi, former representative and current chair of the Republican Party of Texas.

Those of us who favor Texas independence already have a bit of disdain for the Republican leadership in the Texas legislature.  They stall, they bloviate, they talk, they strut like a ‘conservative’ rooster, and somehow the head of the Calendars committee says “we ran out of time.”  They target conservatives within their own ranks and yet favor their donors and the leaders of the other party.

The bottom line is that today’s Twitter feud between Jeff Leach and Matt Rinaldi illustrates a key point: Republican establishment leadership does not follow the will of the people as expressed in the RPT platform.

If you’ve followed the Texit movement for a while, you may know already that the RPT platform includes not one, but two planks that endorse a Texit referendum, planks #33 and #225.

“33. State Sovereignty: Pursuant to Article 1, Section 1, of the Texas Constitution, the federal government has impaired our right of local self-government. Therefore, federally mandated legislation that infringes upon the 10th Amendment rights of Texas should be ignored, opposed, refused, and nullified. Texas retains the right to secede from the United States, and the Texas Legislature should be called upon to pass a referendum consistent thereto.”

“225. Texas Independence: We urge the Texas Legislature to pass a bill in its next session requiring a referendum in the 2023 general election for the people of Texas to determine whether or not the State of Texas should reassert its status as an independent nation.”

Plank 33 and 225 passed with 88.64% and 80.17% support from the delegates. Therefore, a vote on TEXIT is now the official position of the Republican Party of Texas.

The TEXIT planks outperformed other core and hot-button Republican issues such as the Convention of the States (78.9%), Border Security and Immigration (85.64%), and Prosecution of Election Fraud (83.95%).

While the opposition and political establishment continue to push the narrative that TEXIT is a fringe idea pushed by a vocal minority of Texans, they have again been exposed as abject liars or woefully out-of-touch with Texas voters. Consistent with their online behavior today, establishment Republicans continue to ignore the will of the people as expressed through the party platform.

State Representative Kyle Biedermann, the author of House Bill 1359, the Texas Independence Referendum Act in the 87th legislative session, expressed his lack of surprise at the result.

“Republican voters have overwhelmingly made their voices heard and want a vote on Texas independence. I knew this when I filed the bill. Unfortunately, most of my colleagues tried to deny it. There’s no denying it now.”

In this article:featured, Republican, republican party of Texas, Texit