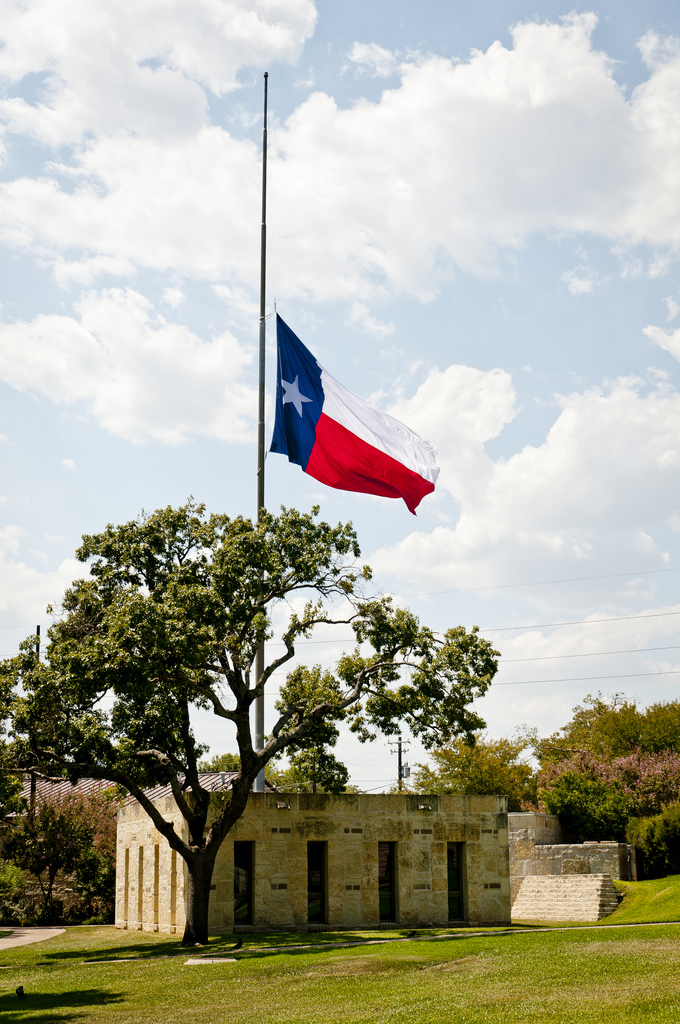 The stars over Texas got a little brighter on March 10th when Sam Houston IV went to join the many men and women who spent their lives making Texas the greatest place on earth. The great-grandson of President Sam Houston and the grandson of Temple Lea Houston, Sam was born in Claremore, Oklahoma * on September 25, 1931. Throughout his life, Sam Houston IV proudly embraced his ancestry while still stamping his own mark on Texas.

A graduate of the University of Houston, Sam majored in history. He carried his love of Texas history with him throughout his life and frequently spoke about the Texas Revolution at schools, imparting his knowledge and passion to future generations. He also regularly spoke at the annual San Jacinto Day celebration in La Porte.

Sam Houston IV was a small unit Infantry combat leader in the Army during the Korean War. He continued his military service in the Army Reserves for 16 years, retiring as a Lt. Colonel. After retirement, Houston continued to serve Texas with his time and knowledge. He was invested into the Knighthood of the Order of San Jacinto in 1985 and performed as both knight commander and president.

On February 23, 2011 Houston was awarded the “George Washington Award” by the Paul Carrington Chapter of the Sons of the American Revolution in Houston, Texas. He also contributed as President General of the Sons of the Republic of Texas from 1990 to 1992. He is one of eight men in the 100 year history of the SRT who has been awarded the Lifetime Achievement Award.

As well as serving as an Admiral in the Texas Navy, Houston was commissioned as Commanding General of The Texas Army on April 20th, 2010 by Governor Perry. The Texas Army is a ceremonial and re-enactment group and he was named President Emeritus of the Sam Houston Chapter in 2016.

Sam Houston IV leaves behind a rich legacy of duty and dedication to Texas history. His commitment to Texas was steadfast and inspiring. His life, and his family’s, stand as a reminder us that Texas is very much worth devoting our lives, our fortunes, and our sacred honor.
* Correction: Previously wrote Sam Houston IV was the first child born in the governor’s mansion, but that was his grandfather, Temple Lea Houston.