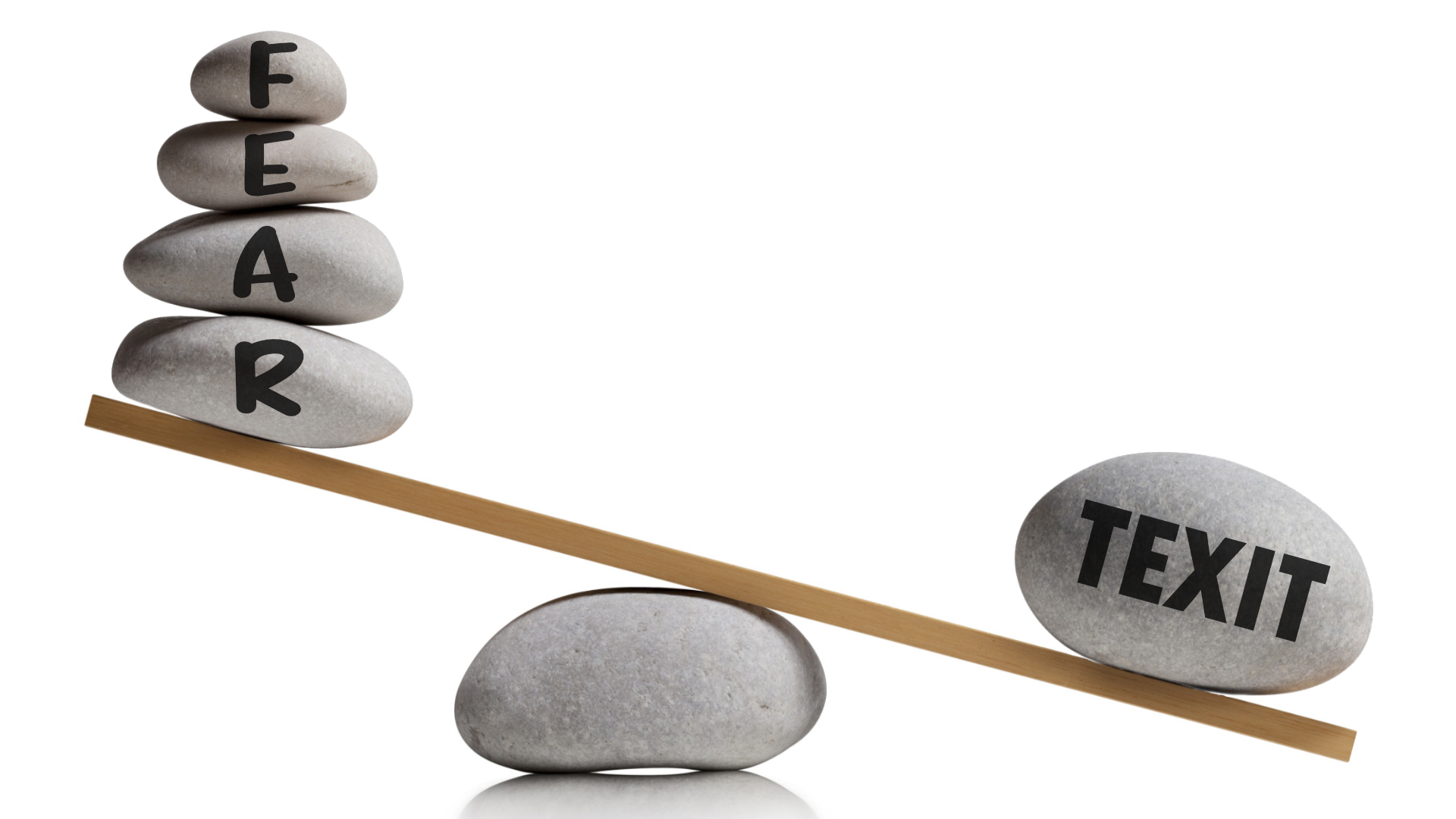 A 20 minute YouTube video by “The Infographics Show” called “What if Texas Declared Independence From the United States” garnered over 400K views in the first week after its debut.  It has many of the facts correct when it comes to Texas, and even features a “Texit Now” flag, but that’s as good as it gets.  It’s littered with doom and gloom, falsehoods, and predictions that Texas would fail because of things like “droughts” and would end up “a country more like Columbia.”

The Infographics Show YouTube Channel has more than 12 million followers and publishes two or three videos each day.  On the first page is a video called “Why you wouldn’t survive Alcatraz prison” that has over 6 million views, and their most popular video, “What happens when you die?” has 24 million views.  That’s nearly one view for every resident of Texas.

When a channel with such a large audience addresses our favorite topic of Texas independence, of course we had to take a look.  Here’s a “the good the bad and the ugly” review of “What if Texas Declared Independence From the United States” from a pro-Texit perspective.

First off, as you may expect from a channel that produces informative videos and has a large audience, they get some credit for doing their homework.  They accurately describe a good variety of facts about Texas, from the “six flags” to the economy, the population, and our relative position within the world on quite a few different metrics.  They include that when compared to the countries of the world, Texas would rank 10th in GDP, within the top 50 by population, and 39th largest by size.  This kind of basic factual reporting unfortunately gives more credibility to the speculation that comes along with it.

They start off track with an interesting question, ‘What if Texas had remained independent after 1836?” They then speculate that Texas would have remained a slave state and served as a “refuge for disgruntled Confederates” after the Civil War. Then they go even further, “without a larger country to defend it, Texas would have had to rely on its militias.” Isn’t that what independent countries do, rely on their own military to a large degree?

If Texas had remained independent, it would be nearly impossible to predict what it “might”be like nearly 200 years later.  By going “doom and gloom” from the get go, they forecast what they have planned for the future.

They claim that Texas as a melting pot with its mix of urban and rural would not have been possible without the participation of the United States.  They predict economic chaos would have ensued following the inevitable dissolution of slavery.  “Texas is what it is because of heavy investment from the United States,” they say, and the “ödds are that Texas might look alot more like Columbia” if it had remained independent.  Naturally I take exception to that.  You could say that Germany and Japan are what they are because of heavy investment from the United States.  Nobody claims they’re “more like Columbia.” Same goes for Iraq and Afghanistan.  Nobody seems to be arguing that these can’t be independent countries.  To speculatively predict historical failure is a rhetorical device that they’re using to predict future failure in the minds of the listener.  Any true Texan wouldn’t settle for that.

Their next point is that “the last attempt at independence didn’t go well for the secessionists.” Ah, the old “civil war” fear mongering again.  The Partisan has addressed that one multiple times as irrelevant to the current drive for Texit.

A measure of credit where it is due

They do give some credit to the potential that Texas has to survive.  They accurately portray the fervor of the Texit movement, and say that “ön paper at least” the idea that Texas could survive makes sense.  They point out key facts: our size, population, and economy rival that of many of the nations of the world.  Past that, they dive off into fear again: “There hasn’t been a serious secession movement since the Civil War… The states that try would probably be crushed by the federal government.”

They may have done some of their homework, but they clearly didn’t read Daniel Miller’s “Texit: How Texas will Leave the Union.” The process we advocate for is clear, legal, and depends on legitimate legislative action and the will of the people.  If you want the “Cliff Notes” of the case for Texit, read this article.  For the US to respond to legislation and voting with a military response would place the US on par with Russia and China.  The US simply cannot respond to a referendum with violence without becoming one of the anti-democratic powers that it rails against.

They lean into the fear, suggesting that the US will intervene to ‘pacify the uprising’ and that ‘When Texas has its referendum and moves to make that independence official” (they didn’t say ïf”at least…) that we would need a “really impressive militia” or we would be “crushed” and the movement would “be over quickly.” Who is it that suggests a civil war is coming?  Not those in favor of Texit, only those who use fear as a tool to maintain the status quo.

But what if the parting was mutual?  They acknowledge that a weak US and a strong Texas may just agree to separate on peaceful terms.  While this is what we work for, they step off into speculation and fear again.  In their mind, the process requires continued escalating dysfunction, to the point where social issues more aggressively divide and where the courts increasingly “ällow states to diverge” on political opinions.  They then accurately describe the Scottish referendum in 2014 as a peaceful example where “their views are considered mainstream.” They discuss Catalan, where the “government” decided that the referendum was ïllegal” and arrested the leaders.

They give credit to Texas for already having the basics of a US-style democratic government set up, and so the transition to an independent government may not be quite as difficult.  They speculate that Greg Abbott, whom they describe as a “fiery right-wing” governor, would be elected as president.  Now that’s funny.  Only outside of Texas is Abbott considered anywhere close to “fiery”or “right wing.” Given that he thus far has opposed Texas independence, it seems unlikely that he’d put himself in a position to lead an independent Texas.  On the other hand, he’s kind of a “wind sock” politician, who points the way the wind is blowing.  If Texans were to openly advocate and call for a peaceful separation, if there were a legislative movement for a referendum, if the people voted in favor of separation, ol’ Greg might just change his mind.

Lacking any real argument, they dig deeper.  They predict that Texas wouldn’t be able to make trade deals with other nations, and would become isolated like North Korea with ëxtreme poverty and starvation.”  They predict that we’d do ok feeding ourselves with our agricultural sector, unless there was a “drought.”  They say that even though we have 28 million people, we’d only be able to maintain a “rather small” army.  We’d have to recruit with “high pay”or else have a military draft.  We’d have “border integrity issues” and the political situation would “continually devolve” as the status quo between Republicans and Democrats was maintained.

Who says nobody needs oil or cotton?  We’d find somebody to trade with.  Blaming the weather for the potential failure of a nation?  Lame.  Deciding in advance that we couldn’t find Texas-sized solutions if we were free from the polarizing effects of an ineffective Federal two-party monopoly?  Who says Texas must follow the same path of degeneration?  Only those who are selling fear.  Only those who don’t believe in Texas exceptionalism and the Texas spirit.  Who says that Texas young men and women wouldn’t be inclined to serve their new nation the same as they previously served the US?  Only those who think Texas will fail.

They threaten that the Texas government will be dominated by “far right” politicians who would make “radical moves” to change the rights of the people, like changing the voting age to 21 or requiring a longer residency period prior to voting.  Self determination and setting of the terms is EXACTLY the point of an independent Texas.  We must find solutions that solve our actual problems.  We must be creative, and things must change.  If we exactly copied the US government, or if we exactly maintained our own government as is, we’d be guaranteed the same dysfunctional status quo that we already have.  The US was a loose confederation before the Constitution, and it was the Constitution that framed what the US would become.  Texas right now is a subservient state in a larger union.  When we become independent, we’ll have a necessary time of looseness and uncertainty while the laws of the new nation are being codified and redefined.  We need not fear this change, as if somehow everything good will be stripped away.  Rather we should embrace this change, as if we are indeed setting the course for our own future.  The US Constitution was revolutionary in its time.  There’s no reason that the Republic of Texas Constitution won’t be the same.  We can balance urban and rural interests.  We can balance liberal and conservative politics.  We can do these things BECAUSE we’re starting over, not in spite of starting over.

They acknowledged that an independent Texas might use its low-regulation and low-tax policies to continue to become a center of manufacturing and industry, but they also speculate complete currency devaluation. They claim that we “must” step up international öbligations” at some point.  Do we need to step up to fight wars overseas?  “Must” we be the world police?  Doubtful.

Their closing argument is that while “Texas is probably better positioned to become an independent country than any state in the union”, starting a new country is “tricky” because in a diplomatic crisis, the US could “make its life hell.”  After selling fear, war, drought, starvation, extremism, and isolation, their final argument is that it’s just “tricky.” It’s too hard.

I’m reminded of a speech John F. Kennedy gave at the Rice University in Houston in September 1962:

I do not advocate for Texit because I think Texas independence will be easy, but because it will be hard.  Re-defining Texas will “measure the best of our energies and skills.”  While we may not yet have a YouTube audience of millions, the challenge of a free and independent Texas is not one we are willing to postpone.   Hard problems are worth solving, and the ultimate goal will be progress of the like that hasn’t been seen on this continent in over 200 years. Let’s go win!

In this article:featured, texas independence, Texit, the infographics show