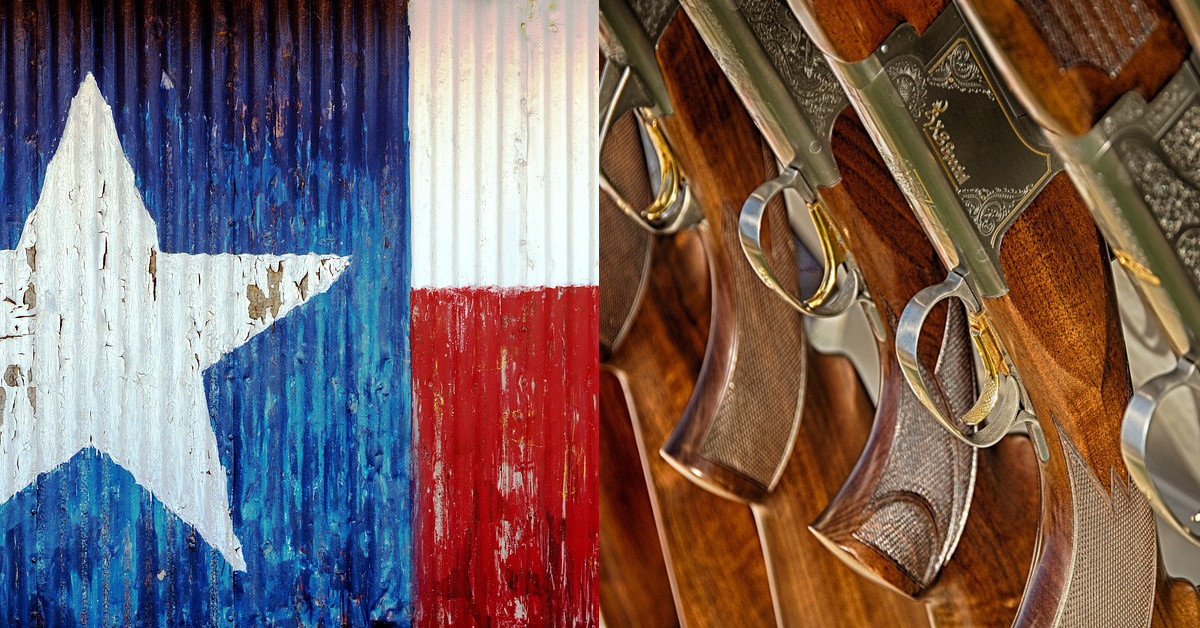 This week, North Korean dictator Kim Jong Un continued with his threats of a U.S. invasion.  This prompted a meme (as so many world events seemed to do) that showed up in my Facebook feed, inviting Mr. Un to go ahead and start with invading Texas so that we could “have that BS wrapped up by next Tuesday.”  Perhaps some well-meaning Texan ought to say “bless your heart,” and give that man some education about the battle of Gonzales, sending him a Come and Take It flag for good measure. No sir, Texas would be a poor place to start an invasion, nor pick a gunfight with.

The folks over at Movoto did some statistical analysis relating the estimated number of gun owners in each state to the number of gun owners in various other countries.  While they admit some methodological challenges that make these numbers a bit suspect, their analysis showed that several US states have gun ownership comparable to the private gun ownership of several world powers.  California was estimated to have as many guns as China, and New York to have as many as Pakistan. And how about our fair state?  Texas has as many privately held guns as the entire nation of Germany.

Many of us can easily recognize how difficult it is to get accurate gun ownership data.  After all, every one of my personal guns was lost in a tragic canoeing accident, and I don’t have a single one left.  How many we have in the safe is a piece of information we typically want to keep private.  Even so, there are some publicly available data that are relevant.

For example, the New York Times reported in May 2016 that Texas has issued more than one million concealed carry permits.   That means that roughly one in 27 of the people you pass on the street have a license to carry, and many of these people aren’t afraid to use their guns when things get tricky.

Most of us in Texas tend to mind our own business when it comes to our firearms.  They’re tools, they’re toys, and they’re private.  Even so, the general principle of “Don’t Mess With Texas” certainly applies.  It doesn’t matter who’s coming, whether “enemies foreign or domestic,” it’s going to be tough to beat Texas.  I predict we’ll have all that stuff wrapped up by next Tuesday.