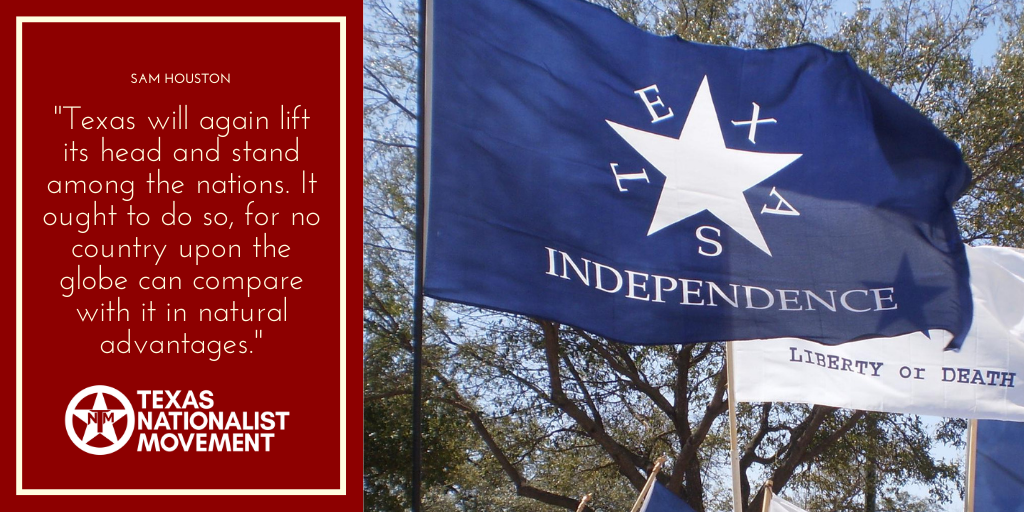 On October 13, 1845, Texans voted 94.3% in favor of accepting annexation to the United States.  After nine difficult years filled with potential but also with turmoil and struggle, Texas gave up.  They’d found a benefactor and helper in the nearby United States and gave up freedom in exchange for security.

Texas was once an independent country, with independence declared March 2, 1836 and decisively won at the Battle of San Jacinto on April 21, 1836.  Between that time and this day in 1845, we stood on our own.  For some, independence was the final goal.  For others, the goal had always been to join the United States.

The union with the United States came in handy immediately, with US help guaranteeing victory in the Mexican-American war.  (Was that the last time the border was actually secured…. I digress) It wasn’t long before we took out on our own again, in 1861, to join a confederation of southern states.  It would be dishonest to say that particular union went well or served to Texas’ advantage.  After reconstruction, Texas again was part of the United States, and remains so to this day.

Some of the intervening times have been good while others have been less good.  Today we find ourselves in a scenario where the Federal government has become increasingly intrusive while at the same time becoming increasingly ineffective.  The weight of bureaucracy and the federal debt are crushing.  The differences between political viewpoints have not been this magnified since perhaps 1861.  It is time again to re-examine whether Texas benefits from its union with the United States.

Given the status of the United States today, would you vote to join?   Would you vote, right now, today, to join the USA?  If you would not join today, then why should you consider staying?

Out of 4,502 ballots cast today in 1845, 4,245 were in favor of entering the United States.  Will you join with the more than 430,000 Texans who today support a return to independence?  Today, the day our ancestors chose temporary security over a future of independence, is a good day to choose independence for yourself and your children.

Sam Houston, who was in favor of joining the US at the time, and who later opposed joining the confederacy, never gave up on Texas.  Sam was by all accounts not a prophet, but I look forward to the day when this promise rings true. Speaking about Texas independence, he said:

In this article:featured, Texas