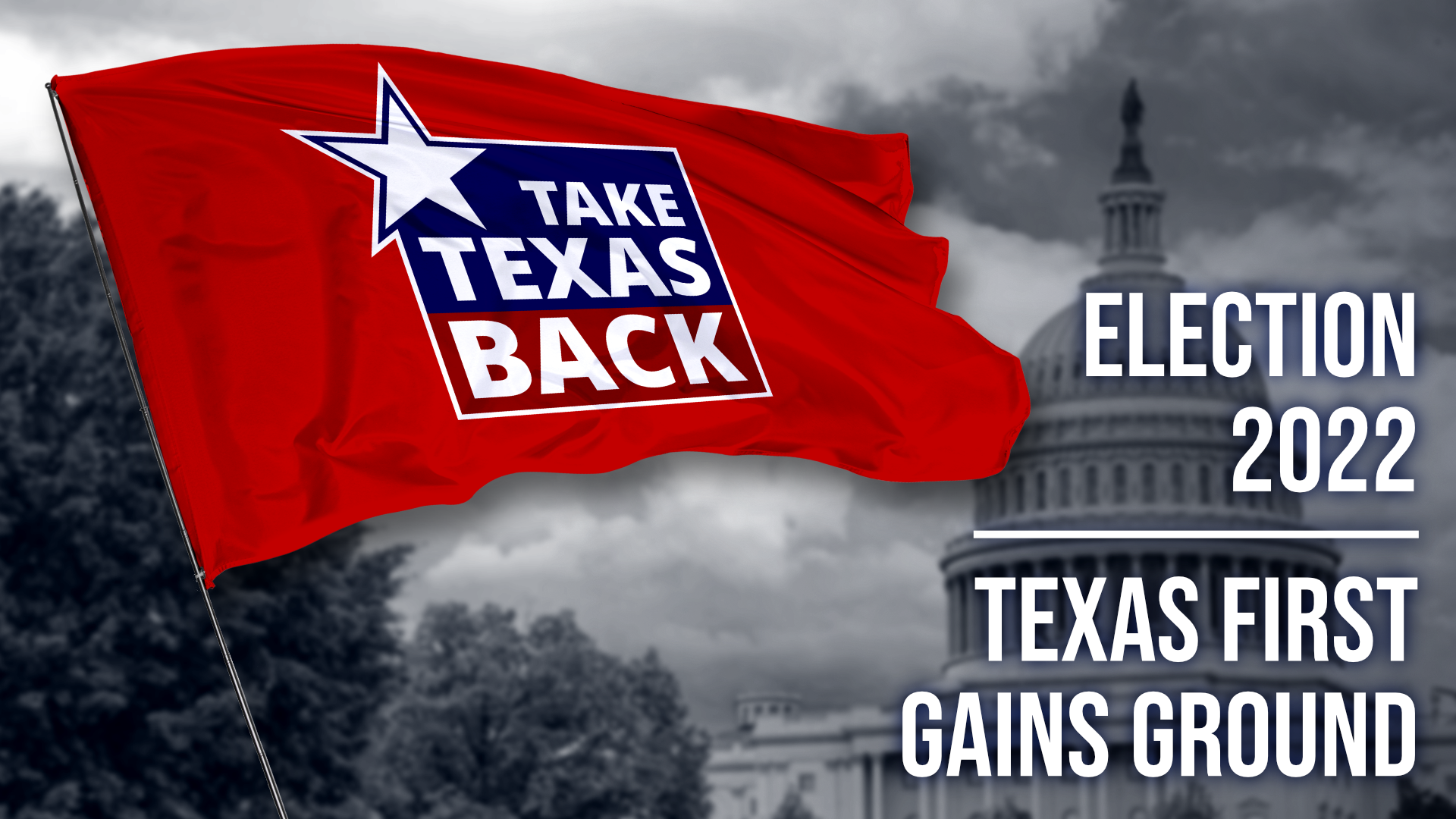 Texas has long been saddled with elected officials who claim a deep love for Texas, only to turn their backs on us when faced with the reality of putting Texas before the federal government and special interest donors. The elected officials who sign the Texas First Pledge have sworn to vote and act only in the best interests of Texas. Five victors in the recent 2022 midterm elections are signatories of Texas First Pledge.

Crafted by the Take Texas Back campaign as a means of installing unapologetically Texas first politicians into all public offices, the Texas First Pledge urges candidates and sitting politicians to heavily weigh each decision they make, knowing their position requires that their judgments align with the values of Texans and the Texas Constitution. The Texas Nationalist Movement endorses and supports only those candidates for public office who sign the pledge.  The Texian Partisan does not endorse specific candidates, but encourages its readers to vote for Texas First Pledge candidates in general.

Political candidates who’ve signed the Texas First Pledge represent a cross-section of Texas—young and old, white, Black, Hispanic, male and female. It is worth noting, however, that while five of the seven 2022 Republican candidates for governor signed the pledge, Gov. Greg Abbott has yet to do so.

While much of the political establishment in Texas continues to mislead Texans or remain silent about the right to sovereignty, some politicians have even been targeted for their support of Texas independence. Such a response is inexplicable, when polling consistently shows TEXIT is a bipartisan issue. As stated by Democrat Larry Baggett, who ran for the House seat in Texas District 85 (Baggett fell to Abbott-endorsed Stan Kitzman): “Isn’t everyone fed up with the Fed?  When I was asked ‘If Texas was an independent country right now, would you vote to join the United States’, my answer was No.  If I wouldn’t vote to join, why would I work to stay?  The status of Texas isn’t a partisan issue, it’s a Texan one.”

In Texas, a person is only as good as is their word. When our forefathers faced threats to their liberty, they famously hoisted a flag emblazoned with the words “COME AND TAKE IT.” Texas First is more than a convenient campaign slogan. It is a fixed set of principles and solemn oath to Texans that officeholders will put the interests of Texas and Texans ahead of anything else.  While it perhaps should be taken for granted that a person running for office in Texas would think first of the interests of Texas, that’s often not the case. Texas First Pledge candidates have given us their word that they work first for us.