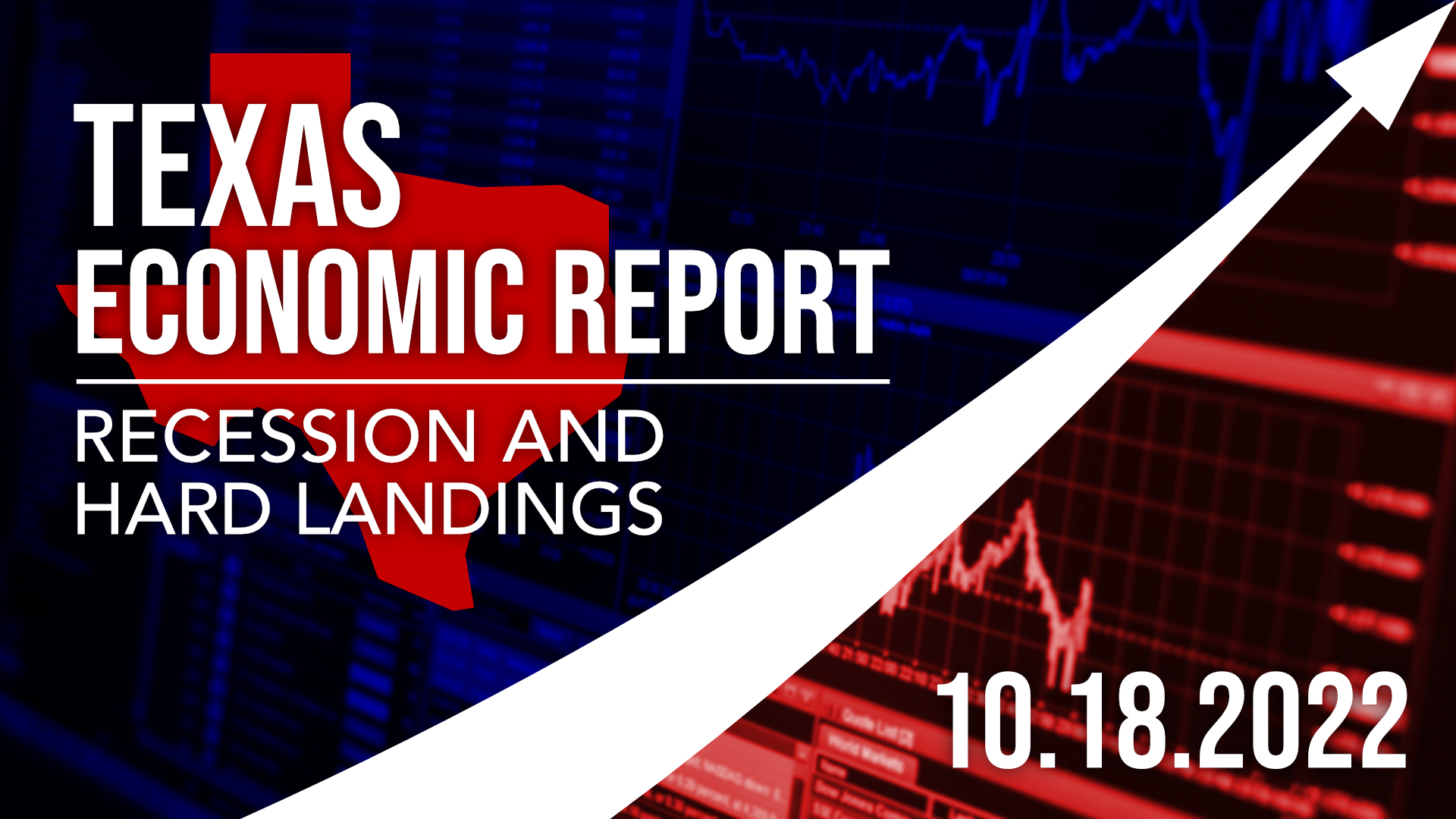 Federal this, recession that. Deficit this, “hard landing” that. Let’s put “stagflation” in a cage match with “rising mortgage rates” and see who wins. As long as the same lunatics run the asylum, the economy continues to face unnecessary challenges.

Federal Reserve is OK plunging economy into a recession: Economist: “If there needs to be a U.S. recession to bring down inflation to appropriate levels, the Fed would be cool with that, says one Wall Street pro.”

Recession expected in 6-9 months, warns JPMorgan CEO Jamie Dimon: “Six to nine months—that’s how much time Jamie Dimon, the CEO of JPMorgan Chase & Co, gives the US and global economy before they slip into a recession. . . . Moreover, the World Bank, International Monetary Fund (IMF), Goldman Sachs, and Morgan Stanley have also warned about recession.”

Bridgewater’s Dalio warns of a ‘perfect storm’ for economy: “Ray Dalio, the billionaire investor who built Bridgewater Associates into one of the world’s biggest hedge funds, said a ‘perfect storm’ is forming that will spread economic pain as the U.S. Federal Reserve raises interest rates. . . . Dalio said government stimulus programs during the pandemic have created a bubble.”

The September jobs report shows inflation is not under control and the economy is ‘headed for a collision of some kind,’ former Treasury Secretary Larry Summers says. “A looming recession has been weighing on markets all year, as the central bank scrambles to hike rates and bring down soaring inflation. After seeing prices hold high despite three aggressive rate hikes this year, Powell took on a more hawkish tone and said the Fed would now try for a ‘softish’ landing – a sign that recession risks are growing as the central bank struggles to cool the economy down. . . . The economy is still running hot though, demonstrated by last week’s non-farm payroll report that showed the US added 263,000 jobs in September, ahead of economists’ expectations for 250,000. . . . Summers noted that September’s core inflation rate, which clocked in below headline inflation at 7%, looked ‘artificially good,’ but core inflation was still rising overall, as the core rate is above the quarterly rate of inflation, which is above the half-year rate of inflation, which is above the yearly rate of inflation, Summers siad.”

U.S. mortgage interest rates rise to highest level since 2006: “The average interest rate on the most popular U.S. home loan rose to its highest level since 2006 as the housing sector continued to bear the brunt of tightening financial conditions, data from the Mortgage Bankers Association (MBA) showed on Wednesday. . . . Mortgage rates have more than doubled since the beginning of the year as the Federal Reserve pursues an aggressive path of interest rate hikes to bring down stubbornly high inflation.”

‘Ridiculously stupid’ economic policies have the U.S. hurtling toward a ‘perfect storm’ of economic pain, Ray Dalio says: “[A]ccording to billionaire investor and Bridgewater Associates founder Ray Dalio. . . . [t]he Federal Reserve has a difficult task ahead of it: Bring down soaring inflation without triggering a severe and prolonged recession. But the central bank may have its work cut out for it as it deals with what Dalio calls a ‘perfect storm’ of crises.”

American cities are preparing for the worst and bracing for ‘stagflation and a possible economic downturn:’ “[R]ecession fears are . . . starting to play out in local politics, with a growing number of U.S. city governments concerned about their finances and planning out more conservative budgets for the year ahead, according to a new survey released Wednesday by the National League of Cities, an advocacy group. . . . In planning their budgets for the 2023 fiscal year, only 70% of city-level finance officials are optimistic that their local financial needs can be met, according to the survey. It’s a steep drop from last year, when 90% of city governments felt comfortable about their finances, as a growing number of cities are concerned that an economic slowdown is set to hit their budgets.”

$31 trillion may seem a fanciful number, but U.S. debt will soon hit your wallet hard: “With inflation still at 40-year-highs, rising interest rates and continued out-of-control federal spending, Americans are just starting to feel the pain of our government’s years of irresponsible decisions. . . . Since January, the debt has risen by $1 trillion. In the past five years, it has grown nearly $7 trillion. Since Biden took office, he has approved nearly $5 trillion in new deficits. Those numbers are hard to comprehend. . . . To break it down, every person living in the United States now has a burden of more than $93,000 from the federal debt alone. . . . The Committee for a Responsible Federal Budget has sounded the alarm on our country’s spending addiction, especially as fundamental programs like Medicare and Social Security race toward insolvency.”

‘Dr. Doom’ Nouriel Roubini warns the next decade could bring ‘massive insolvencies and cascading financial crises:’ “Nouriel Roubini, [t]he 64-year-old NYU economics professor and CEO of Roubini Macro Associates . . . is claiming that we’re headed for a “stagflationary crisis unlike anything we’ve ever seen.’ . . . Roubini said that a toxic economic combination of low growth and high inflation will lead to ‘massive insolvencies and cascading financial crises’ worldwide in the coming years. . . . Roubini believes that our new era of ‘Great Stagflationary Instability’ will be fueled by inflationary trends like aging populations, climate change, supply disruptions, greater protectionism, and the reshoring of industry—or the process of moving businesses that are now operated overseas back to their original countries. . . . And to fight inflation in this environment, he argues that central banks will be forced to raise interest rates back to historic norms after years of moving in the opposite direction.”