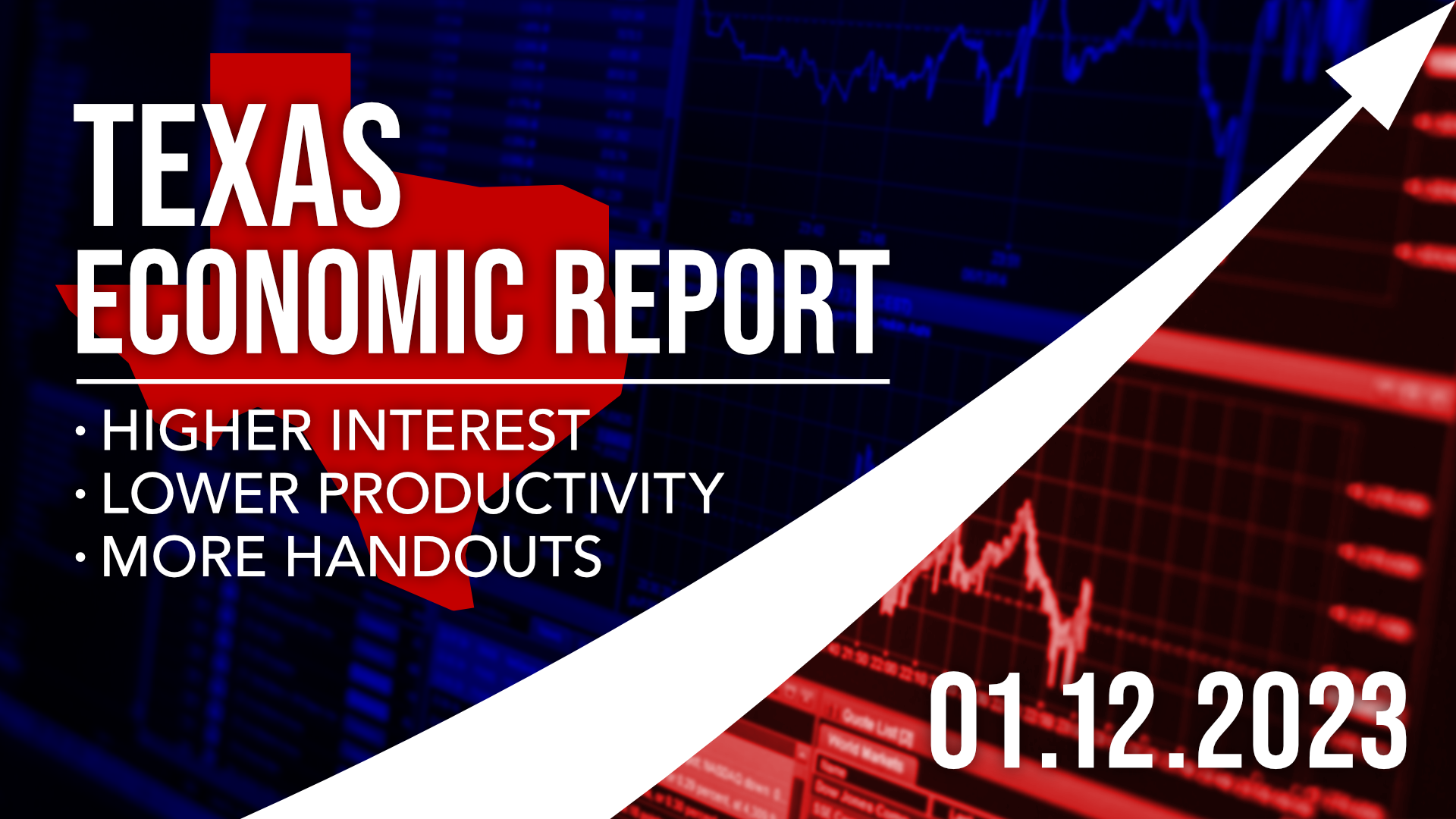 Will 2023 Be The Year? Holiday Indicator Reveals Sad News… “[T]he Federal Reserve continues its fight against inflation via increases in interest rates. The rise in interest rates has been on the fastest track since the 1980s.

With seven interest rate hikes approved in 2022, policymakers have indicated the plan is to raise the rates in 2023 even higher and keep them elevated until 2024. . . . Officials also forecast a slow rate of growth for the economy and a higher rate of unemployment in 2023. The Fed expects elevated unemployment in 2024 and 2025.”

1 in 5 Americans admit to doing the ‘bare minimum’ at work as US productivity declines and employees are less willing to ‘engage in hustle culture:’ “Labor productivity is slowing this year, according to the U.S. Bureau of Labor Statistics. . . . While this measurement increased a modest 0.8% in the third quarter of 2022, it’s not enough to make up for what was lost in the first half of the year. After a 7.4% decline in Q1, productivity in the second quarter dropped another 4.1%, says the BLS. . . . According to a ResumeBuilder.com survey of 1,000 working Americans in August, 21% of respondents say they only do the bare minimum. Another 5% say they do even less than what they’re paid to do.”

Trucking industry hit with stricter pollution regulations from EPA that could drive up operating costs: “The Environmental Protection Agency announced it would enforce tighter pollution regulations on heavy-duty trucks, vans, and buses. The stricter nitrogen dioxide emissions standards could lead to higher operating costs for the trucking industry. . . . The EPA admits that the more stringent standards are meant to force the trucking industry to transition away from diesel-powered vehicles and replace fleets with electric vehicles.”

Disincentive crisis: Many states pay families unemployment benefits larger than job salaries: A “report, published this month by the Committee to Unleash Prosperity, points to a rash of state-level policies that offer generous payouts for workers who are currently unemployed. . . . [I]n 14 states, ‘unemployment benefits and [Affordable Care Act] subsidies are the equivalent to a head of household earning $80,000 in salary, plus health insurance benefits’ . . . [T]his study shows that one factor contributing to the dearth of workers is the generous benefits paid to families without workers.”

‘The Fed has to do the dirty work’ and induce a US recession that’s deeper than Europe’s as the economy is clearly overheating, BofA says: “The Federal Reserve faces the difficult task of cooling down a searing-hot labor market, and aggressive rate hikes will ultimately tip the US economy into a deeper recession than what Europe will likely see. . . . Because Europe had a less rapid recovery from the pandemic compared to the US, Europe’s GDP has less room to fall. . . . analysts see the US economy shrinking at an annualized pace of 1.5% in the first three quarters of next year. The eurozone is seen contracting by 1.2% and 1.6% over the two winter quarters, then rebounding to trend-like growth of roughly 1% over the remainder of next year.”

A closely watched indicator of a coming recession is blaring its loudest warning in over 40 years: “The difference between the yield on the 2 and 10-year Treasury notes is the widest its been in about four decades, flashing a notorious warning of a looming recession and a possible sign of more pain to come for stocks. . . . The 2-year was trading at a yield of 4.241% Monday, compared to a yield of 3.578% on the 10-year . . . [i]t’s the steepest inversion since the early 1980s, and potential grim omen for the economy, as an inverted yield curve has been a notoriously reliable indicator of a recession in the near-term.”

Biden DOE rejects bids to restock oil reserve: “Joe Biden drained nearly 200 million barrels of oil out of the Strategic Petroleum Reserve in a failed effort to keep gas prices low ahead of the midterm elections. . . . At the time, Biden was saying that he would place the first order for three million barrels of oil for the SPR in February. That doesn’t happen overnight, so they opened up the process to take bids from the oil companies. As you would expect, the oil and gas industry responded, sending in their bids quickly. Those bids were turned over to the Department of Energy (which oversees the SPR), but the process remained under the watchful eye of the White House. This weekend we received our answer. Nobody’s bid was accepted. The DOE rejected all of them.”

Study Finds Lower Income People More Likely To Be Audited Than Rich: “[A] study has found that people in the lowest income bracket are five times more likely to be audited than the rich. . . . The Transactional Records Access Clearinghouse (TRAC) at Syracuse University examines internal IRS management reports each month, and the group noticed different trends by reviewing 2022 data. . . . The rate of income tax audits for those in the lowest income bracket hit 12.7 per 1,000, compared to 2.3 per 1,000 among those in the highest – a nearly five-fold increase. The odds of a millionaire facing an audit were around 1.1%.”

In this article:economic report, featured, Texas