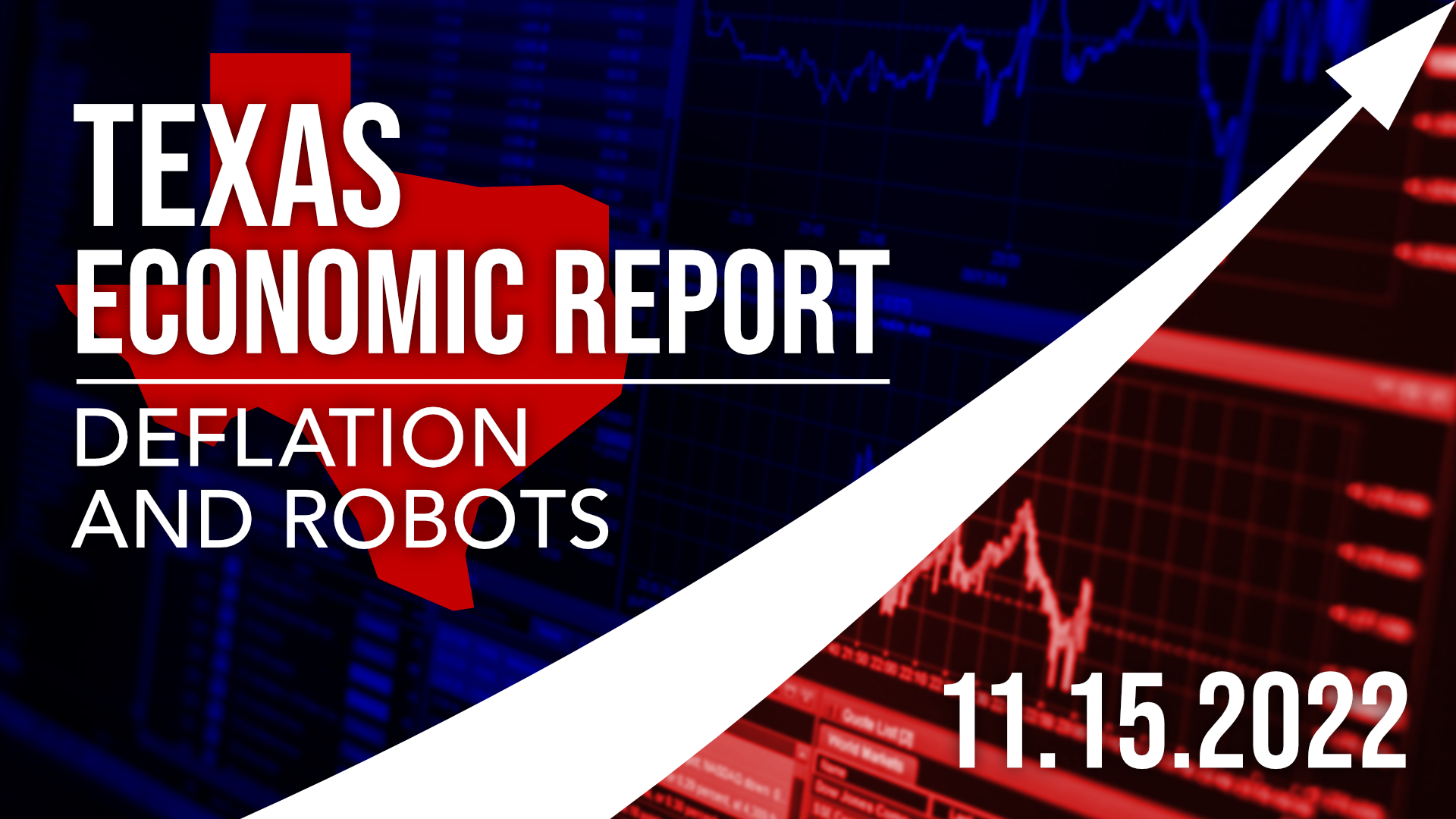 After taking the week off to allow midterm election fatigue to wear off, this week in economic news delivers a nice distraction in the form of predicted deflation and a revolution in robotics certain to transform our labor market. Oh, and social security may be insolvent sooner than estimated. Enjoy!

PNC: Recession’s coming, and here’s when: “Economists at Pittsburgh’s biggest bank are forecasting a nine-month recession next year, starting in the second quarter. . . . [I]nflation and higher interest rates . . . [have] undercut consumer sentiment and spending capacity in the U.S. . . . Over the last 12 months, topline prices increased 7.8% before seasonal adjustment.”

The Bank of England just warned that the UK faces its longest recession in 100 years — is the US next? Here are 3 reasons why a 2023 downturn would be like no other: “[T]he Bank of England, is warning the country is on the precipice of the longest recession in a century. . . . Although no one likes to see their allies struggle, there are a few good reasons to believe the situation won’t be nearly as dire on this side of the pond.”

‘The only people that are going to save us, is us’: Suze Orman says Social Security is in trouble — here’s what you need to do before you retire: “While retirees will receive their biggest Social Security cost-of-living adjustment (COLA) since 1981 next year, experts have concerns the boost could potentially hasten the program’s insolvency date. . . . The main fund that supports Social Security is projected to run low by 2034, according to the latest trustees report — but it could drain even faster now thanks to the higher benefit payments.”

October inflation cooled more than expected, but it’s still close to 40-year highs. Here’s what 5 experts have said about the risk of stagflation hitting the US economy: “Inflation cooled more than expected in October’s Consumer Price Index report – but prices are still well above the Fed’s 2% target, and they’ve been above-target for 20 months now. . . . That ‘sticky’ inflation has sparked fears of stagflation, a dreaded scenario where high inflation gets entrenched into expectations, slamming the economy with a whirlwind of slow growth, high unemployment (and yes, high prices). . . . Those conditions defined the US economy throughout the 1970s and early 1980s, pushing the Fed to hike rates past 19% in the early 1980s. That’s the tightest monetary policy on record, and it spurred a recession and a stunning crash in the stock market.”

From Bad to Worse? Next Year’s Economic Risks Are Already Here: “History says the Federal Reserve’s high-speed interest-rate hikes may well tip the US into recession in 2023. Few will be surprised if spiraling natural-gas prices do the same for Europe. The double whammy of Covid Zero and a property slump threatens to bring China’s economy to a near standstill. . . . And in an extreme downside scenario, all those things happen at once. That could wipe out some $5 trillion in global output. . . . The Fed’s benchmark interest rate is poised to hit 5% in early 2023, up from zero at the start of this year. . . . With higher borrowing costs hammering rate-sensitive industries from real-estate to autos . . . [m]ore than 2 million Americans will likely lose their jobs.”

The Fed made a ‘serious mistake’ by raising interest rates, and it could land the US in another Great Depression, says Ark’s Cathie Wood: “The Fed is ignoring deflationary signals in an hark back to start of the Great Depression, tweeted Cathie Wood . . . Ark Invest CEO.”

NOTE: Okay, everyone, hold your breath: deflation is coming!

Cool Or Scary? Humanoid Robots May Be Replacing A Significant Amount Of The Labor Force Very Soon: “[A]ccording to a prediction by Goldman Sachs, by 2030, humanoid robots may be responsible for 4 percent of the manufacturing labor force. . . . Sachs estimates that the humanoid robot market will have a market size value of about $6 billion. Along with filling 4 percent of the manufacturing labor force, the company notes that robots will be responsible for 2 percent of the demand for global elderly care by 2035. . . . Typically, labor shortages were resolved with increased wages or a focus on education. Both may be remedied with a . . . humanoid robot… . . In 2018, Pricewaterhouse reported 40 percent of U.S. jobs were at risk of being automated. . . . Forbes reported in 2020 that 30 percent of tasks were automated using machines and that by 2025, the percentage would be 50-50. . . . The World Economic Forum estimated in 2020 that artificial intelligence would account for 85 million jobs and 97 million new jobs would be available by 2025.”