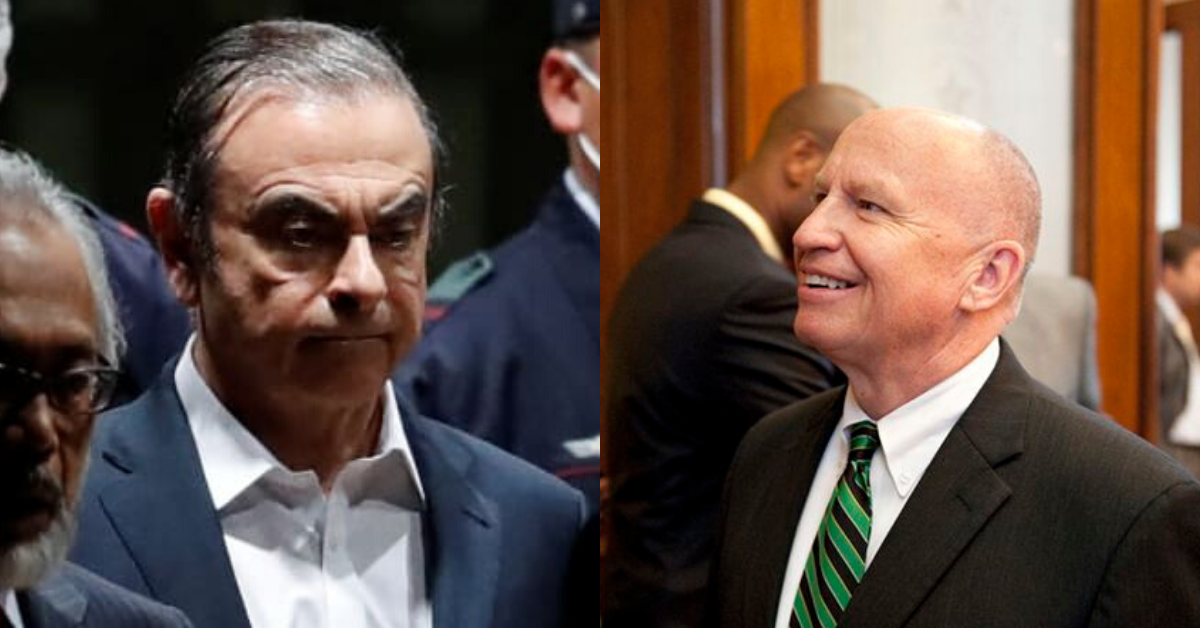 Congressman Kevin Brady’s campaign website advertises his endorsements by Pro-Life groups, a key component and badge of honor for a candidate seeking votes from conservative Republicans. However, Brady’s campaign website makes no mention of his ties to an Interpol fugitive who has funded a U.S. lobbying firm that has donated more than $17,000.00 to the Brady campaign this election cycle as well as millions to Pro-Abortion candidates.

The key figure is Interpol fugitive Carlos Ghosn, who allegedly under-reported $91 million dollars in various forms of personal compensation from Nissan Motor Company as it’s CEO. Ghosn was indicted by the Japanese government, but jumped bail, fleeing to Lebanon where he entered with a forged passport. So far, Lebanon will not extradite him back to Japan.

According to OpenSecrets.Org, a political donation watchdog, Ghosn funneled over $1 Million to the lobbying firm Paul Weiss, et al whose lobbyists are partners or work for the New York and Washington, D.C. law firm Paul, Weiss, Rifkind, Wharton & Garrison LLP. Loretta Lynch, former Obama U.S. Attorney General is a partner in the firm. The Paul Weiss law firm has sued gun-makers on behalf of gun violence victims and has battled the Trump Administration on illegal immigration issues.

According to OpenSecrets.org at least six registered lobbyists from Paul Weiss are assigned to Carlos Ghon to dispense his funds. Paul Weiss has donated $1.8 Million to various candidates so far in the 2020 election cycle, including:

The Paul Weiss et al lobbying firm who fund Democratic candidates who are Pro-Abortion have also funded “conservative” Congressman Kevin Brady the amount of $17,700 so far in this election cycle.

Congressman Brady has earned an “F” Liberty Score with Conservative Review. According to their website, Brady earned his “F” rating by consistently voted for spending measures that did not fully de- fund government-sponsored funding to abortion clinics and his non-conservative voting record.

“Congressman Brady should disavow this lobbying firm, return the campaign contribution and explain his inconsistencies in his Right-to-Life record and accepting funds from a decidedly anti-Second Amendment lobbyist,” stated Kirk Osborn. “It’s time this Congressional District had a real conservative representing one of the most conservative districts in the country.”

Attempts to reach Congressman Brady’s campaign for comment were not successful and his campaign office voicemail was full and not answered live at the time of this release.