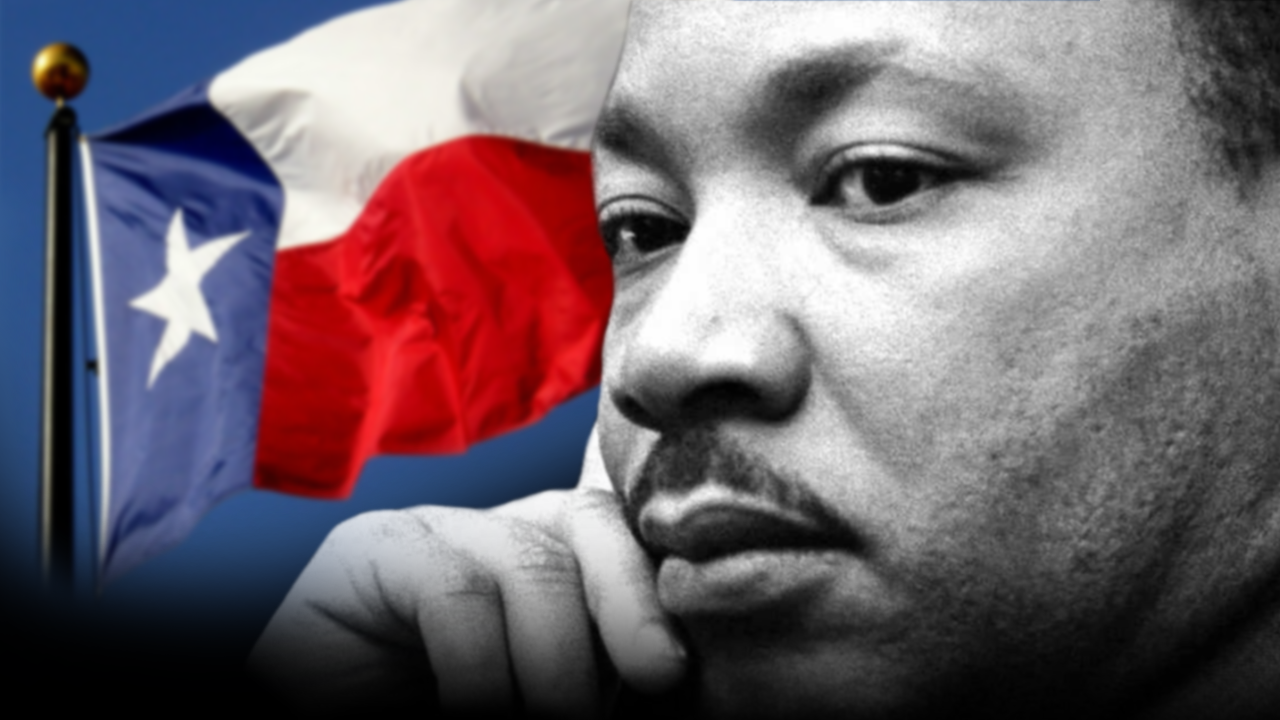 Today is the state and federal holiday to honor the life and work of Dr. Martin Luther King, Jr.

I’m a “regular” white guy who grew up in Texas.  I’ve had black friends, black office mates, and black members in the churches I attended.  In my own mind, I’m unqualified to speak of Dr. King, because the truth of his work and story is foreign to my experience.

I know the “I have a dream” speech, by proxy.  I’ve heard of Selma, Rosa Parks, and the Montgomery bus boycott.  I know there were marches, sit-ins, and a strong bias toward nonviolence among King’s followers.  I know there’s a MLK street in almost every town, and that a big part of the time it’s on the “bad side” of town.

I know that the oppression by the Federal government that I write about several times a week is nothing like the racial segregation of King’s time.  I know that to quote Dr. King in the course of my advocacy for a free Texas is in some ways cultural appropriation, but there are some parallels.

So I’ll do what I do, break things down into simple terms, and talk about Texas.

Dr. King came to Texas a few times.  On a 1959 trip to Fort Worth, King spoke at the old Majestic Theater to a group of 400. He told the group: “We stand between the dying old and emerging new. There can be no birth and growth without pains…The infant freedom is dying to be born.”  I know he wasn’t talking about Texas, but I feel like perhaps we are at a point where King’s words ring true.

In 1962 he came to Austin and spoke at the Texas Union Ballroom.  “I do believe there is a difference between saying something and doing something,” King said in his speech entitled “Civil Liberties and Social Action.”  Many have made this point, that words are easy and action is hard.  When it comes to any goal in life, talking is easier than doing. Our goal of Texit follows the same pattern.

In 1967, King spoke at the Sam Houston Coliseum in Houston.  King by this point was not a fan of the Lyndon Johnson administration.  “Our government is more concerned with winning an unjust war than it is in winning the war on poverty,” he said. “I feel all war is evil, and the war in Vietnam is the most evil of all.”  The Houston Chronicle reported that Klansmen disseminated “hate tracts” around the theater district, near the ironically named Tranquility Park and now the site of the Hobby Center.  Stink bombs were thrown near the stage or in the air ducts, prematurely halting the event.

Ronald Reagan made MLK’s birthday a federal holiday in 1983.  Texas took a while to come around to the idea.  By 1990, MLK day was still not recognized in Texas.  Arizona had just voted not to recognize the holiday, and so the NFL withdrew its plans to host the 1993 Super Bowl in Arizona.  Activists in Texas leveraged the legislature to pass the holiday, because Texas had also put in a bid for the Super Bowl to be held in Houston.  Fear of losing the Super Bowl ultimately led to the legislature recognizing the holiday, but the game ended up being hosted in California after all.

In many ways, our efforts for Texas are nothing like Dr. King’s.  Even so, we fight non-violently for a cause that is dear to us.  We work with words, but also with action.  All we ask for is that which by all rights should have been ours all along.  We advocate consistently, making progress sometimes in small steps, other times in leaps and bounds.  We too have a dream, of an independent Texas where all are equal under the law.  We have our issues with the Federal administrations, and within the Texas legislature as well, but we leverage and lobby when and where we can.  Texas has its struggles with issues of racial justice, and a free Texas will not be magically better nor catastrophically worse when it comes to dealing with racial differences.  But we hope, just like Dr. King, that the future will be better.

In this article:featured, Martin Luther King