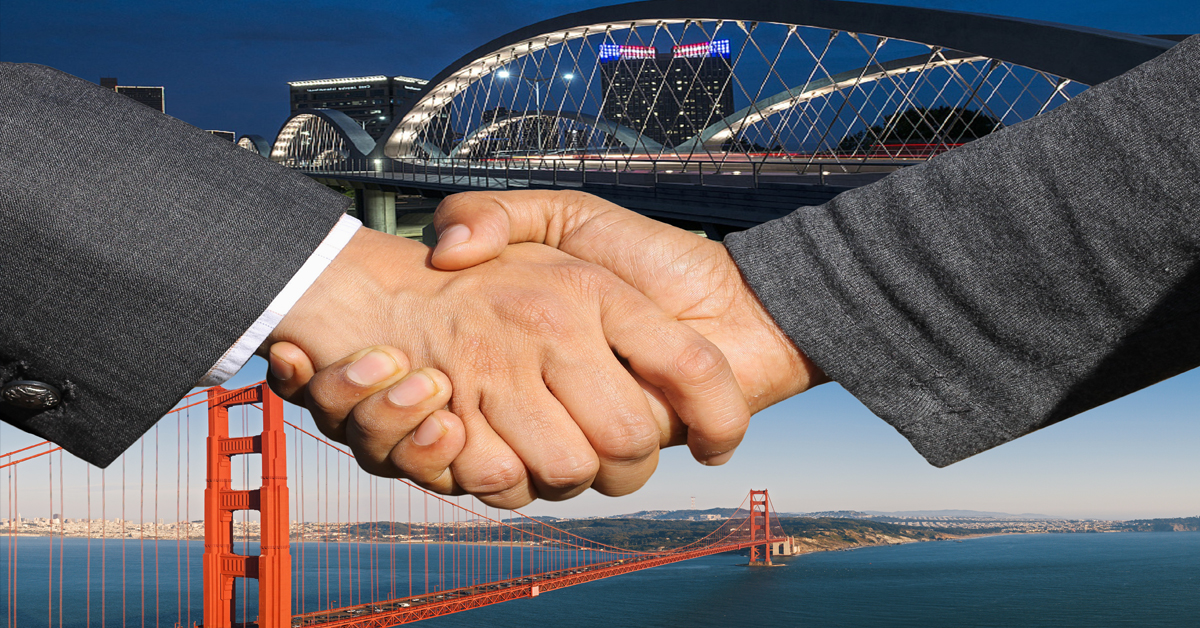 Texas has little in common with California. To the contrary, these two American titans enjoy an arch-rivalry that is unparalleled in the current Union of States. However, politics makes strange bed-fellows, and Texas and California do currently share one important thing that could lay the ground-work for future cooperation: a growing belief that our futures lay on the other side of Union.

In this vein, I would like to walk you through a completely hypothetical scenario. I’d like to stress that this scenario is not advocated or recommended by anyone: this is merely a thought experiment.

Texas Governor Greg Abbott is fully aware that the US Dollar is on borrowed time. Experts are certain that in a period of months or weeks the financial markets will crash, just as JP Morgan is currently predicting. The correction will be catastrophic for Texans, but will also spell certain doom for the US Government as rising interest rates will cause the cost of servicing the debt to soar into the trillions. The Governor knows that historically when governments transcend such conditions, the easiest solution is merely form a new government, abandoning all previous debts. Texas has known for many years that ruin would eventually come to Washington, even as it established a Gold Repository in Leander, forming the reserve for a future Texas currency.

Abbott knows that Texas must begin the process of separating itself from the US, although the fact that a GOP President sits in the Oval Office in some ways complicates the situation. Although many Texans are astute to the inevitability of collapse, many are still of the belief that somehow the President can pull off the promise to Make America Great Again. However, as the President proposes more tariffs and doubles down on his promises to enact new gun control legislation, support from Texas, which was never particularly strong compared to other GOP contenders, is fading quickly.

Even as Abbott is contemplating proposing a statewide referendum on Independence to an increasingly supportive legislature, our rival to the west is hardening its rhetoric against Washington over immigration, climate change, and who knows (or cares) what else. Abbott sees an opportunity that may never come again and decides to act.

After an initial secure phone conversation with Governor Brown regarding the proposal, Texas sends envoys to Sacramento to pound out the details. After a period of intense negotiations, the final agreement started with these words:

“Texas and California stand as free and sovereign states, subject only to federal authority so long as local rule is preserved. The citizens of Texas and California have the right to decide for themselves whether to (re-)assert their status as independent nations, and thus will each respectively hold referendums on independence on March 2, 2019. Any interference by federal or international authorities in the referendums by either state will be countered by both states by any means deemed necessary by the Governors of both states.

Abbott recognizes that both legislatures needed to act quickly and simultaneously ratify the agreement as well as initiate the process of a statewide referendum. While Washington D.C predictably drones on about the illegality of secession and a new Civil War, he knows that the chances of Washington doing anything truly malevolent are very low.

In fact, being that Texas and California represent together a fifth of the entire population of the United States, and a quarter of its economy, economic realities would ensure that Washington would have to “make a deal.” That deal would come in the form of very favorable trade agreements from which all three nations would ultimately benefit.

Again…the preceding is just a thought experiment. Still though, shouldn’t we wonder: would independence be worth a temporary alliance with an unlikely partner?