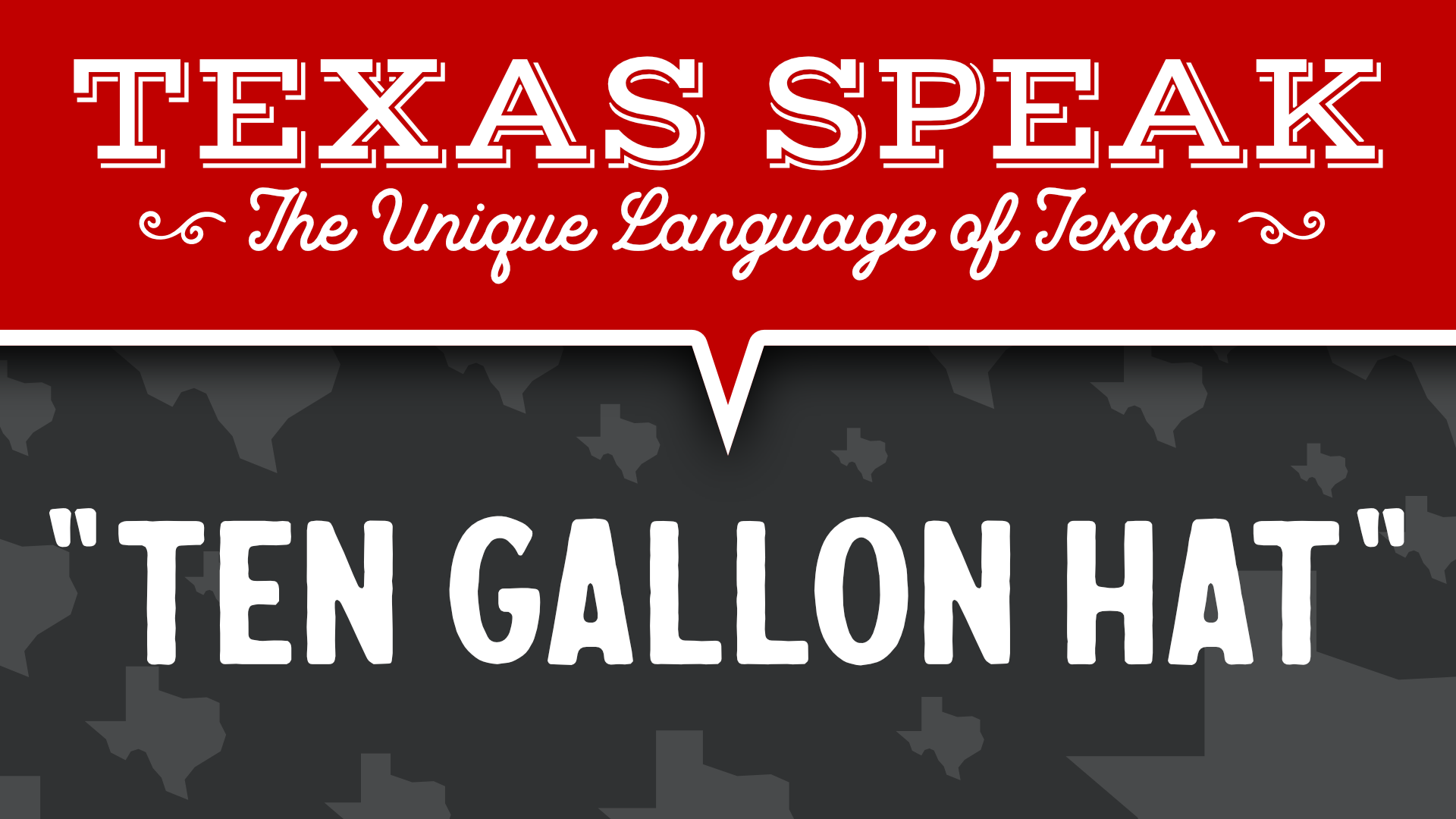 The song “Long Tall Texan” was first released in July 1959 by a group called The Four Flickers.  It was written by Henry Strzelecki, one of the group’s members.  That was the only “famous” song he wrote, although he was a very accomplished bass player and performed with dozens of well known acts. Strzelecki was from Alabama, and so the song is a bit of a caricature rather than a true representation of Texas.  Even so, the catchy tune stuck.  Since the original recording, the song has been recorded by many more well-known groups than the original Flickers.  The Beach Boys, Lyle Lovett, and even Ben Folds have recorded the song or performed it live.

Aside from riding a big white horse, and riding from Texas to enforce the law, the long tall Texan wears a “ten gallon hat.“  First off, nobody really believes that said hat holds ten gallons of water, although there was a famous Stetson ad that showed a cowboy giving his horse a drink out of his hat.  History.com explains it this way:

Most experts argue that the name “10-gallon hat” is actually an import from south of the border. Cattle drivers and ranchers in Texas and the Southwest often crossed paths with Mexican vaqueros who sported braided hatbands—called “galóns” in Spanish—on their sombreros. A “10 galón” sombrero was a hat with a large enough crown that it could hold 10 hatbands, but American cowboys may have anglicized the word to “gallon” and started referring to their own sombrero-inspired headgear as “10-gallon hats.” Yet another linguistic theory argues that the name is a corruption of the Spanish phrase “tan galán” —roughly translated as “very gallant” or “really handsome”—which may have been used to describe the majestic image of a hat-wearing cowboy in the saddle.

Another interesting tidbit, “ten gallon hats” weren’t even regularly worn by Western cowboys.  The hat style became popular in the 1920’s after being featured in the silent cowboy films of Tom Mix and others.  Among the more popular hats worn by “real” cowboys was the Stetson “Boss of the Plains.”  This design dominated the west in the 1870-1900 era.  The design had evolved a bit by the Tom Mix era, and different “crease” designs were somewhat characteristic of different western regions.

Lyndon B. Johnson, a true Texan from the hill country, was famous for wearing a cowboy hat in the “ten gallon” style.  No matter what kind of hat you wear, even if it’s a Texas Independence ball cap, wear it with Texas pride.