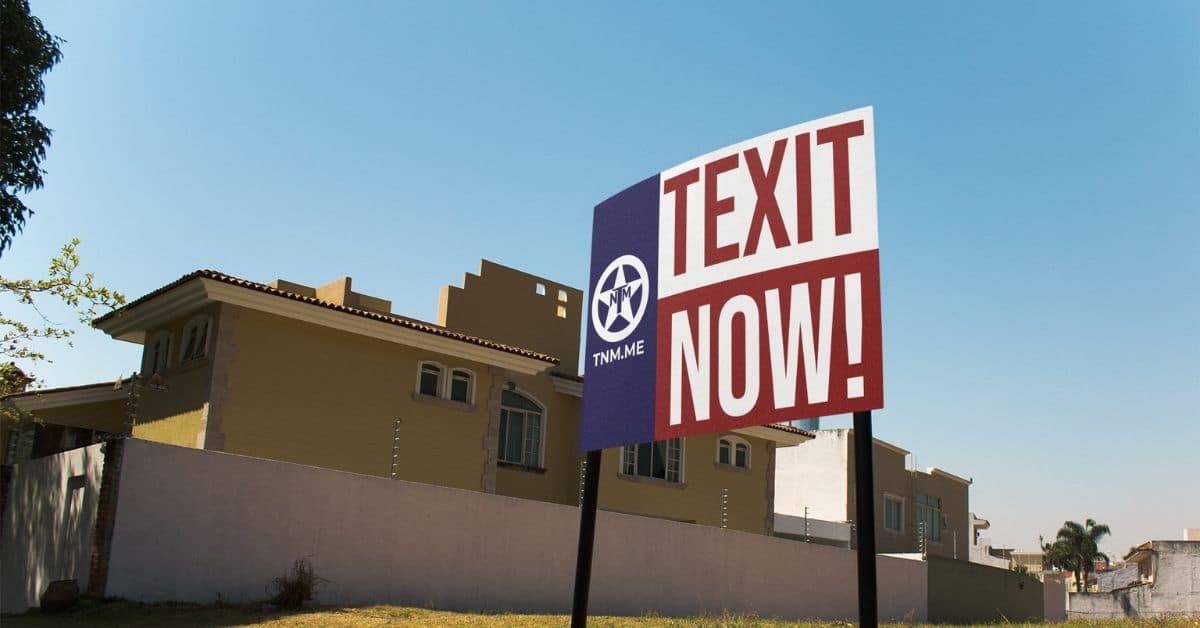 On American Independence Day, the quest for Texas independence takes on a new light. During the colonial period, King George perpetrated grievous transgressions on the people of America. Yet, they pale in comparison to the abuses being heaped on the great State of Texas today by today’s federal government.

Terrorists, drug runners, human traffickers, thieves, rapists, and murderers overrun Texas with little to no effort by the federal government at stopping them. The number of altruistic immigrants seeking legal passage into the country and searching for a better life does not justify the tidal wave of corruption flowing across our southern border.

For decades before the unconstitutional COVID-19 lockdown, the federal government infringed on our rights, leeching away our basic and guaranteed freedoms. Every day that government grows more forceful and oppressive. During the worst of the quarantine, both the federal and state governments ordered peaceful, law-abiding churches not to hold services. Yet protesters could, with governmental approval and support, commit violence and mayhem in our cities with free reign. At the bidding of the federal government, state and local authorities kept children out of school. Then school boards took advantage of the opportunity by implementing immoral and antisocial policies that harm children and destroy the fabric of our society and culture. Small businesses by the hundreds closed up shop for good, while Amazon, Walmart, and Target raked in the cash.

The presidential election of 2020 became the most corrupt, illegal election in our history. Federal judges and politicians violated their sworn duties to uphold the law by ignoring the thousands of affidavits from multiple states attesting to observed voting irregularities and blatant fraud. Our media and social networking entities collaborated to suppress, manipulate, and completely ban any dissenting opinions.

Additionally, the financial and unconstitutional burden of taxation heaped upon the shoulders of working Texans by the tyrannical federal government only lengthens the list of grievances suffered today—grievances the Founding Fathers would never have tolerated. Thomas Jefferson wrote in the Declaration of Independence: “But when a long train of abuses and usurpations, pursuing invariably the same Object evinces a design to reduce them under absolute Despotism, it is their right, it is their duty, to throw off such Government, and to provide new Guards for their future security.” Those words still ring true today.

Texas possesses that same spirit of liberty, but the oppressor takes hostages every day when they convert the minds of our children to their anti-freedom indoctrination. Every Texan must take a stand against federal tyranny and for Texas independence.

While some would call TEXIT supporters to be traitors, it could not be further from the truth. “You can’t claim to be patriotic and file a bill for Texas to secede from the union,” said Abhi Rahman, a spokesman for the Texas Democratic Party.” But isn’t that exactly what the United States was founded upon? The idea of freedom and independence from a federal government that is consistently overstepping its boundaries is exactly what Texans are trying to regain. It is the modern-day version of the American Revolution, except the TNM is trying to get it done peacefully and with an amicable solution. Don’t let anyone say that Texans are unpatriotic. If anything, the Texas Spirit is the embodiment of patriotism. Unfortunately, this country no longer resembles what the Founding Fathers intended. Texans are just trying to get back what is rightfully theirs—the right to self-governance and self-determination.

The “Spirit of Texas” is intangible, but it permeates the hearts of citizens throughout our beautiful state. Hurricanes, blistering heat, and recently, unprecedented cold, Texans come together to help each other. From local food drives to national tragedies, Texans show up to get the job done. Texans take care of Texans. They take rights and responsibilities seriously, and this is where the federal government has failed. They ignore the rights of the states and have skirted their responsibilities to protect and preserve independence. The “Spirit of Texas” is the respect for the past and the hope for the future and is the embodiment of the “Spirit of Freedom” America was founded upon.

Every Texan must reassume their personal obligation to truth and freedom. All it takes is one generation to sacrifice the freedom of the next. Do you want to be the generation that sits back and watches as our freedoms are abolished? As Jefferson admonished, “It is (our) right, it is (our) duty…” Where do you stand in the cause of Texas Freedom?

Take a stand! Make a difference. Join the TNM. Become a member. Sign the petition to put TEXIT on the ballot. Consider becoming a volunteer to help WIN TEXIT!

Help make Texas an independent and sovereign state once again!