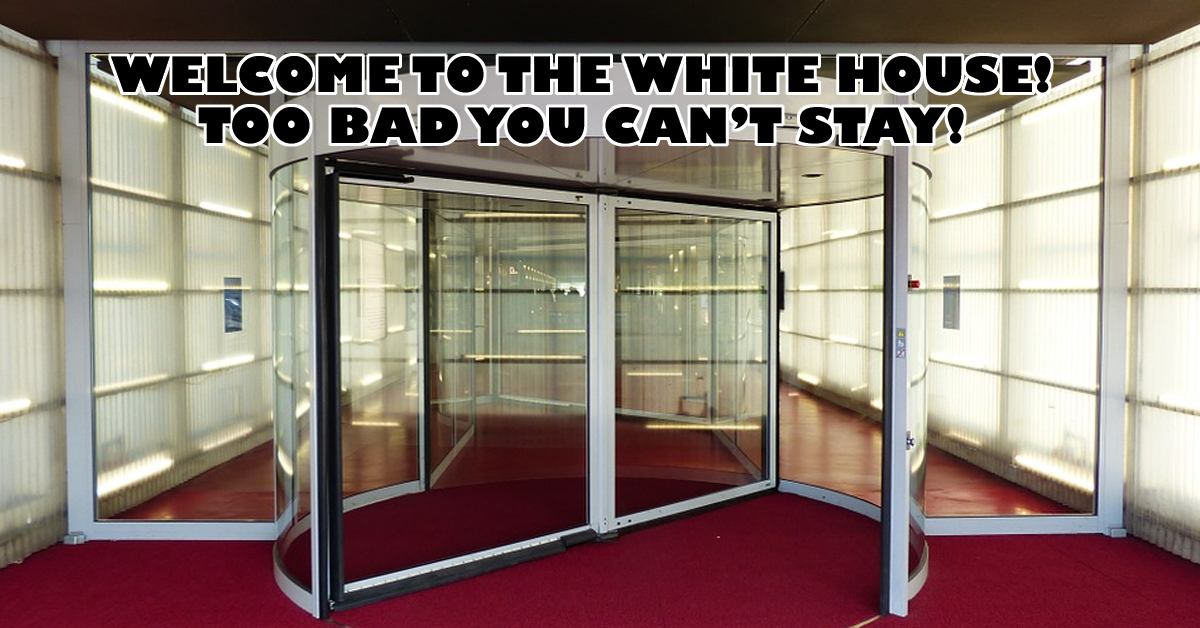 Another week, another Trump administration official terminated. Much like a box of Kleenex, It seems that President Trump prefers his officials to be disposable. And, in the latest culling from administration, Rex Tillerson joins a growing list of former administration officials who’ve shuffled-off the executive coil. With so many errors like these, Texas and the other states are left to wonder if maybe their confidence in this administration and its abilities was misplaced.

Trump came into office stressing the importance of finding the best people to fill the various positions within the cabinet. And while it’s normal to have a few firings in a new administration, even that sends some signal of trouble within the executive, both at home and abroad. However, the Trump administration is setting new standards for the revolving door that is his administration; It’s starting to get a bit ridiculous. Trump is going through cabinet members faster than Lincoln went through generals! Nearly every week, it seems as though somebody is fired, quits, or is pressured into retiring!

The reasons for these purges vary. Some recurring themes that follow ex-administration officials are that they didn’t sufficiently fall in line with Trump’s wishes, embarrassed him, or otherwise failed to properly stroke his ego. Secretary of State Tillerson’s surprise dismissal came some months after it was revealed that he called Trump a “moron;” NEC Director Gary Cohn left because (reportedly) because he didn’t favor the tariffs that Trump wanted to enact; Public Liaison Communications Director Omarosa Manigault-Newman left after clashing with the President on undisclosed topics; Communications Director Hope Hicks left after she admitted to lying for the administration; and HHS Secretary Tom Price left after it was revealed he spent “$1 million of taxpayer money on both the domestic trips and military flights.”

Also prevalent are the firings because of incompetence, either by the individuals themselves or in the lack of proper investigation in their hiring. Personal Aide John McEntee was let go because of issues with his “background clearance;” WH Staff Secretary Rob Porter left after it was revealed that he allegedly abused his ex-wives; WH Communications Director (who lasted only 6 days) was pressured to resign after he gave an unguarded “expletive-ridden” interview that was subsequently published. Of course, this is to say nothing of those that left because they lost faith in the administration, those who walked out for some undisclosed reason, those that were at center of some kind of scandal, or those whom the president has tried to shake loose but still refuse to go. The best people? This is a far cry from what Trump promised would be the norm for his administration

Some may attribute the President’s inability to find or hold-on to competent staff to anything other than Trump and his lack of capacity to properly judge ability and character. However, I think it’s a fair assessment to suggest that Trump’s issues with his own character may be a factor in why he seems to be so unlucky in staffing the White House.

To be fair, however, while Trump’s Oval Office seems to be a federal approximation of musical chairs with the staff hires, the last Administration wasn’t much better in quality. Though, instead of cutting loose officials embroiled in the many ethical scandals that plagued the Obama administration, Obama (for the most part) kept clowns like Attorney General Eric Holder, whose resignation happened long after being held in contempt of congress for his stone-walling in the Fast and Furious Probe.

Perhaps Trump runs his administration like an episode of The Apprentice, the real problem is with the federal government and the bureaucracy of the executive that has long since extended passed all constitutional mandate. And the only way that Texas will see that particular problem remedied is to opt-out of the Federal system, altogether. Texas can do better than this! Texas deserves better than this.

Steven Goldstein: Under Secretary of State for Public Diplomacy and Public Affairs

Omarosa Manigault-Newman: Director of communications for the Office of Public Liaison

Gary Cohn: Director of the National Economic Council and the Chief Economic Adviser to the President