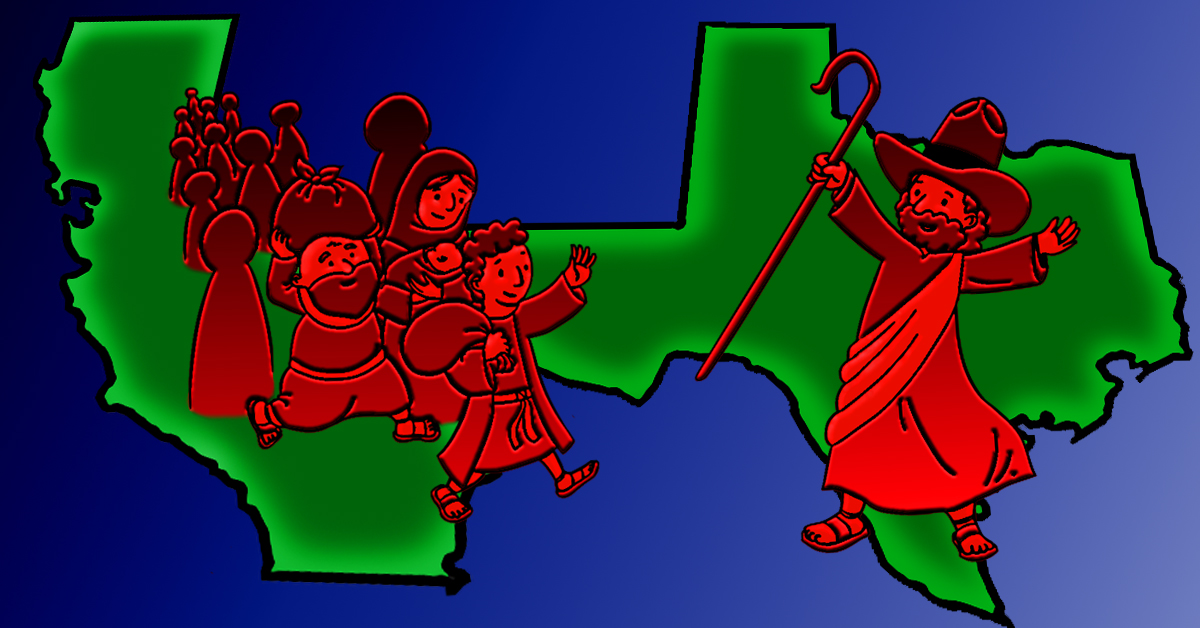 Texas and California stand as exemplars of their respective political philosophies.  No state in the union is so big-government and socially liberal as California.  No state is as fiscally and morally conservative as our fair Texas.  Of course we all know that no stereotype, however accurate, is 100% true all the time.  There are plenty who are left-of-center in Texas, although mostly concentrated in our four main metro areas (Austin, Houston, Dallas, San Antonio), and believe it or not, there are plenty of conservatives in California.

One man from California is working to make it easier for conservatives to flee the oppression of California and come to Texas.  Paul Chabot ran for congress in California as a conservative.  He lost the first one by a close vote, but lost the second campaign by a solid 11%.  What do you do when you’re solid red, stuck in a blue state?  You move to Texas.  Mr. Chabot moved to McKinney, Texas, and started a company designed to help others make the same move for the same reason.

The company is called Conservative Move, and their slogan is “Helping families move right.”  They’ll put you in contact with a realtor to sell your California home, and in contact with a realtor to help you find a place in Texas.  With the difference in cost of housing between the two states, clients are finding that their California equity buys a pretty nice spread out here in Texas.

While many in Texas don’t like the idea of being over-run with Californians, what if we were more selective about who we recruited?  What if California conservatives could be persuaded that low taxes, small government, and family values is existentially better than insane real estate prices and liberal social policy?

While in general many of us can echo the sentiment of Governor Abbott who recently said, “As your governor, I will not allow Austin, Texas, to Californiaize the Lone Star State,” we ought to keep an open mind when it comes to our western neighbors.  They aren’t all “left-wing crazies,” any more than all of us here are “right-wing crazies.”  I bet we could arrange a trade.