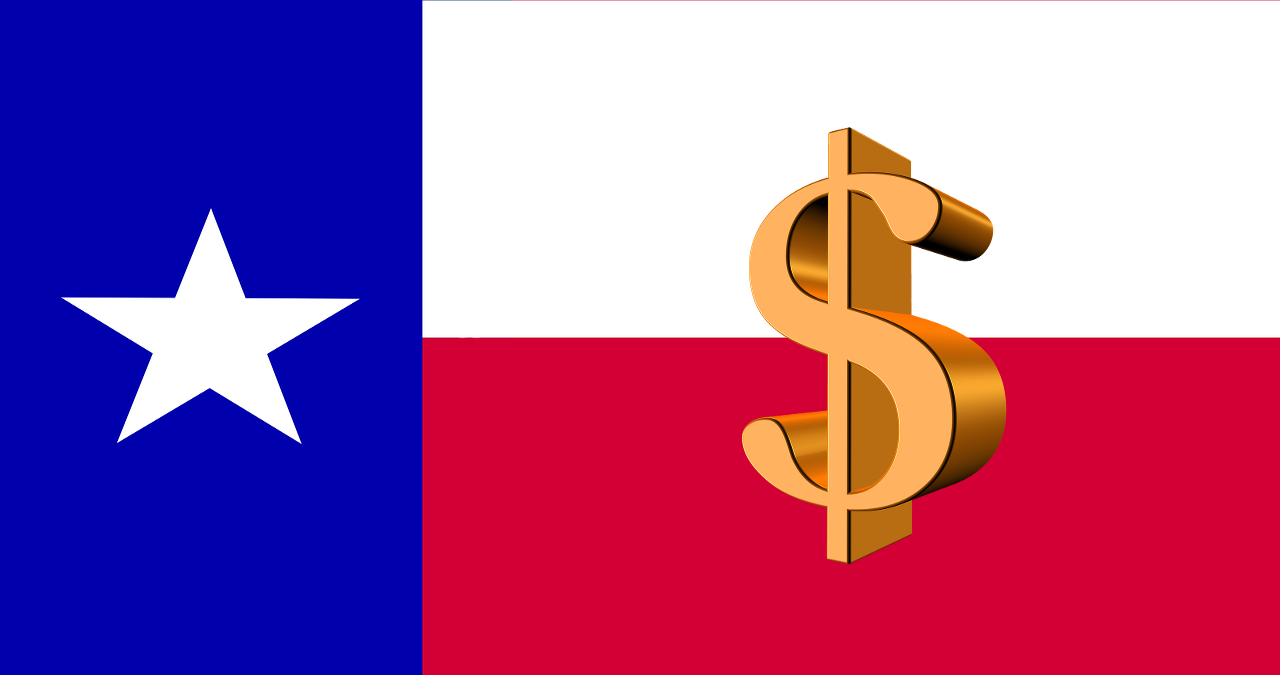 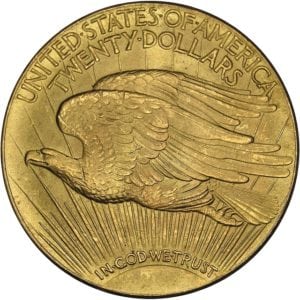 You just placed a fine 3-piece suit on the cashier’s counter, noticing a 1913 calendar under the glass. The $20.00 price tag seems a bit high, but you value the suit more than the one ounce gold piece in your pocket. While the cashier calculates your bill, the year on the calendar advances to 2018. The cashier says: “That will be $509.07 sir.” Welcome to 105 years of federal monetary malfeasance. How did it happen, and what can we do about it?

Money is an agreed upon medium of exchange that requires a number of properties to be useful. It must be durable, portable, uniform, scarce, acceptable, divisible and fungible: durable so that it lasts a long time; portable so that it is convenient to shop with; uniform so that each dollar bill is worth the same as any other; scarce so that it has value; acceptable so that all use it; divisible so that you can buy cheap stuff; and fungible so that a dollar and ten dimes are equivalent. What was our early American experience with money? 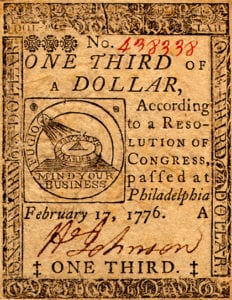 During the British colonial period, each American colony circulated its own currency. Some of those currencies circulated throughout the colonies, such as the continental dollar. During the Revolutionary War, Congress printed increasing numbers of continental dollars to finance the war. They eventually became worthless, leading to the phrase “not worth a continental.” This experience was fresh in the minds of our founders when they wrote the United States Constitution.

The U.S. Constitution is a document of enumerated powers, granting specific powers to Congress, prohibiting the states from exercising particular powers, and leaving all other powers to the states or to the people. Article 1, Section 8, clause 5 of the Constitution reads: “[Congress shall have the Power to] coin Money, regulate the Value thereof, and of foreign Coin, and fix the Standard of Weights and Measures …” Congress was granted no power to print money, invent money, or in any manner to create money. They were solely granted the power to coin money, i.e. transform existing metal into disk tokens. 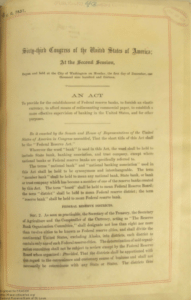 The Federal Reserve Act of 1913

Article 1, Section 10, clause 1 reads: “No State shall … make any Thing but gold and silver Coin a Tender in Payment of Debts; …” This prohibits any state from accepting as payment, or discharging its debt, with anything other than gold or silver coin. Since this is the constitutional situation, then why is the Federal Reserve creating money, and why isn’t my state using gold and silver coin? The answer? Federal and state lawlessness.

In 1913, when Congress passed the Federal Reserve Act, it abdicated its monetary responsibility. The Constitution grants Congress no power to delegate any of its enumerated powers. In creating the Federal Reserve, a private banking cartel owned by its member banks, the members of that 63rd Congress violated their oath of office. G. Edward Griffin details these machinations in his book, The Creature From Jekyll Island. What have been its consequences? 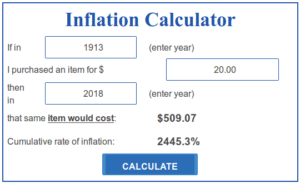 What Price Have We Paid?

The U.S. dollar has lost 97% of its value since the creation of the Fed. That $20.00 three-piece suit of 1913 costs $509.07 today. That one ounce Gold Eagle coin you had in your pocket costs over $1,200 today. This devaluation of the dollar is a consequence of monetary inflation: increasing the money supply. In turn, monetary inflation has led to price inflation, i.e. rising prices. There is no incentive to save, yet strong incentives to borrow, in such a market. Neither is good for the economic health of a country.

If we want to regain control of the most fundamental component of our society, money, we must regain our political independence. Let me close with the words of Sir Reginald KcKenna, former Chancellor of Exchequer, Great Britain:

Those who create and issue money and credit direct the policies of government and hold in the hollow of their hands the destiny of the people.

With whom do you want to leave your destiny?