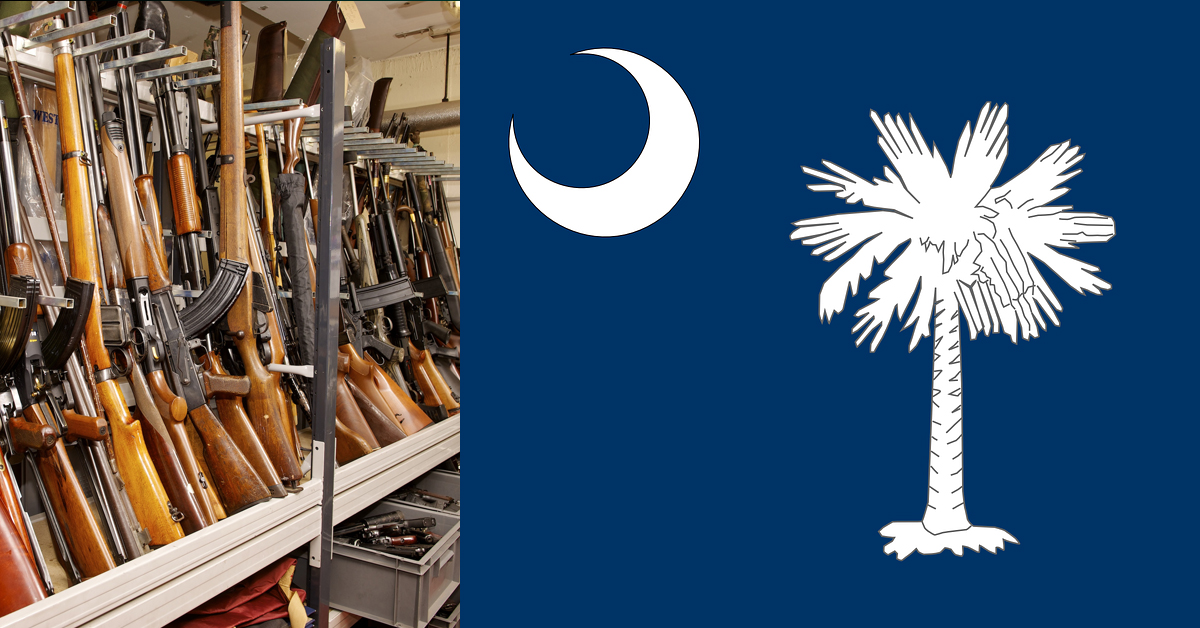 Fear that the federal government will soon start confiscating firearms is causing one U.S. state to consider seceding from the Union. Unfortunately, it’s not Texas.

This past week, the fifth of April, Rep. Mike Pitts and two sponsors introduced a bill to the South Carolina legislature calling for secession from the Union if the federal government were to ever try to confiscate “‘legally purchased firearms'” from the citizens of the Palmetto State. “‘Without a Bill of Rights, our nation is not what it is,'” said Rep. Pitts. “‘I see a lot of stuff where people even talk about totally repealing the Second Amendment, which separates us from the entire rest of the world.'”

As indicated by Pitts, this proposition is a reaction to heightened, anti-gun rhetoric that has lately become more common in the media, from the activists they promote, and also from establishment figures associated with Washington’s corridors of power. Last week, The Texian Partisan ran a story on such developments as the anti-2A march in Washington, the new gun-control measures that recently became law with the passage of the latest federal omnibus, and comments by a former Supreme Court justice advocating the second amendment’s repeal. Adding to SC’s concerns, Democratic congressmen put forth a bill to reinstate the ‘Assault Weapons’ Ban in the wake of the Florida school shooting. If things continue as they have been, a near-future scenario where Washington demands the surrender of at least certain firearms from the citizens of each state is not improbable.

Under the tenth amendment of the Constitution, South Carolina and any state have the right to secede or nullify the unconstitutional actions of the federal government. The founders intended that the states be a bulwark against an overreaching Washington, and the independence option was one of the remedies understood by a 1776 generation that was forged through secession. However, it remains to be seen if this proposal will pass into law.

The big question for Texans concerned with the loss of gun-rights is “Where is the governor on this issue?” Unlike South Carolina, Texas has a legislature that meets every other year, and so it is expected that Governor Abbott pick up slack, at least rhetorically. But lately, Abbott has failed to declare himself on this mounting threat from the Potomac. It would be a shame if Texas, a nation birthed in defiance to federal tyranny, were to now show less guts than states like South Carolina or even California do against the actions of the federal government.

With Washington likely to continue its consolidation of power on gun-rights and other liberties, it’s time the government of Texas gave its people their say on whether they want to stay in a Union that has warped beyond the limits imposed by its own Constitution, or forge their own path as free Texans. It is clear the same-old fixes won’t resolve this problem, and if we’re serious about our liberties, we need to think outside the box for solutions.