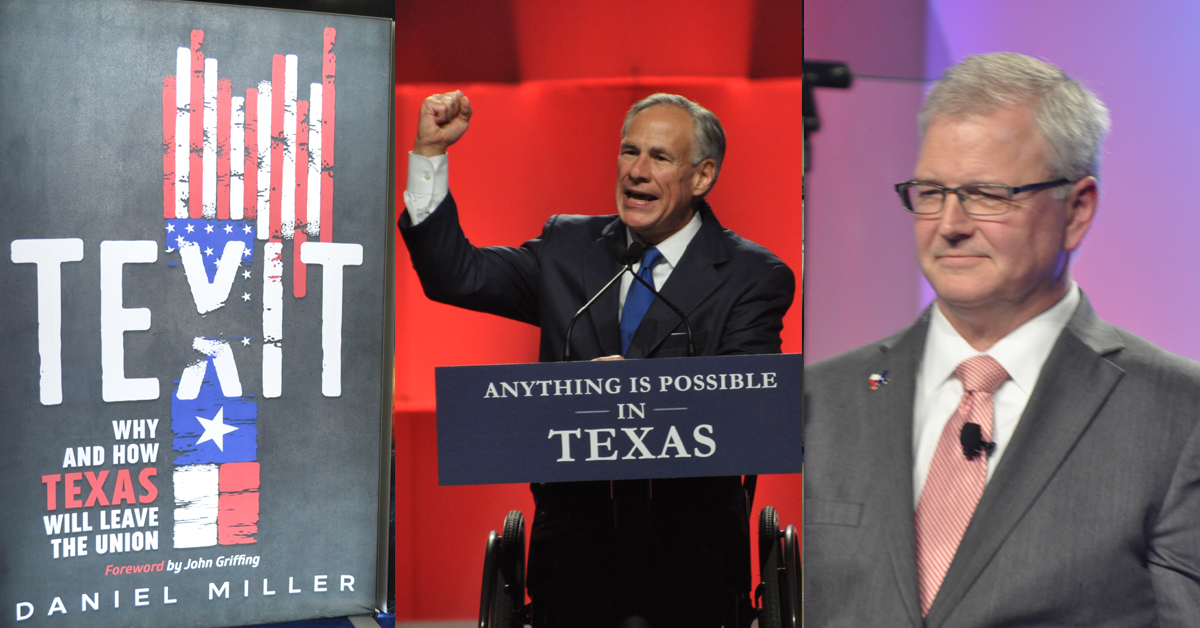 Like the circus that blows through town, and almost as entertaining, another RPT convention has come and gone and the Texas Republican Party’s preeminent event of the year made a big splash at San Antonio’s Henry B. Gonzales Convention Center. Let’s take a quick look at some notable notables from the biennial event that’s purported to be the largest such political gathering in the world. 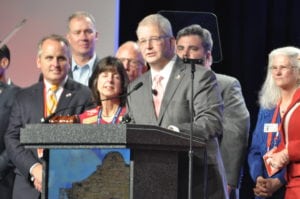 Probably the most contentious part of the convention was the election for chairman of the Republican Party. Texian Partisan has previously covered the issues (or lack thereof) that fueled this challenge, so we won’t go too much into that. However, it’s fairly accurate to say that the current chairman, James Dickey, was widely considered the choice of the grass-roots, whereas Cindy Asche was viewed as the instrument of the displaced establishment. 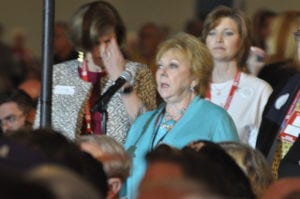 Dickey was rumored to be going into the convention already holding enough support to secure re-election. So, right off the bat, any strategy from the Asche crowd would have been a hail-Mary. Nevertheless, Asche and her supporters were determined to press their case despite its less than slim chances.

First, the Asche crowd tried to get Fred Rangel elected as vice-chairman before the vote for the chairman. Because the RPT rules already hold that the chair and vice chair must be a male/female grouping, had this attempt not failed, it would have automatically disqualified Dickey from eligibility for reelection. Subsequent to this, Dickey “won a clear majority of the Senate districts.” That should’ve been the end of it. However, Asche wouldn’t concede, filing a minority report, eventually leading to another vote on the floor of the convention and pretty much tying up all other business. It was during this process, in an unorthodox and very dramatic move, the party’s Accounting Director, Jennifer Stoner, resigned in protest of Dickey’s chairmanship. Clearly, this was a choreographed move that Asche hoped would sway more voters to her side.

Prior to the final vote, both candidates were allowed to take the stage to make their final arguments. Surrounded by many prominent Republican law-makers, Dickey occupied the podium to deliver what sounded like a victory speech; the reception from the crowd indicated agreement with that sentiment. By contrast, when Cindy Asche followed on the dais, her presence was sometimes punctuated by boos and a general annoyed ethos. 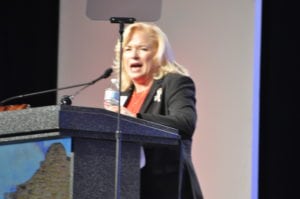 The would-be chairman’s speech actually began sounding very much like a concession speech, but Asche quickly shifted gears, renewing her objections to Dickey (which included accusations of financial impropriety, if not out-right criminality), defending her negative campaign tactics, and announcing that the recently resigned accounting director would return if she was elected. This desperate play did not have the effect Asche was hoping it would, as Dickey took a comfortable 65% of the delegates. Likely sensing her welcome was well-worn, Cindy reportedly retreated from the floor even before the vote was finally tallied. Her booth at the exhibit hall, likewise, didn’t linger.

Dickey briefly returned to the stage to deliver his real victory speech, saying that, “’we are all Texas Republicans and we have a singular goal in front of us in November: to beat the Democrats.’” 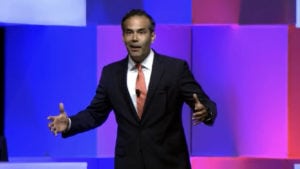 We released a story on this embarrassing turn this past Friday, so we will not dwell long on it. Simply put, GLO Commissioner George P. Bush, addressed the convention, ultimately edging out Cindy Asche for least-popular personality at the RPT.

Gregg Abbott’s address of the convention was one of the most well-received and colorful, having pyrotechnics and confetti cannons that reigned down red, white, and blue Texas-shaped paper on the stage. 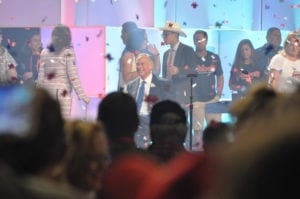 In his speech, Abbott summed up the wins of the administration, with the inclusion of some his tried and true applause lines. One such bit was the one about Texas being the tenth largest economy, if it were its own country. The reaction to this was strongly approving. However, Abbott added to it a line about Texas being bigger than Russia, making Abbott more powerful than Putin.

Senator Cruz, between his duties in Washington and later beating Jimmy Kimmel at basketball, also found a moment to address the convention.

A gifted speaker, Cruz did a good job citing his record in influencing legislation in Washington to a more conservative direction… for what it’s worth when dealing with a political system largely impervious to substantive change. Cruz also found time to display a small tongue-in-cheek video about his upcoming charity basketball game, getting in a few digs at Kimmel as well as exaggeratedly feigning the importance of the event. 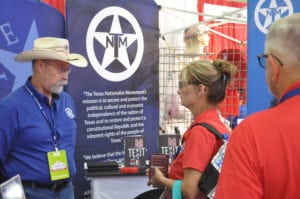 While TNM didn’t push hard for anything quite like they did last timer, this convention still was significant. First, TNM President Daniel Miller’s recently published book, “Texit: Why and How Texas Will Leave the Union,” was highly visible. Prior to the convention, Miller and Defiance press authors and those on the publishing side were treated to a soiree at the Contessa Hotel, which was attended by more than a few prominent GOP personalities, including Attorney General Ken Paxton, Representative Steve Toth, State Senators Bob Hall and Donna Campbell, and even the U.S. Senator’s father, Raphael Cruz. 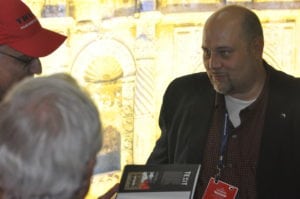 Additionally, TNM didn’t have to slum-it on the outside of the exhibit hall this time, having been given permission by the GOP to set up their very nice-looking booth inside. That alone represents a huge step in confirming the cause of Texas independence in the main-stream. Also, Daniel did sporadic book signings at the Defiance Press booth, which featured huge effigies of the “TEXIT” book. And although an attempt to add a Texas Independence vote failed by only two votes, there was plenty of opportunities to network, spread the message, and forge political partnerships that will serve to aid the ultimate goal of Texas independence.