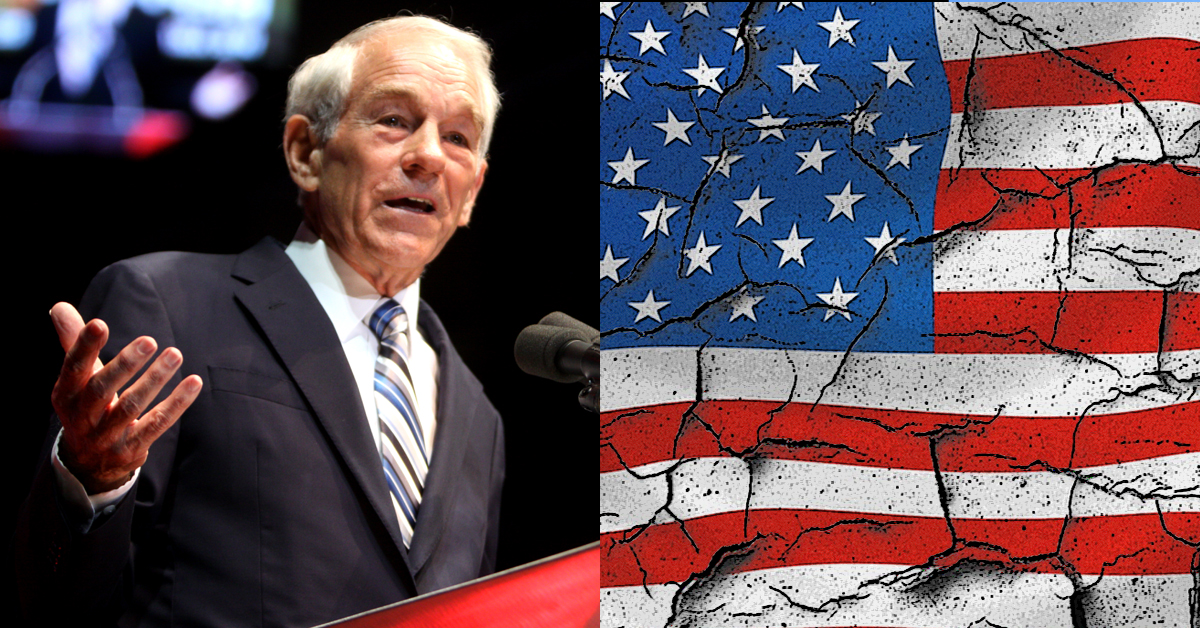 Former U.S. Congressman from Texas, Ron Paul, is back in the news. Unfortunately, the news he brings is not good for business as usual in Washington.

In an interview with the Washington Examiner, the former presidential candidate for both the Libertarian and Republican parties brought ill-tidings for the Union’s recent positive economic activity, calling it an “illusion.” “It’s a bubble economy in many, many different ways and it’s going to come unglued,” said the former congressman. Additionally, Paul sees political opportunities for Libertarian candidates in the wake of such a fiscal catastrophe, saying:

“The big opening for us is the fact this system is coming apart. We’re on the verge of something like what happened in ’89 when the Soviet system just collapsed.”  “I’m just hoping our system comes apart as gracefully.”

When the Soviet Union collapsed, it was preceded by massive spending and inflation of its currency, both of which Ron Paul has been a chief critic of in U.S. policy. If the U.S. is on the verge of a similar collapse, which the massive weight of its debt and foolish deficit spending tend to indicate, it yet remains to be seen what form it will take or what forms of civil unrest will accompany it. While Paul doesn’t believe that the U.S. will break up, like the old Soviet Empire did, he does believe that the U.S.’s economic collapse will spell the end of Federal Reserve and U.S. military adventurism abroad.

It should now be clear that the U.S. has overextended itself. It is too big and attempts too much control, both here and abroad. However, contrary to the prediction of Paul, a breakup of states, primarily those wishing to escape the control of Washington, may be inevitable. In fact, under certain circumstances, it just may be what the U.S. needs.

If Texas were to reassert its sovereignty, using the waning years of the American Empire to stabilize its own systems, Texas could be relatively insulated from the U.S. collapse. However, it is even possible that the loss of Texas might be the very thing to jog the Union back to its senses and get it to finally change its own suicidal policies… Well, at the very least, Texas will be safe.