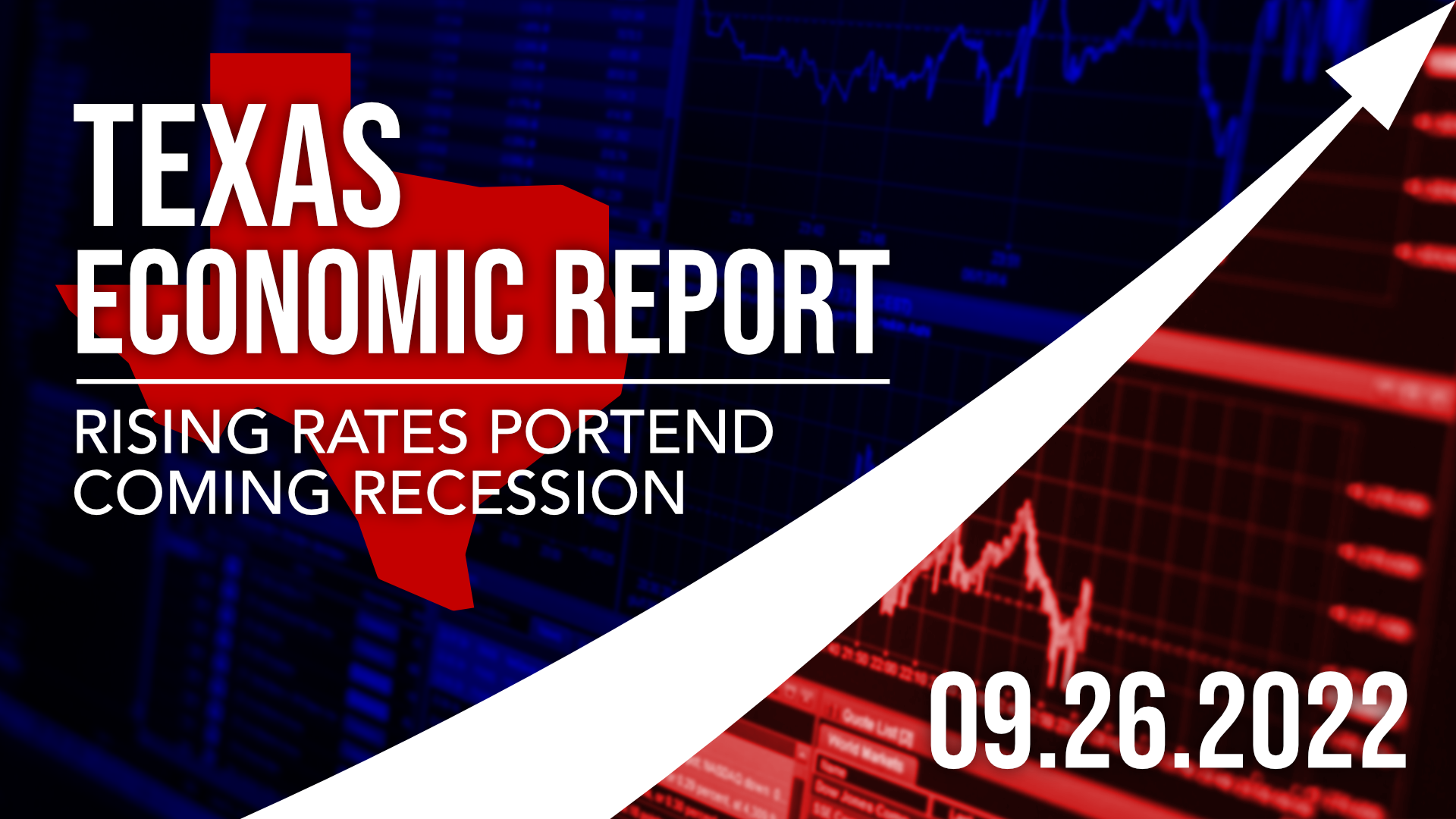 Larry Summers urges the Fed to keep raising rates – and warns that hiking too slowly risks an economic disaster: “[I]f the Fed is serious about curbing inflation, [Obama’s Treasury Secretary Larry Summers] wouldn’t be surprised if rates peaked at north of 5%. He cautioned that if the central bank hikes too slowly or backs down from its inflation battle, the result could be stagflation — a devastating mix of declining economic growth, high inflation, and rising unemployment.”

Mohamed El-Erian has warned the Fed’s rate hikes may fail to squash inflation – but could tank the US economy and job market anyway: “Mohamed El-Erian has raised the prospect of a worldwide economic disaster in the form of slowing growth, stubbornly high inflation, and surging unemployment. . . . In El-Erian’s view, the Fed’s aggressive interest-rate hikes risk choking growth and driving up unemployment, while failing to temper pricproduction..  . . Other market commentators have issued gloomy outlooks in recent days. Nouriel Roubini, an economist nicknamed ‘Dr. Doom’ for his dire predictions, said the Fed would have to roughly double interest rates to 5% to beat inflation – tanking growth, asset prices, and the job market in the process.

NOTE: This concern is very real. While many don’t want to admit this, much of our current inflationary issues were brought about by supply problems, not simply new money. Reducing the money supply will NOT resolve these supply issues.

A big step would be increasing domestic oil and gas priduction. Not only is that unlikely to occur under the current administration, the situation may worsen. Oil prices dropped in recent months, not because of an increase in prices, but because the Biden Administration released hundreds of thousands of barrels of oil from our Strategic Petroleum Reserve (SRP), likely to bring gas prices down before the midterms. After the midterms when there is no real immediate incentive to keep gas prices down, oil will get more expensive, and like the economic contagion it is, this will spread in the form of higher prices throughout the economy, starting with the price at the pump.

This week in Bidenomics: Buckle up for a hard landing: “The U.S economy muddled through a spate of high inflation, with employment staying strong last year despite inflation rising to a 40-year high. Now, markets are signaling that the muddle is ending and something worse is replacing it. . . . On Sept. 21, the Fed raised interest rates by three-quarters of a percentage point, as expected. It also signaled more aggressive rates hikes ahead. . . . With inflation still uncomfortably high, the Fed will have to keep cranking interest rates upward. That is raising the odds of a recession, including the likelihood that more people will lose their jobs and suffer the ravages of unemployment. . . . [I]nflation isn’t coming down fast enough for the Fed, which has boosted short-term rates from around 0 to about 3%. Longer-term rates on consumer and business loans rose by similar margins. As rates rise and borrowing gets more expensive, spending and hiring typically slow. Softer demand eases the pressure on prices, bringing inflation down.”

inflation isn’t coming down fast enough for the Fed, which has boosted short-term rates from around 0 to about 3%. Longer-term rates on consumer and business loans rose by similar margins. As rates rise and borrowing gets more expensive, spending and hiring typically slow. Softer demand eases the pressure on prices, bringing inflation down.

Not Seen Since 2008 – Major Real Estate Company Releases Biden Economy Forecast: “[A]verage home is now selling for less than its list price. Real estate company Redfin said another housing financial crisis is unlikely. . . . Mortgage rates are now above 6 percent for the first time in 14 years, according to The New York Times. . . . Inflation and the fear it engenders are driving the hike in mortgage rates. . . . The average for a 30-year fixed interest rate mortgage was 3.22 percent at the start of the year. It is now 6.02 percent.”

Larry Summers was right all along about inflation. His ominous new prediction for what’s next: “Jay Hatfield, CEO of Infrastructure Capital Management, told Fortune, arguing that the central bank’s interest rate hikes are now overly aggressive. . . . But Larry Summers, the cerebral Harvard economics professor and former Treasury secretary . . . argued that the Fed will have to go much higher than most are expecting to cool runaway inflation. In fact his greatest worry is that the Fed will back off too soon. It will simply be too painful—too many lost jobs, too many 401(k)s crashing, too much blowback. . . . Summers worries that if the Fed backs off, ‘inflationary expectations will become entrenched,’ and the eventual cure will be far more costly than shouldering what could be a shorter, shallower downturn in the months ahead. This reiterates what he said in June: ‘We need five years of unemployment above 5% to contain inflation—in other words, we need two years of 7.5% unemployment or five years of 6% unemployment or one year of 10% unemployment,’ Summers said in a speech in London according to Bloomberg.”

Adam Tooze says we’re headed towards global recession because of the world’s ‘failed technocracy:‘ “Central banks around the world are trying to tame rising inflation by raising interest rates and tightening monetary policy. . . . On Wednesday, the U.S. Federal Reserve raised its key lending rate by 75 basis points for the third consecutive time, as it continues to wage war against higher prices. . . . The Bank of England followed in the Fed’s footsteps on Thursday, raising interest rates by 50 basis points, and the European Union has signaled that it is likely to follow in the global wave of aggressive policy action on inflation. . . . ‘[T]he internet’s foremost historian of money and disaster,’ Adam Tooze, believes that similar and ‘simultaneous’ hikes by central banks around the world might spark a global economic downturn.”

Wharton professor Jeremy Siegel says Jerome Powell is making one of the biggest policy mistakes in the Fed’s 110-year history, and it could lead to a major recession: “Wharton professor Jeremy Siegel has a big issue with the Federal Reserve’s aggressive interest rate hikes in its bid to tame inflation, and worries that the central bank is making the biggest mistake in its history and may provoke a steep recession. . . . That’s because, according to Siegel, inflation is starting to come down significantly and the Fed is still moving forward with its rate hikes. . . . On Wednesday, the Fed . . . said that it expects further rate hikes heading into early 2023. . . . Siegel pointed out that oil prices have fallen back to levels not seen since the start of 2022, prior to Russia’s invasion of Ukraine, and home prices and home building activity are starting to fall.”

NOTE: I fullyexpect oil prices to rise again after the midterms, after the Biden Administration stops releasing oil from the SRP.

Recession odds just skyrocketed up to 80%, says former Reagan economist and hyperinflation expert: “The persistence of high inflation—and the Fed’s increasingly bold moves to rein it in—have U.S. recession forecasts ticking up by the day, with more and more economists insisting a significant economic downturn is on the horizon. . . . On Friday, a top economist who predicted high inflation this year before a “whopper” of a recession doubled down on his call. . . . Steve Hanke, a professor of applied economics at Johns Hopkins University, issues a grim forecast about the American economy. . . . ‘The probability of recession, I think it’s much higher than 50%—I think it’s about 80%,’ he said. ‘Maybe even higher than 80%. If [the Fed] continues the quantitative tightening and moves that growth rate and M2 [money supply] into negative territory, it’ll be severe.’ . . . Hanke, who served as a senior economist on former President Ronald Reagan’s Council of Economic Advisers in the 1980s, and in the 1990s advised several Eastern European countries on economic policy as an academic expert on hyperinflation, stressed that money supply played an important role in the near-term outlook for the U.S. He argued the Federal Reserve and its chair, Jerome Powell, had buried their heads in the sand when it came to acknowledging the weight of this particular economic indicator.”

Powell Says Economy May Be Entering ‘New Normal’ After Pandemic: “Federal Reserve Chair Jerome Powell said the US economy may be entering a “new normal” following disruptions from the Covid-19 pandemic. . . . Fed officials heard a consistent message that shortages and scarcity were still afflicting businesses along with high labor turnover.”