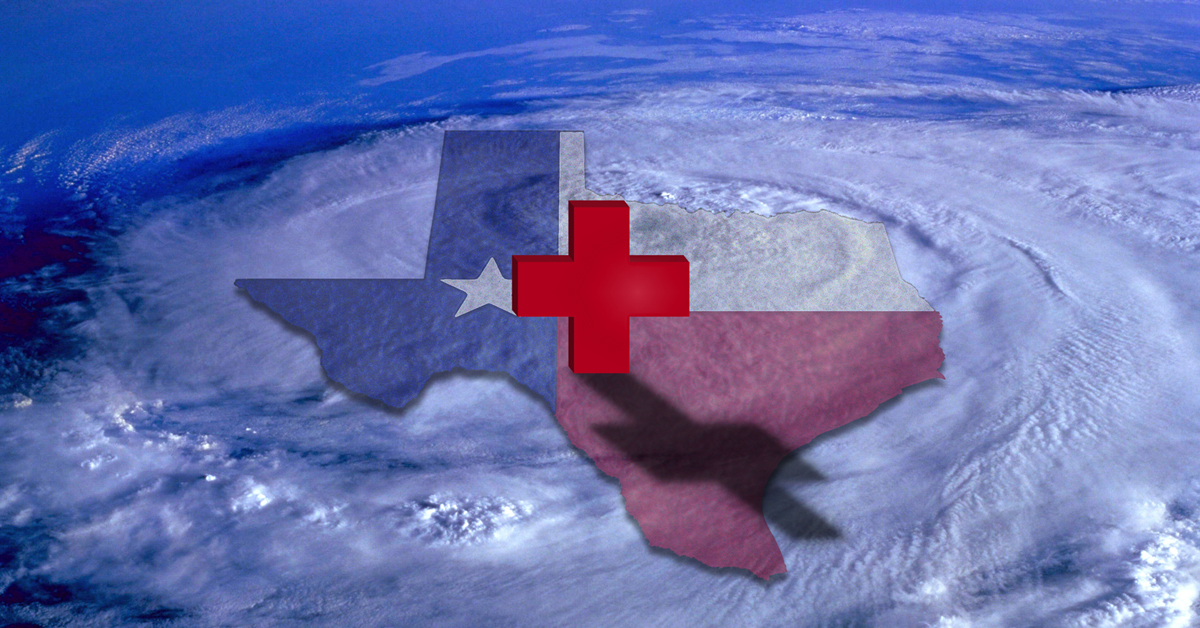 Last fall, as Hurricane Harvey dumped the last of its 60 inches of rain on the drenched Texas Gulf coast, volunteers from all over the Union poured in to help beleaguered Texans. As they collected, transported and delivered donations, stories of American Red Cross malfeasance started surfacing. We decided to investigate these in order to either exonerate or expose this storied organization.

The American National Red Cross is best known for its work in collecting and distributing blood donations. It was founded in 1881 by Clara Barton, who had volunteered with the Red Cross in Europe and had become an advocate of the Geneva Convention. Over a period of twenty years, the Red Cross lobbied for a federal charter, which was finally granted by Congress in 1900. As explained by the Red Cross, 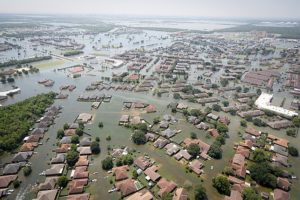 The relationship between the American Red Cross and the federal government is unique. We are an independent entity that is organized and exists as a nonprofit, tax-exempt, charitable institution pursuant to a charter granted to us by the United States Congress. Unlike other congressionally chartered organizations, the Red Cross maintains a special relationship with the federal government.

We have the legal status of “a federal instrumentality,” due to our charter requirements to carry out responsibilities delegated to us by the federal government.

Their status as a federal instrumentality is a double-edged sword. While able to care for the wounded on the battlefield and marshal economy-of-scale resources during natural disasters, they are also provided immunity from liability in those environments. Furthermore, having an entrenched bureaucracy, the Red Cross is subject to the same inefficiencies as any other large organization. However, does this excuse the alleged waste and wile detailed below? 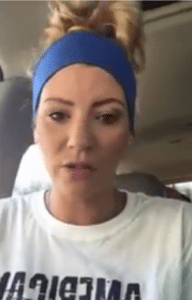 Gina Nelms is a passionate patriot, colorful in speech and prose, who was born in Texas and “raised on her back roads.” She is a strong advocate for veterans, started the “Overpasses to Impeach Obama” movement following Barack Obama’s inauguration and became politically active when her first child was born. Motherhood has a way of expanding one’s time horizon!

Nelms garnered national recognition when her September 7, 2017 Facebook video detailing allegations of Red Cross theft went viral, racking up six million views. In the video she claimed that the Red Cross had forcefully seized donations from the front steps of a Houston area church, re-sold some and disposed of the rest. Nelms shared many photos and videos with this author, documenting her allegations. She claimed that the Red Cross was able to do all of this under the protection of an Obama era executive order, EO 13603. In fact, although the Red Cross could falsely claim authority under this EO or its originating EO, the National Defense Resources Preparedness Executive Order of 1950, in practice they gain their immunity from their congressional charter. Nelms concluded her video with “Run the Red Cross out of Texas. We don’t want them.” 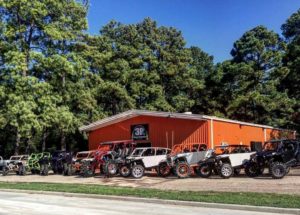 Gregory Kolton was working with 3P Offroad, an aftermarket ATV company whose employees and customers employ their monster trucks for search-and-rescue (SAR) operations. He was in Spring, Texas providing security for the rescuers because desperate people were resorting to desperate measures. In several situations he encountered volunteers who said they had witnessed Red Cross employees taking donations from drop-off points.

Tabatha Barnes and her husband Justin Williams live in a low lying region in the Houston area. When the runoff from the Hurricane Harvey deluge began flooding her neighborhood, she and her family fled to her mother-in-law’s house. With 16 people crowded into her small house and running out of food and water, Barnes called the Red Cross. She and her family were picked up by the Red Cross in a dump truck and transported to the George R. Brown Convention Center. When Red Cross employee Donna Morrissey saw Barnes and her children, she saw a public relations opportunity. She convinced Barnes to be interviewed for a “Good Morning America” segment. Although somewhat uncomfortable with having her children filmed, Morrissey convinced her to do so.

Morrissey coached Barnes to answer questions that cast the Red Cross in a favorable light. The next morning, sure enough, her interview was broadcast on “Good Morning America.” Shortly thereafter, Morrissey started pestering Barnes to do a second interview with Jenna Bush. Barnes was really not interested, but when she next encountered Morrissey, Morrissey had Jenna Bush in tow and started filming! In order to avoid a scene, Barnes cooperated with Morrissey and Bush, again answering their coached questions, evening claiming the Red Cross was taking care of her and her family. In reality, the Convention Center and FEMA were providing the food, clothing and shelter Barnes needed while displaced. Morrissey’s manager gave Barnes $100 in cash for her cooperation, which caught Barnes completely off guard. In hindsight, Barnes believes she was paid to make false claims on camera.

Texans take care of Texans. That’s in our blood. We also welcome the assistance of our Union brethren. Because of this we will not remain silent when we observe their hard-earned donations being wasted or diverted by anybody, especially by a federally chartered organization. The Red Cross needs to clean up its act or Texans will “run the Red Cross out of Texas!”