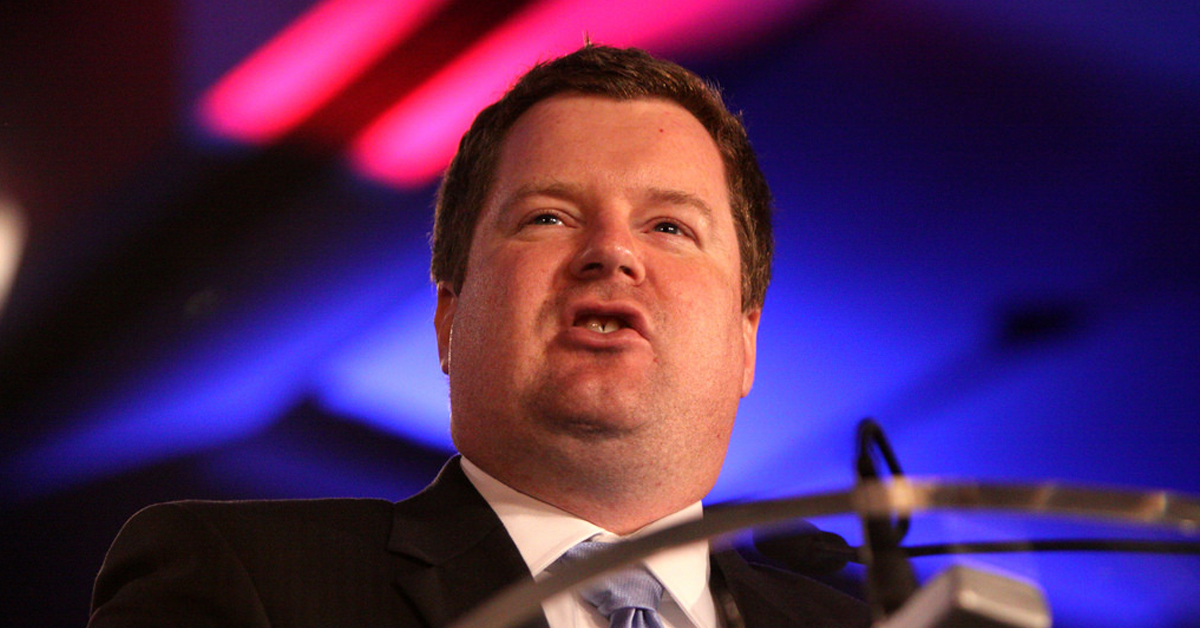 There really seems to be a lot of hopelessness out there for those that would preserve traditional values and the first-principles of the founding fathers. Though the party that says they are for those things enjoys political dominance at almost every level of government, they are clearly failing to defend those same ideas; the GOP is willing to campaign on those concepts, but (by and large) not willing to fight for them. As a result, freedom is losing on all sides, and hope for restoring the Union has become an illusion, nostalgia vision, all the more bitter when you know there’s no going home.

On the Erick Erickson Show on Friday, Conservative radio talk-show host and cable news commentator, Erick Erickson, was bemoaning this fact, focusing on a specific story from California where a Folsom school attempted to ban chants of “U-S-A,” at football games. The reason given was that such chants were “‘intolerant.'” This you can add to the to similar bans on public prayer, the pledge of allegiance, or protests over the national anthem. And while California has always been nutty, it is true that increasingly American academia and government are telling us that expressions of patriotism and faith are unacceptable. And they, of course, see it as their job to stifle such expressions, ignorant that the Bill of Rights forbids them this power, and oblivious to how patriotism and faith tend to make for a better society.

Erickson also was quick to point out that while government seeks to push faith and patriotism out of the public sphere, there are ways it cannot replace it. “You’ve got churches out there right now doing work, going places that the federal government isn’t, helping people after Hurricane Harvey and Hurricane Irma, and the left wants to take away their tax-exempt status, they want to shut them down, [and] they want to regulate their speech.”

If Texas went independent tomorrow, I would probably pack up my family and move. I [would] mourn the loss of this country, but unless something happens, this country is just committing cultural suicide right now!

The incident Erickson was referring, and example of the American cultural rot seeping into Texas, happened in Houston with their progressive mayor. Annise Parker wanted to curtail speech against topics she supported, in this case, those that believed differently then her on sexuality. “The former mayor of Houston was demanding the sermons of preachers from the pulpit so she could challenge their tax-exempt status, because they weren’t fans of her trans-gender policy! Just insane!” Undoubtedly, for her plan to work, Parker would’ve needed federal help, at least from Obama’s IRS. Having the same ideology and also enjoying the personal endorsement of President Obama, it’s not a huge reach to suspect that if the federal government wasn’t already involved in what looked like a trial-run on abridging the first amendment rights of Americans along progressive lines, they eventually would have been, as it seemed like they already supported the blessedly unsuccessful effort in spirit.

In frustration, Erickson hit upon the only solution that would likely work: “If Texas went independent tomorrow, I would probably pack up my family and move. I [would] mourn the loss of this country, but unless something happens, this country is just committing cultural suicide right now!” Indeed, the U.S.A is bent on self-destructive path and no solution tried has made a difference. Texas has done all it can to change things, but things are only getting progressively worse. If we would want to stop the cultural suicide and GENOCIDE that U.S. is engaged in, if we would preserve that which we value, the only way to do it is to separate, peacefully and democratically. Those in the U.S. who would be free, like Erickson, will come to Texas. Those that want an expansive federal government with enormous debt will remain. However, if we do nothing or do the same as we have, how long will government allow us to keep our values of Liberty, faith, and patriotism?

“The whole country just seems on the verge of something not good, which is one reason I think you have to start focusing on helping your kids build community around like-minded people, so that they know you’re not alone.” That’s exactly it. We need to build a community of the like-minded. We pretty much have that in Texas, but if we want to live that with the freedom we were supposed to have under the Constitution, we will have to do so without the Washington. Let the U.S.A. discard the genius of the founders (along with their statues, no doubt), as they are determined to do. Texas will preserve and defend those same values here.

So, what’s it going to be, Texas? Do we keep doing the same stupid things, foolishly expecting that it will one-day work, all while we lose precious time and ultimately doom what we believe to extinction? Or do we Texit? The time to choose is here: do we want our liberty and culture, or do want to stay with the U.S.? History and recent events are showing that we can’t have both.