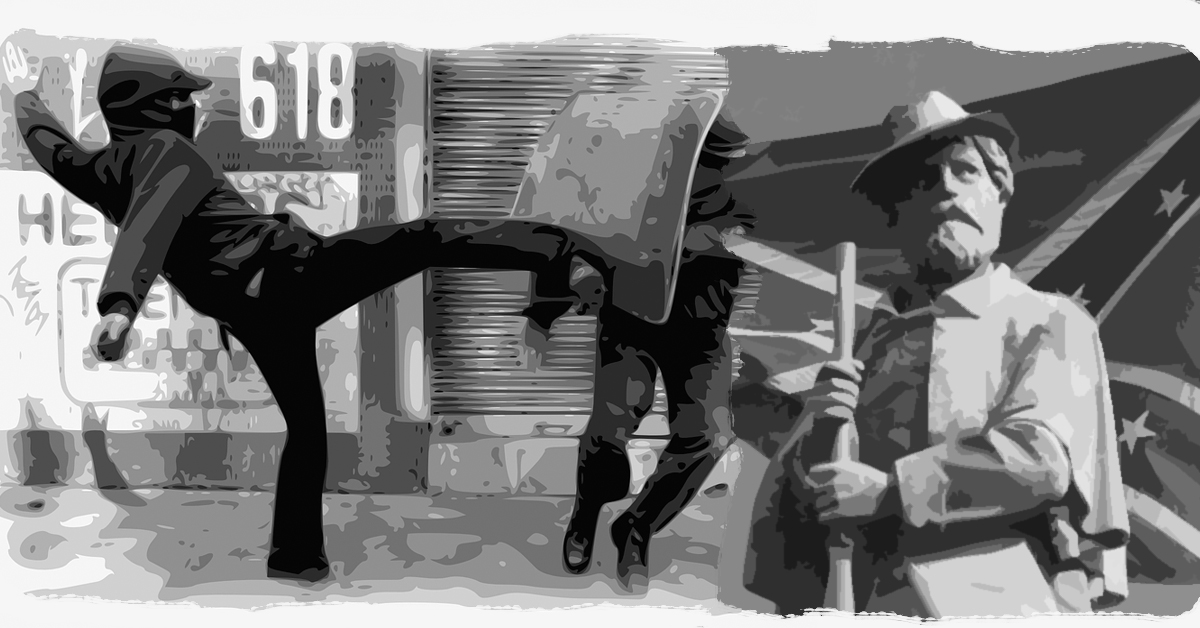 Lately, the media (social and mainstream) is saturated with discussion of the removal of Confederate monuments and protests, and Texas is not immune to this Union-wide discussion. Beyond all the rhetoric and the media manipulation that seems to accompany it lies the heart of the matter: preserving and protecting Texas history.

Many Southerners hold a heartfelt pride in their southern heritage. Southerners still can’t help but belt out “If Heaven ain’t a lot like Dixie” and get a li’l louder on the line “send me to hell or New York City. It’d be about the same to me.” However, Texans are different. Our history is not altogether bound up with the South. We have our own separate heritage and mark on the world, but we do care passionately about our past. But no one should expect that the Texas approach to issues will be the same as the rest of the Union.

Recently, according to Newsweek, armed (but peaceful) militia attended a city council meeting in San Antonio, concerning the possible relocation of a Civil War monument. To many, this will sound shocking. Indeed, it is unusual. However, the leader of the militia said that being armed was necessary for self-defense as they’ve received death threats. Later, the private militia, dressed in tactical gear and armed with tactical rifles, went to Travis Park to protect the monuments from vandalism.

While the presence of rifles was equally there as a statement, no doubt, the threat of violence from groups like AntiFa, who have staked a position of tearing down such monuments, cannot be underestimated.

Consider this (later removed) tweet from CNN, an organization that largely condones AntiFa, but cannot deny its violent nature. “Antifa is short for ant-fascists. Their main goal is disrupting neo-nazis and white supremacists, seeking peace through violence.” And if that isn’t enough for you, YouTube is filled with examples of their destructiveness and assault.

This leads to the question, “What right and ability do private citizens have to use arms to protect statues?” The answer appeared on the website I Am A Texan (IAAT). In short, Texas law allows it. We start with the Texas Constitution, Article 1, Section 23, “Every citizen shall have the right to keep and bear arms in the lawful defense of himself or the State.” Statues are usually on government property, and we have the right to protect public property. And while that argument alone may not be enough, in looking to the legal code cited on IAAT, various penal codes afford citizens the right to use force to defend public property, much in the same manner as assisting a police officer in distress.

Now, maybe you care for the monuments and maybe not. The monuments are not really the issue. Certainly, it’s hard to make the argument that confederate memorials, often out in the middle of no-where collecting dust, are a modern-day catalyst for civil unrest. No. Someone had to find these monuments and make them the agitation-propaganda for Marxists. The Civil War seems to be peripheral; groups like AntiFa would have always found something.

This is not to dismiss legitimate arguments concerning confederate monuments. It is understandable to argue that tax-dollars shouldn’t go for the upkeep of monuments to Jefferson Davis, Jeb Stuart, etc., especially when their connection to Texas history is tenuous. However, this is a local conversation that Texans need to have. They should decide whether the statues stay, be removed into private hands, be reimagined as a general war memorial, or augmented to include plaques commemorating Texas’ slave population. There are plenty of solutions if we could just tone down the rhetoric and be reasonable enough to find them.

What we don’t want is anarchy and vandalism: the AntiFa solution. We don’t need angry mobs of masked college-kids, some bussed in from outside Texas, who mass around statues to tear them down, with the police DOING nothing to stop them. That is unlawful, uncivilized, un-Texan, and a recipe for violence in the streets. And make no mistake, that is a goal of groups like AntiFa. In fact, so much is AntiFa’s penchant for violence and personal property destruction, there is now a petition on WhiteHouse.gov urging President Trump to declare AntiFa a terrorist organization like ISIS. Considering that ISIS spends a lot of time tearing down monuments of the ancient world because they don’t fit into their subjective moral frame-work, the comparison has merit.

The point is, whatever becomes of Texas monuments is the up to Texans! Virginia, Maryland, even Wisconsin can decide for their own monuments. And while you may not agree with plans like Representative Eric Johnson’s, who has pledged to remove a Confederate plaque from the capitol building in a future special session, that is at least one peaceful and legal way to go about it. With AntiFa rattling the saber, and the militia arming up to protect themselves while defending Texas monuments, this has the potential to escalate into serious violence. So, let’s keep this a free and open discussion, and keep the anarchy out.