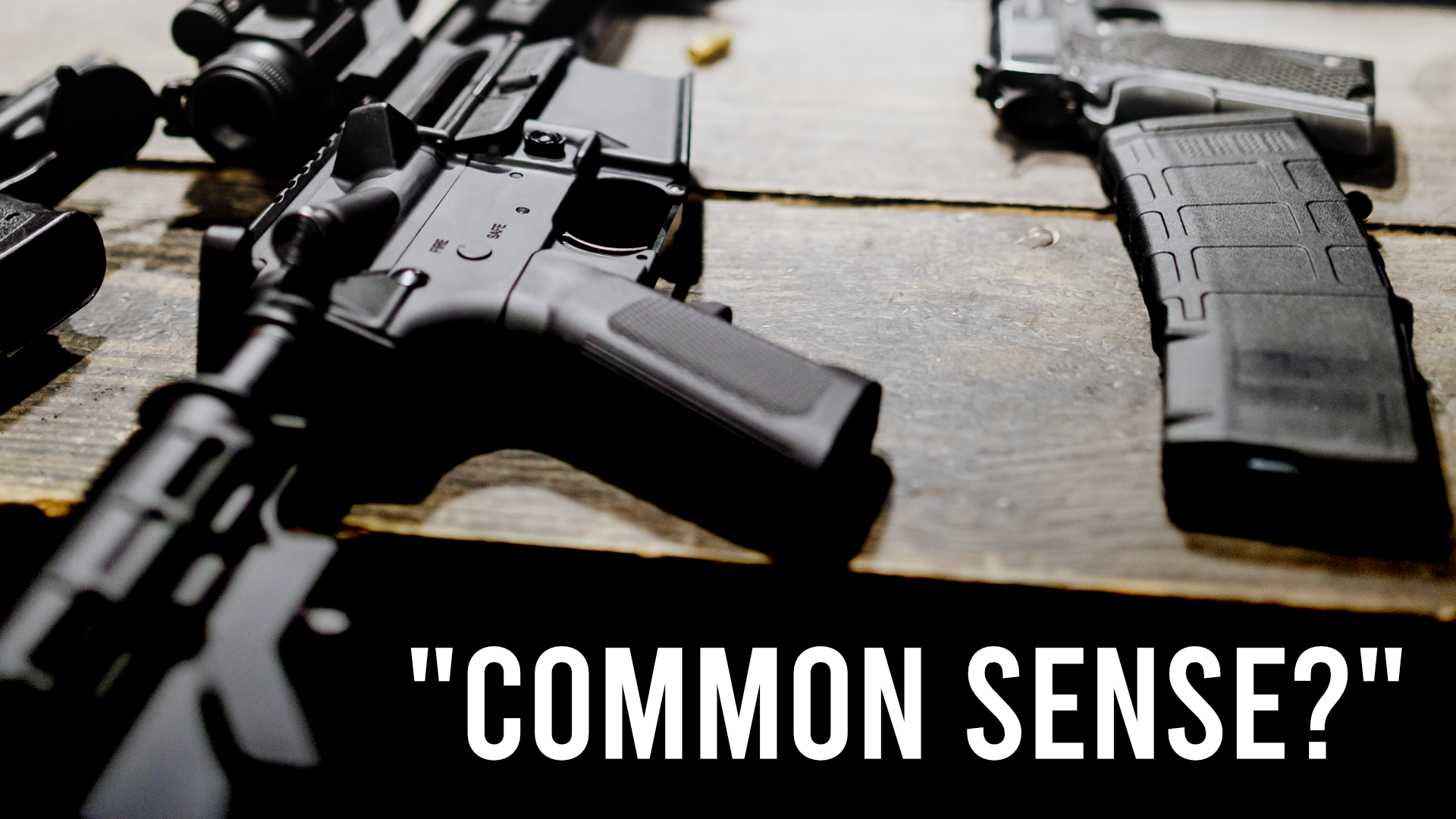 A new poll shows that many favor increased gun restrictions, but they also don’t trust the government.  Somewhere between universal background checks and “ban semi automatic rifles” lies a way forward, and an independent Texas can bridge the gap.

The video linked here reports the results of the poll put out by NPR and Ipsos.  Put on your bias filters, because NPR leans left.

Several interesting results come out of this poll.  First, a majority of “Americans” favor “common sense” gun control measures.  Now we all know that on average Texans aren’t all “American” when it comes to gun stuff.  I may not be entirely typical, I’m a Texan who got my first 22 in elementary school, a shotgun before I could drive, and a deer rifle for high school graduation. I bought my son an AR-15 for his high school graduation, because he already had a 22, shotgun, and deer rifle. Even with all that, I support universal background checks as “common sense.”  I clearly don’t support the idea of increasing the purchasing age, and I seriously doubt that any version of “American” “common sense” is right for Texas.

The poll also found that only 25% of respondents trust the government to implement new restrictions properly.  Once again, if only 25% of “Americans” trust the government, what do you think the number is in Texas?  It has to be lower.  I find myself squarely in the no-trust group.  After all, it was the US military that failed to report a disqualifying conviction that led to the Sutherland Springs, TX shooter being able to pass a background check.  If the government can’t report its own data to itself or can’t follow its own rules, why should we trust them to make new rules for us?

But won’t a “universal background check” amount to gun registration?  That fear is common among those of us who don’t trust the federal government, but there’s no reason why the two must be connected.  All that’s required to keep guns out of the hands of criminals is a yes/no database of eligibility status.  There’s no logical requirement that there be a serial number, gun type, or any other information attached to the query. The current Federal background check system DOES require an associated serial number and DOES amount to registration.  Any expansion of the current system IS basically universal registration. Can you see why we’re suspicious?

One distinct advantage Texas would have in an independent scenario is to build a data system from scratch.  It’s my hope that Texas could in fact build a better background check system, with a good balance between freedom and responsibility.  If I can walk up to any gas pump in the nation and they can tell how much money I have in my bank account and take out an appropriate amount, there’s no reason in the world that I shouldn’t be able to log on the internet, put in a potential buyer’s information, such as name, date of birth, and drivers license number, and instantly get back a yes/no result on a background check.  Do I trust the federal government to build a comprehensive system with a user-friendly interface?  Not a chance, they’re too incompetent.  They’d build a lousy database and then make it impossible for regular folks to use.

Another advantage of an independent Texas is the opportunity to revisit some gun laws that make no sense.  After all, to the federal government a rifle with a 16.01” barrel is fine, but a rifle with a 15.99” barrel is illegal, unless it’s a pistol. Confused yet?  To these same folks, a device whose sole purpose is to protect my ears is instead branded as a “silencer” used by TV spies with inaccurate sound effects.  In another fun twist, an 18 year old may purchase 22LR or 9mm ammo to shoot out of a rifle, but must wait till age 21 to buy the same ammo for a pistol.  The federal system makes no sense! Any of these issues could be fixed without much controversy in a free Texas.

An independent Texas will immediately be free from some of the US’ gun dysfunction, but we need not be the “wild west” either. Perhaps we’d even attract a good group of gun manufacturers willing to play by our less complicated rules. I am excited to see what we come up with, because I sure don’t trust the federal government to do anything functional any time soon when it comes to gun restrictions.