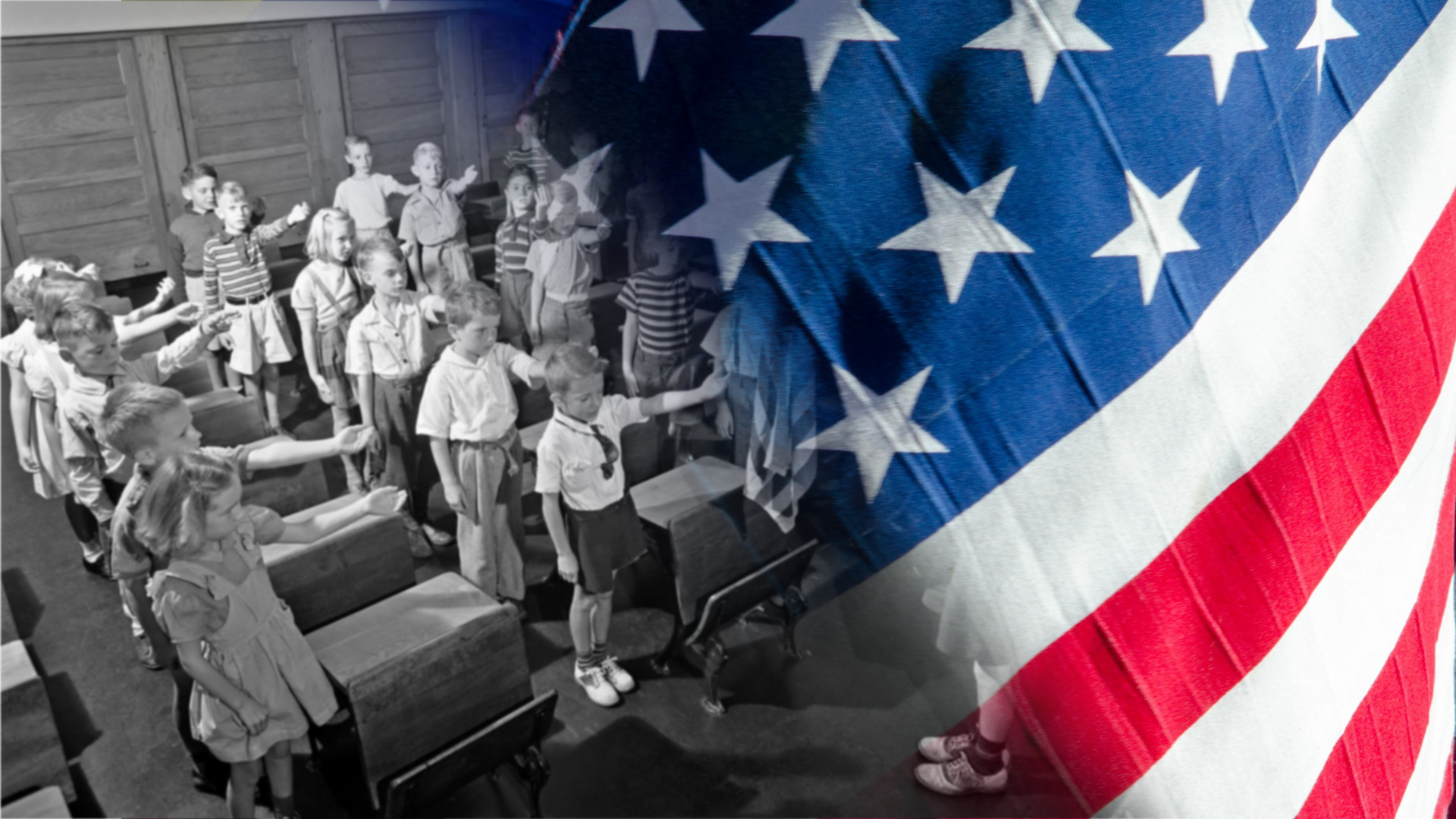 Most children have been taught the “Pledge of Allegiance” in school and can recite it by heart without thinking too much about it. But let’s reflect for a moment on the words and what they actually mean. Is this what we want to teach the children?

I Pledge Allegiance to the Flag

Pledging allegiance to something means that you promise to be loyal to it. But why be loyal to a flag? Many people understand that our flag represents our country’s founding traditions of freedom. But to others it is an expression of loyalty to the republic of the United States and they are cautious about pledging allegiance to a government that is often corrupt. There is nothing wrong with patriotism. America’s founding was one of the most important events in world history, and we should be proud! Many in that generation called themselves Patriots. But what were they loyal to — and what does it mean to be a Patriot today?

Question: Did you know that the Pledge of Allegiance was written more than 100 years after the Constitution was ratified? It wasn’t a part of our country’s founding and was actually written by a socialist named Francis Bellamy who didn’t like individual rights. If some of the most patriotic people — the founding fathers — never pledged allegiance to a flag, is it okay for patriotic people to not do so today?

What About Honoring Our Rights?

The Founding Fathers risked their lives to secure individual rights and protect us from a tyrannical government. And the Constitution says protecting these rights is the primary job of the government. But when you read the Pledge of Allegiance, can you find any lines that celebrate an individual’s right to life, liberty, and property? Even though some people might not like to say the Pledge because of this, others feel like it’s still an important expression to show how much they love their country.

The Pledge states that we are “one nation” that is “indivisible”, but is this accurate? Our country is unique because it is not one unified body, like many other countries. We are made up of independent states (formerly colonies) that chose to join together for mutual protection from foreign or domestic threats on our rights. America was never supposed to be indivisible. States were supposed to be free to govern themselves and if the federal government became too oppressive, they could secede. The Pledge doesn’t say anything about this. Instead, it asks us to promise to live as one, centralized body, no matter what the government may do.

Ideas Are What Matter Most

The Founders were true patriots who fought to uphold the values they believed in. Instead of pledging allegiance to a symbol of government, like a flag, they pledged their “lives, fortunes, and sacred honor,” as it says in the Declaration of Independence, to fight for individual liberty and voluntary association. The Founders didn’t live long enough to read Francis Bellamy’s Pledge of Allegiance. But if we take a closer look at the Pledge’s words, it makes you wonder what they would think about it.

Article Re-Posted with permission from The Tuttle Twins.

I remember in about 4th grade, I gave up on “and justice for all” when I figured out life wasn’t actually fair. I gave up “one nation” and “indivisible” back in 2012 when I first heard of the idea of an independent Texas. Today I’ll stand in respect and silence, out of respect for those who respect the flag. But, I don’t pledge allegiance.

In this article:featured, pledge of allegiance, Tuttle Twins