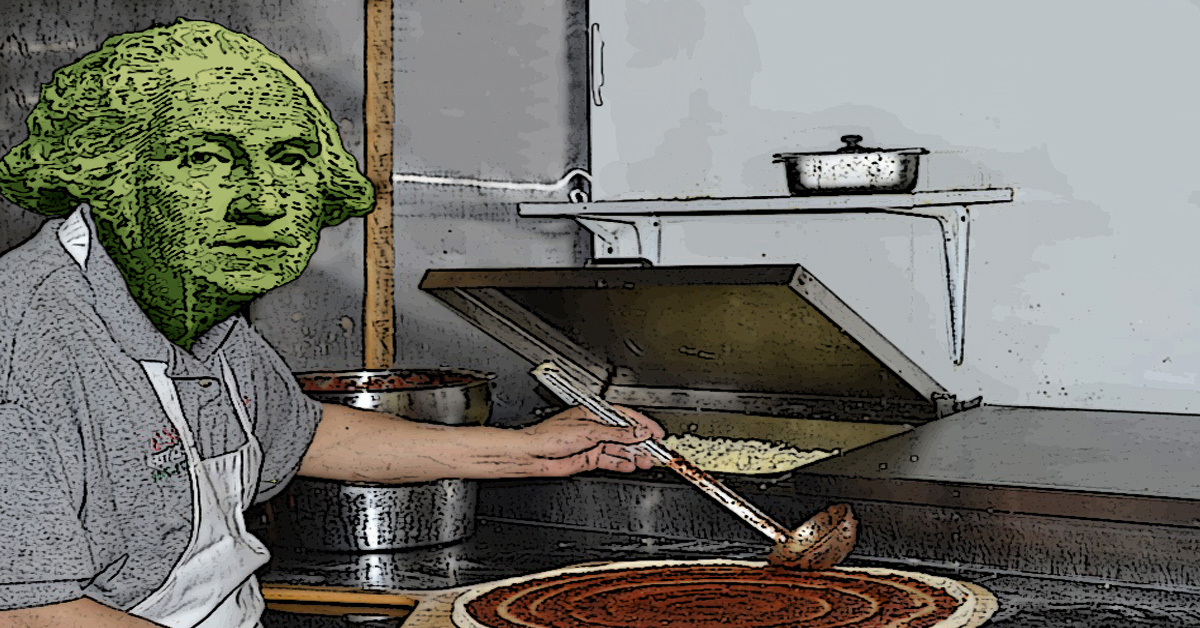 Sitting down at a local Texas diner, preparing to write my next article, staring at a piece of apple pie and a cup of coffee, I contemplate my next move. Normally, I’m a bit of a calorie counter, but I went to the San Antonio Riverwalk earlier today, and if you know anything about that local spot, then you can understand when I say that I’m taking the day off. Yet, the decision to eat that pie is my responsibility, right? If I wanted caloric information about it, my phone works well enough, and I could have looked it up. Undoubtedly. Yet, our dear paternalistic federal government thinks that others should bear responsibility for what I shovel in my pie-hole!

I’m always appreciative of restaurants that make dietary information available. It’s a convenience for me, and I favor those that provide such info. However, I’ve never supposed it was government’s business whether they do or not, but rather a matter between the consumer and producer. However, according to an article from National Review, next month, chain restaurants are being forced to comply with “new nutritional-labeling rules dreamed up by the Obama administration,” part of Obamacare, which will entail posting caloric information on their menu items. However, I don’t just mean individual items, but also every possible combination.

As the NR article points out, this isn’t a huge problem if your restaurant is more specialized, with a very limited selection. However, What if your Domino’s? Quoted in the piece, Domino’s exec Tim McIntrye said that their menu has north of 30 million combinations, all of which soon must be posted for the consumer! In addition to being a ridiculous obligation, compliance with such a regulation will carry a cost that will, “easily eat up a tenth of a year’s profit.”

When expenses like this are combined with other past regulations of dubious authority and usefulness, not to mention future impositions, it can really add up. Companies like Domino’s must then decide to either take the hit, reduce staff, or pass the extra cost onto the customer. In the latter case, what do you think would win in a choice between having cheaper pizza without the health info, or compliance with the Obamacare regulation? Cheap pizza, every… single… time!

At issue here is not the usefulness of providing health information about a product. The problem is the increasingly patronizing interference of the nanny-state in Washington D.C. Every year, they sit on high and come up with new rules for all of us, based on almost no knowledge of what goes into making a business work or what the voters themselves would choose. They just dictate, and then say, “That’s the cost of business, now! Do it, quit, or go to jail!” Never is there wonder on how we all didn’t die in the streets before they decided to insert themselves into everything, nor is there a questioning of their right to usurp what boils down to personal responsibility! Those making these purchases are by-and-large adults. So, is it too much to expect our government to treat us like adults? To Washington, yes. Yes, it is.

Most Texans would agree that there are too many federal regulations that rob both businesses and individuals of agency, while also having an adverse effect on commerce and employment. However, this doesn’t matter to Washington. Although Obama is gone, these regulations, and more besides, are still going into effect. President Trump, for all of his talk of reform and draining the swamp, either is too uninterested or too powerless to change the mechanized compulsion of the federal government to control everything and everyone. If Texans believe that Texas, not Washington, should decide which regulations are necessary and which are excessive, the only way to do that is to recall our sovereignty from this now failed experiment in federalism. Well.. either that or we could ignore history and hold to hope that D.C. will grow tired with wielding obscene power over us… It could happen, right?