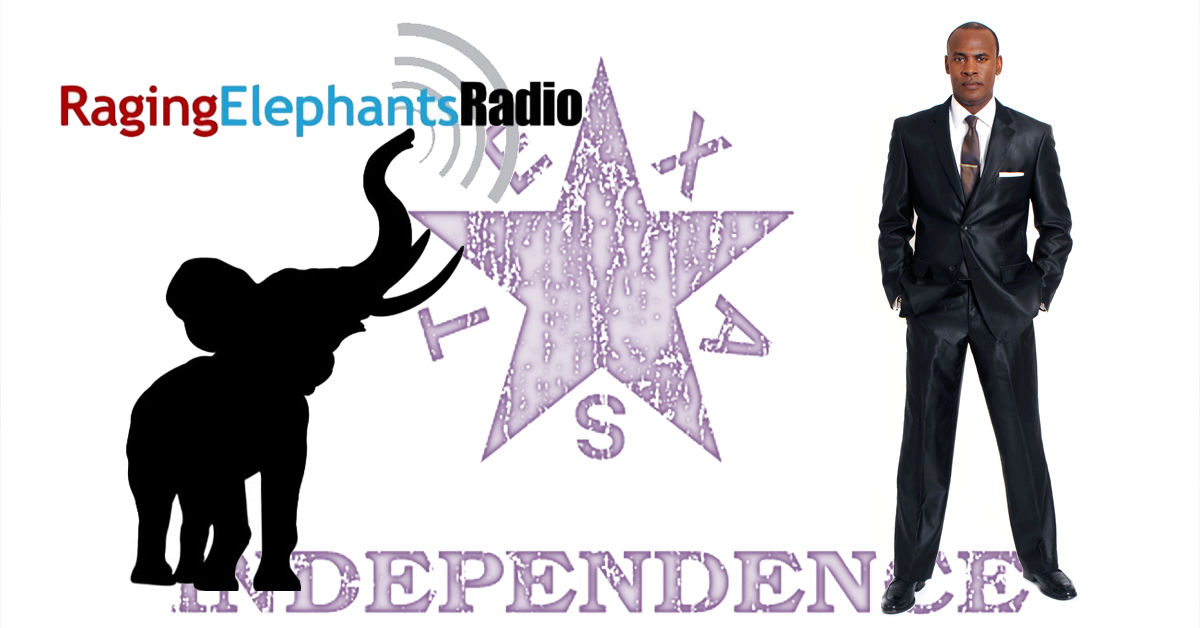 A battle is only as good as the soldiers that fight it; any general could tell you that. When it comes to the struggle to preserve Texas’ values and quality of life from the federal monster, this is equally true. One important voice for independence and general Liberty concerns is the Houston area internet radio personality and political activist, the Apostle Claver Kamau-Imani. Recently, he agreed to speak with the Texian Partisan and we got to know a little about his family background, his history in politics and media, and the issues that drove him to embrace Texas independence as the only way to for Texas survive a Washington contemptuous of the limits imposed on it by the Constitution.

‘Yes, Texas independence is possible. In fact, the prospect of Texas independence is most probable. As I’ve personally traveled around Texas and the [Union], the question of when Texas is going to declare independence is the most often fielded query. Multitudes hunger for a new oasis of liberty. Americans and citizens of the globe are prayerfully looking to Texas to fulfill its obvious destiny. Electorally, legislatively, the path is laid out.’

With Lone Star roots that go back at least five generations and hailing from East Texas, Apostle Claver is the founder of Raging Elephants Radio: the streaming audio site identified on its Facebook page as “your conservative voice and all things politics and business for the state of Texas.” The site has been around for several years with a no-holds-barred Liberty-focused approach to Texas politics.

While Claver is probably best known for his internet radio work over the last five years, Apostle Claver is by no means a new-comer to politics. Starting as a youth, Claver has had some involvement in politics for most of his life. His father, civil rights leader and occasional political candidate, the late Cleveland Nisby, was a big influence there. 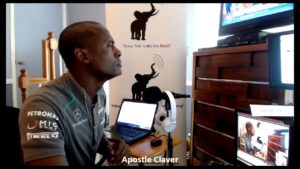 Mr. Nisby was a Mobil Oil shift-worker in addition to being President of the Beaumont chapter of the NAACP and deacon at the Starlight Baptist Church. Claver speaks highly of his father and the political education he received from him. Many times, Claver would accompany and aid his father in his activities, whether it was registering black Texan voters or going off with him to Austin with him as he testified before some committee. “[My father] and his associates, local civil rights leaders and political activists,” Claver said, “were some of the smartest political minds that I’ve ever known. And most people don’t even know their names.”

The house that his father built himself served as a hub of sorts for his father’s and the NAACP’s political activities in the area. There, Claver received first-hand tutoring in politics and the harsh-realities of misused governmental power.

I could hear everything going on down in the living room, and I could hear them talking their strategies and the issues they were dealing with. I learned a lot… Because of my father’s position, there really wasn’t a week that went by that someone wasn’t in that little living room expressing their grievance. They didn’t go to the police because many times it was the police that were being pointed towards as the perpetrators. You know, violations of justice and civil rights.

At the age of 14, Claver got his first political job reporting for a small paper with a focus on the concerns of the black community. He was also involved with his school newspaper and yearbook, honing the his apparently natural communication skills that would later serve him well. He also went on to major in Communications at Lamar University. However, he believes the twelve years he would later live in Washington D.C. were primary to his development, where he “cut [his] professional and business teeth.”

A big moment in his political evolution happened when he stumbled upon the Libertarian Party Convention on C-Span, while still living in Washington. Up until that point, Klaver was really only familiar with the two major parties. I saw them nominate a black man for their VP nominee! That was astonishing! I never saw that before… When they were expressing their viewpoint on certain issues, I found myself like ‘Wow! Geeze! I agree with that!’” And that’s when I began to discover what has become my political ideology, and that’s life, Liberty, and prosperity… I expanded my horizons.”

After returning to Houston, Claver turned his new interest in libertarianism into proactive efforts, seeking and holding positions (Communications Director, Vice Chair) within the Harris County Libertarian Party. However, shortly after becoming Vice Chair, Claver credits as a “definitive moment” in his life when he had a “salvation experience” and felt a call a call into Christian ministry. That point put him on “different track in all aspects of life.” Claver went on to serve in the ministry of his non-denominational church for about nine years. This experience helped to complete a whole world-view which, in 2007, Claver was able to articulate through hosting a radio talk show in the Houston area. Eventually, combined with a newfound resolve that you needed to operate within a major political party for any substantive change, this led to the birth of Raging Elephants Radio.

Regarding how he became involved with the Texas Nationalist Movement and the idea of Texas Independence, he indicated that this was a natural outgrowth from the beliefs that he had been cultivating until that time. However, the incessant overreach the government in Washington did its best to give him that nudge of encouragement to commit to the cause, chiefly the Supreme Court case where the Justices voted to impose same-sex marriage on all the states. Claver was so upset by this latest example of judicial fiat, while speaking at a Tea Party rally, he stayed seated for the “Star Spangled Banner.” Though he doesn’t continue the practice today, regarding standing for the anthem as obligatory respect as to a foreign nation, that occasion was a watershed moment for Claver in realizing how far the Federal Government will go to enforce a standard at odds with many Americans. “I’ve prayed we see that reality [independence] for Texas before I take my last breath. That’s just where I am. I mean, I just don’t see the United States repenting spiritually, and certainly in policy, to change.”

There are many reasons why Texans support leaving the U.S., and for Apostle Claver, the social agenda of the federal government is a big one. It’s not so much that Washington is calling for tolerance between people of different beliefs, they’re taking sides and, with their immense powers, imposing one view on everyone. Faced with that illegitimate and determined assault on traditional values, people of faith have only two choices: bend the knee to government that over-runs its mandate or quit the Union.

Apostle Claver is a regular content contributor to the Texas Nationalist Movement, either by hosting regular guest appearances of TNM President Daniel Miller on his show, or by serving as MC or speaker TNM events. If you’d like to listen to Raging Elephants Radio, follow the link or download the app at your app store.