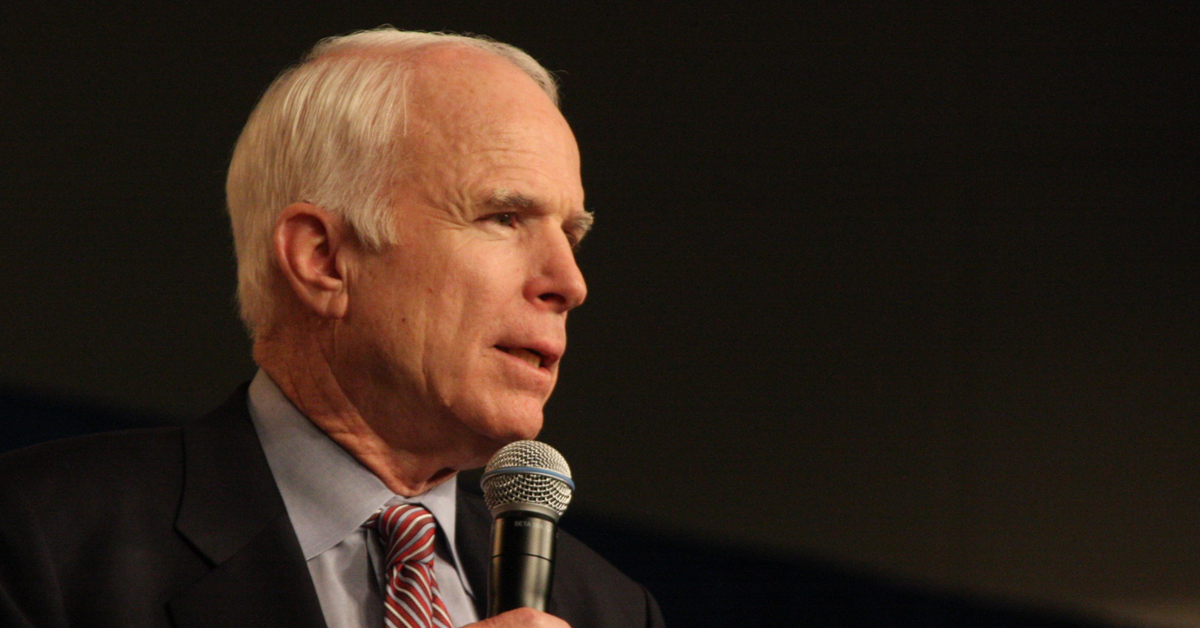 Republican’s one last shot (possibly forever) at affecting Obamacare appears over. The Hill is reporting that Senator John McCain of Arizona has just declared his intention to vote no on the Graham-Cassidy reform bill. The GOP no longer has the votes, even with Vice President Pence, to pass this last-ditch effort at reforming Obamacare.

Just to be clear, the Graham-Cassidy bill was not a repeal of Obamacare, but rather a restructuring of the law. It gave more control to the states, but left most of the ACA structure in place, including the pre-existing conditions, the thing driving healthcare prices. Ultimately, Graham-Cassidy was still the government invading an area of the private sector that they had no business being in. You can read the details here.

For Republican law-makers, there’s a small silver lining: one thing Graham-Cassidy would’ve done is to give the GOP the blame for the awfulness left in ACA. Nothing but a full repeal could have spared them that. However, the party still bears the larger shame of not doing what they said they’d do, and this humiliation is shared from the President on down.

McCain’s decision to vote against the measure makes it impossible for the Republicans to pass such a bill under the reconciliation process. To do that, they’ll have to wait until the next fiscal year, and who knows what the political landscape will look like then? Strangely undaunted by this reality, one that he helped bring to pass, McCain said in a statement:

“I cannot in good conscience vote for the Graham-Cassidy proposal. I believe we could do better working together, Republicans and Democrats, and have not yet really tried.”

McCain’s statement aside, if REPUBLICANS would have worked together and kept their word, they could have passed a REAL Obamacare repeal, not all these various levels of Obamacare-light that they’ve been trying to pass. McCain is a huge reason why Obamacare will not be repealed, but I’m afraid the whole of the federal government bears this disgrace; the executive, the legislative and the Court each branch did their part. This disaster is the nexus of incompetence, reprehensible political machinations, and a failure to act for fear of losing power. The States of America have been stabbed in the back, and the blood covers the hands of all of Washington.

If Texas wants to avoid the high-cost and failure of Obamacare, not to mention the big push for cancerous socialized-medicine that’s on the way (as planned), we’re going to have to put Washington in our rear-view mirror. There is no other way. They can’t fix this, and collectively, they don’t want to. Time to Texit.