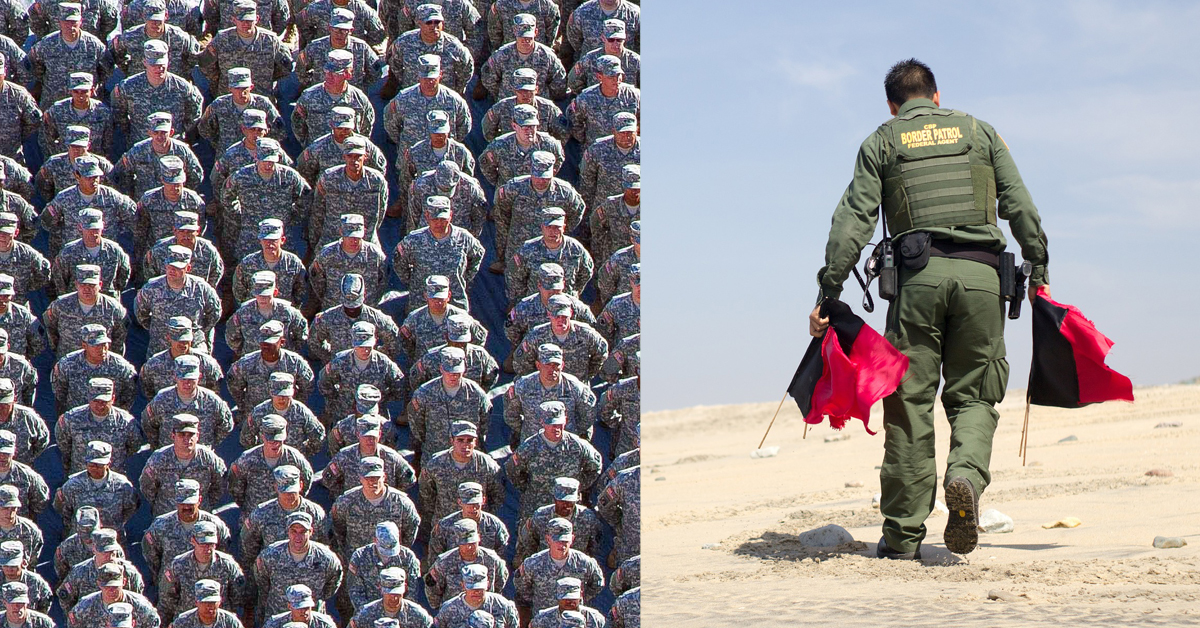 By now, you’ve probably heard the news: President Trump is sending the National Guard to protect the U.S./Mexico border! The wall isn’t getting built, but by golly, Trump finally did something about the border, using the power of Washington for us rather than against us by heroically issuing orders that USNG take up the slack!

If you read the directive, there are no orders from a Commander and Chief, but instead a request to the Governors to call up the Guard on his behalf.

The Secretary of Defense shall request use of National Guard personnel to assist in fulfilling this mission, pursuant to section 502 of title 32, United States Code, and may use such other authorities as appropriate and consistent with applicable law.

A request is not an order. And Trump did things this way because the President has no legal authority to issue orders to the National Guard domestically and is prohibited from using federal troops for missions inside the United States. Instead, under Title 32, the Governor of a particular state is the Commander in Chief of the National Guard forces. This means that the state governors, not President Trump, will supervise the border operations in their states, including Governor Jerry Brown in the state of California.

Governor Brown in charge: that’s a recipe for an outstanding border op, don’t you agree?

Always one step ahead, Texas already had Texas Guard troops on the border under the command of Governor Abbott. However this isn’t the first time this has happened, and Trump isn’t the first President to send troops to the border. Obama and Bush also pretended to rally forces to prevent illegal immigration. In all cases, the troops were more like highly-paid observers, not being issued firearms and and prohibited from actually arresting people who crossed the border. Citizens living along the Mexican border in desperate need of help should take umbrage that.

Because of the extreme ineptitude of the Federal Government, citizen-solders are being asked to leave higher-paying jobs and families behind to stand at the border with as much power as a scarecrow. Washington has made border control a problem for the states to solve, but has tied the states’ hands behind their backs with red tape.

The Federal Government, while but partially under the control of these our unnatural and sectional enemies, has for years almost entirely failed to protect the lives and property of the people of Texas against the Indian savages on our border, and more recently against the murderous forays of banditti from the neighboring territory of Mexico; and when our State government has expended large amounts for such purpose, the Federal Government has refused reimbursement therefor, thus rendering our condition more insecure and harrassing than it was during the existence of the Republic of Texas.

That sounds as if it could have been written yesterday, doesn’t it? And one of the major reasons, if not THE reason for the republic joining the Union was border security, after enduring numerous raids from Mexican regulars and bandits alike. One hundred and seventy three years later, and we’re still waiting for Washington to do its job.

Texans need to let this sink in: Washington’s interests do not align with our interests. Texas would be far better off protecting its own border and establishing and implementing its own policies that align with the will of the people of Texas.