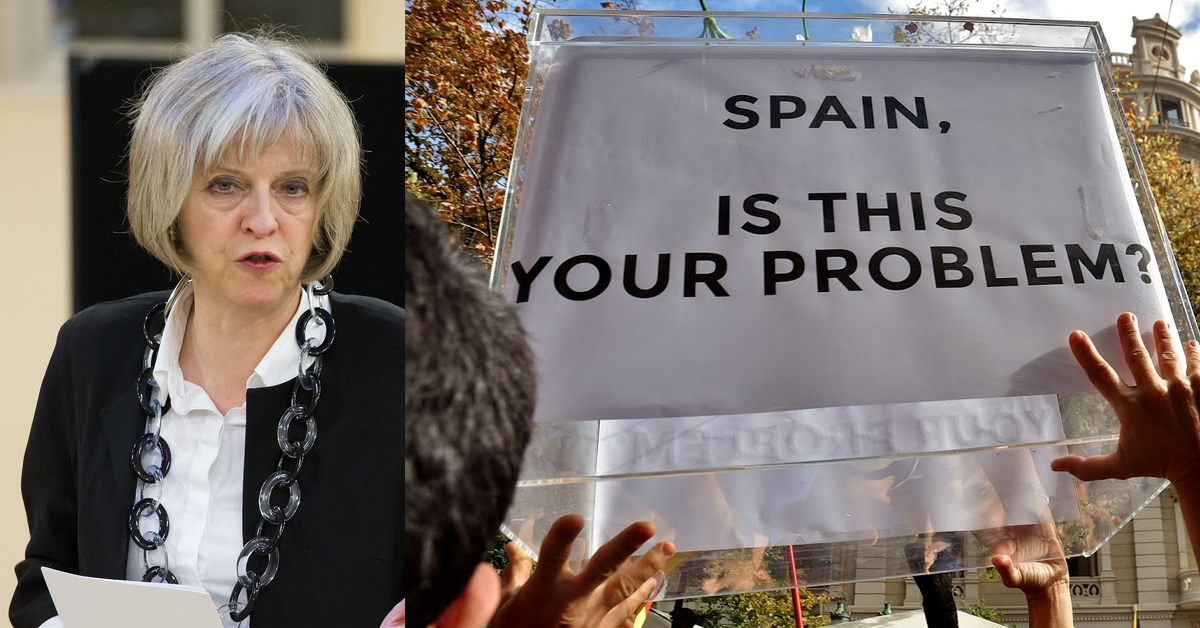 UK Prime Minister Theresa May says that her country will not recognize Catalonian independence if they go ahead with a formal declaration. In her comments to Spanish PM Rajoy, she claimed that such a declaration would be “‘inconsistent with the rule of law.'”

This is the latest example in a pattern that seems to be emerging with May, one where she appears to be siding with European interests. The EU is emphatically against Catalonia’s separation from Spain (no surprise there), but what is surprising is how often May seems to see things the EU way.

At the beginning of the month, the United Kingdom Independence Party’s new head, Henry Bolton, took May to task over Brexit negotiations, saying that what she was delivering a Brexit “‘in name only.'” Things have gotten so bad between trade negations and questions on EU judicial power during the proposed two year transitional period that British leaders, including members of May’s own party, are urging May to plan to walk away from negotiations.

May’s support for the EU position on Catalonia couldn’t come at a worse time. Reportedly, after attempts by Catalan to bring Spain to the negotiating table, in lieu of an independence declaration, Spain is planning on using a so-called “‘Nuclear option,'” an Article 155, in which they will totally suspend Catalan’s autonomy. You can bet that this will be followed by the sort of repression the Spanish have become known for, in recent months. May’s failure to offer solidarity to Catalan could cost them dearly.

May’s reluctance to support other peaceful independence movements and her dragging her heals on Brexit has led some to question May’s commitment to self-determination. Combined with our own President Trump’s capitulation to Eurocrats on Catalan independence, a break with his previous support for self-determination, this represents a blow to independence and Liberty in the world. However, this is not to say that this is the end of Brexit or the Catalan effort. When a people withdraw their consent to be ruled, eventually, the People will triumph. However, this make things more difficult and increases the possibility of continued violence.

Those in Texas should take note for a theoretical Texit. We must beware of the weak will and duplicitous nature of politicians, even our own. When we negotiate our withdrawal from the U.S., we must be decisive and steadfast, not allowing negotiations from a place of weakness; that will always invite trouble.